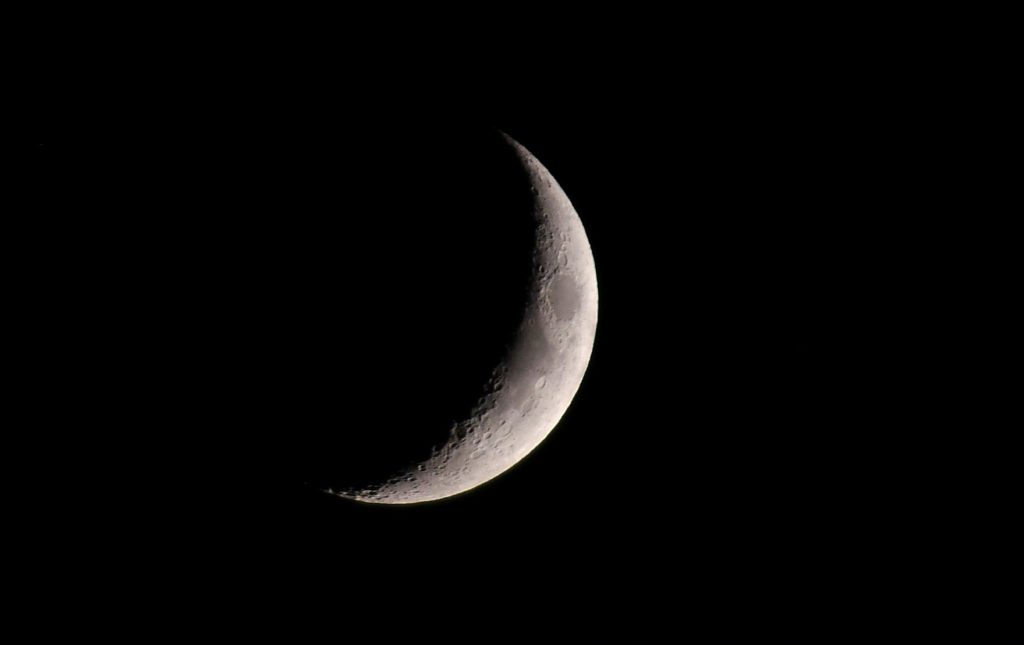 The crescent moon has always been an object of reverence.

“Against all the gods of Egypt I will execute judgment: I am the LORD.” Exodus 12:12.

God’s way of dealing with false religions and false gods is not to have joint worship services with them. No, instead He judges them. We need a revival of pure biblical faith today, not a mixture of every faith.

The Egyptians worshiped Khonsu, the moon god of fertility. They reverenced the symbol of a crescent moon by placing it on top of the head of Apis, another Egyptian god. The pre-Islamic pagans in Arabia also worshipped the moon god who they called “Hubal.” [1] Hubal was only one of many gods worshiped by the ancient Arabs, and all their gods were under “Allah,” their chief god.

“Allah was originally an ancient rain/sky deity who had been elevated into the role of the supreme god of the pre-Islamic Arabs.” [1]

When Mohammad brought an end to the gods of the ancient Arabs, he replaced their religion with the faith of Islam. Mohammad kept “Allah” as the one, true god and made the crescent moon the symbol of his new religion. The same crescent moon worshipped by the Egyptians and the pre-Islamic Arabs are seen today on top of Muslim Mosques world-wide. 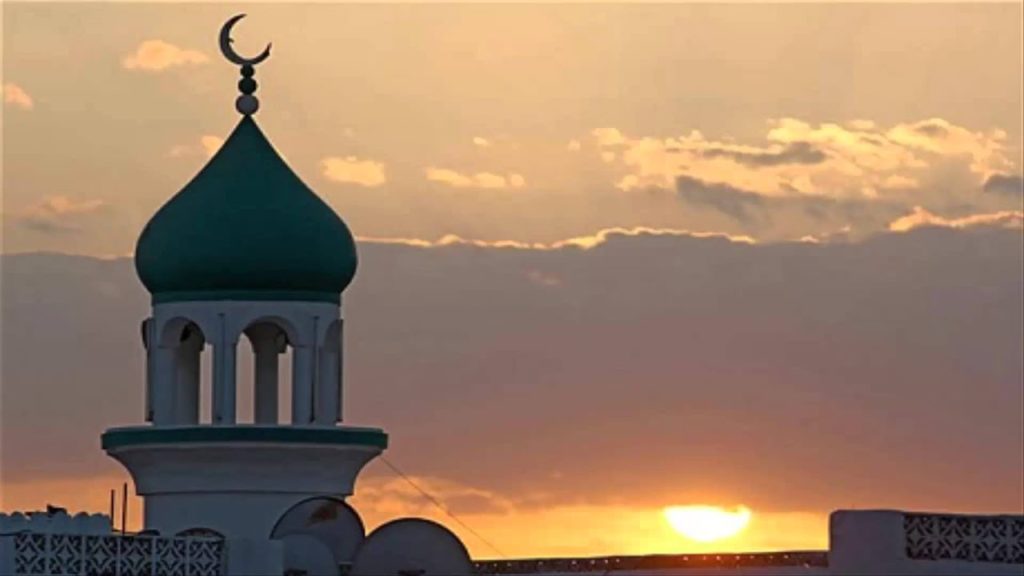 Crescent moons are a fixture in all Muslim places of worship.

Mohammad also proclaimed the 5 Pillars of Islam that all believers must perform. One of the pillars has to do with the observance of Ramadan. It was during the month of Ramadan that Allah supposedly gave Mohammed his revelations that are found in the Quran. So Ramadan commemorates the birth of the Quran. [2] 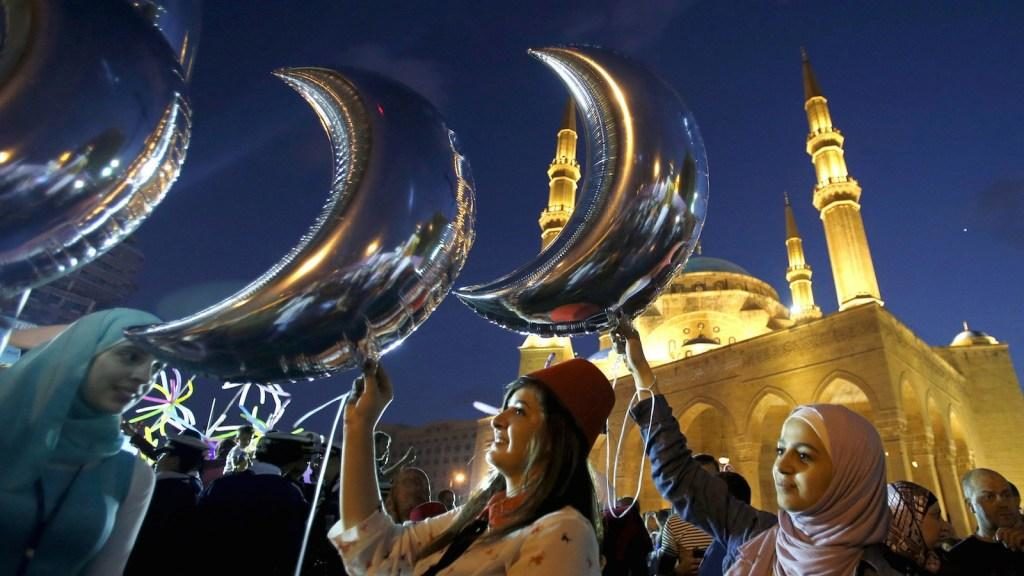 During Ramadan, believers pray to Allah, read the Quran, fast and do “good works.” This is mandatory. Muslims believe that Allah grants special spiritual gifts and victories during this time. At the end of Ramadan, just as the crescent moon begins to rise in the evening, Muslims worldwide celebrate a religious feast called “Ramadan Bayram,” that marks the end of Islam’s most holy month.

As part of an effort aimed at improving relations between the various faiths – Roman Catholics, Evangelicals, Seventh-day Adventists and political leaders have been participating in the religious observance of Ramadan. All of the faiths have united to eat of the “Ramadan Bayram,” a special religious dinner that marks the end of Ramadan. 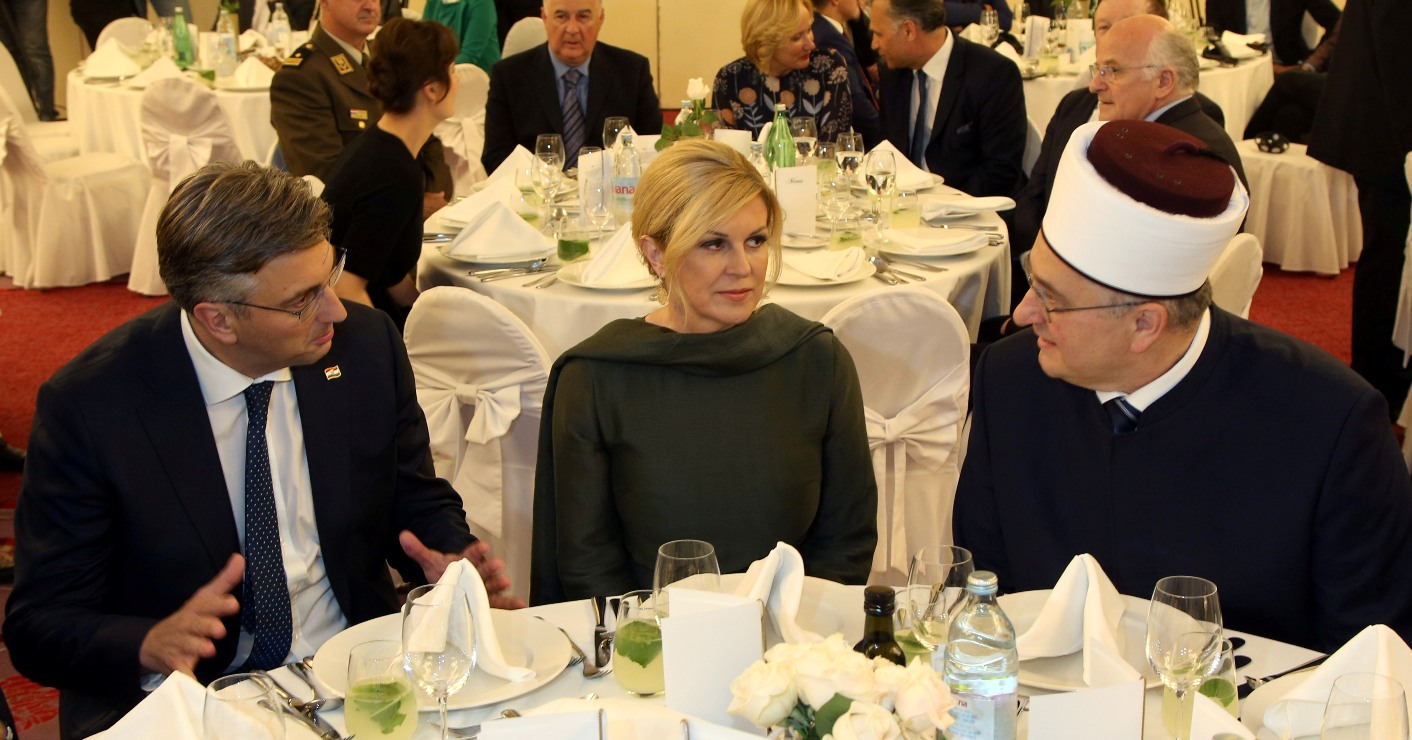 On June 4, 2019 in Zagreb, the capitol of Croatia, a gathering of religious and top political leaders met to celebrate Ramadan. The President of the Islamic Community in Croatia, Mufti Aziz Hasanović, invited all the politicians and religious leaders to celebrate the end of Ramadan with a religious ceremonial dinner at the Hotel Weston. One reporter described the reception this way:

“It seems that a good mood was at the table and that all disagreements and confusions were left behind.” [3] 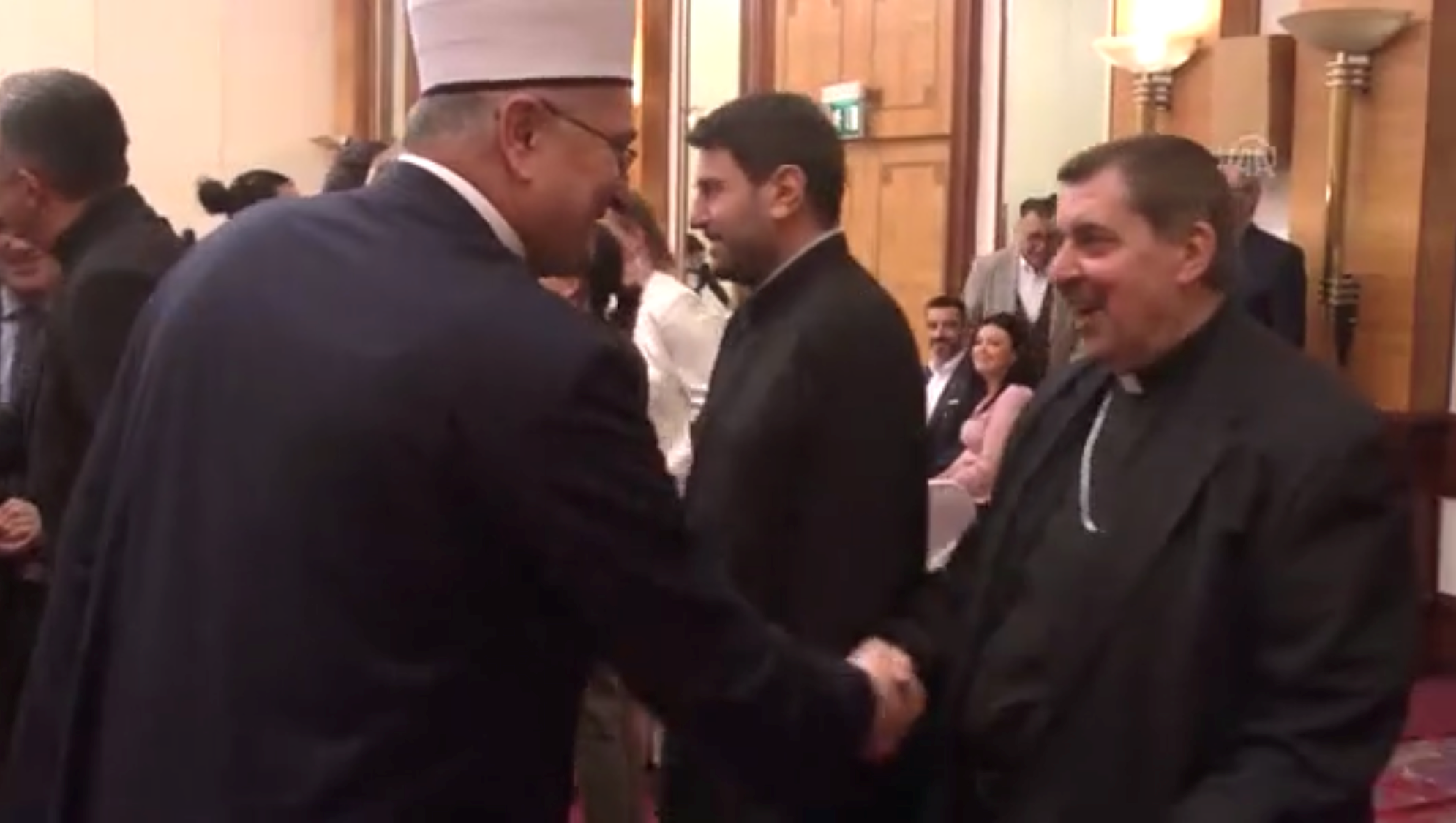 Of course these religious leaders who are doing this believe that this is the loving and Christian thing to do. They claim that love and unity demands that such ecumenical worship services take place. But these misinformed Christians don’t know anything about Ramadan.

Ramadan is something that no Seventh-day Adventist or any other Christian should ever celebrate, participate or endorse. Ramadan is a time when Muslim terrorist attacks, called Jihad, increase dramatically. More “Christian” infidels are attacked and killed by Muslims during Ramadan than at any other time of the year. This is what the Middle East Media Research Institute has reported: 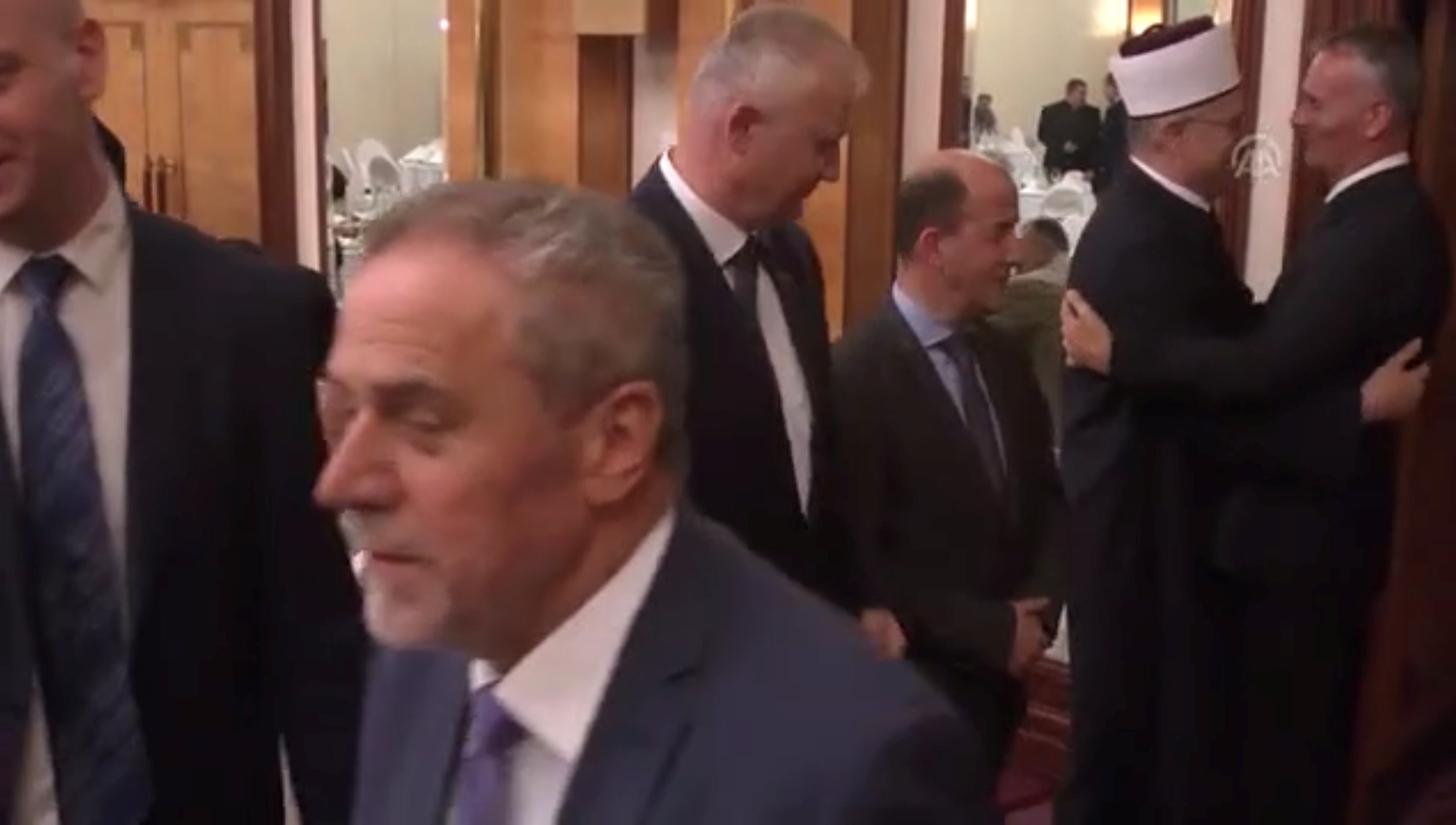 “The month of Ramadan, the month of fasting, has a special status as the month of religious spirituality and devotion. However, in Muslim tradition it is also perceived as a month of jihad and martyrdom, a month in which Allah grants military victories to His believers.”

“Given the historic religious and military significance of Ramadan, Islamist and jihadi groups, and sometimes also mainstream Arab organizations and Arab media, escalate incitement to jihad and martyrdom during this month.” [4]

There is a very real connection between Ramadan and Jihad. More innocent Christians are killed during this time and Seventh-day Adventists should not be celebrating this tragedy. Christians and political leaders are in apostasy because they are attempting to legitimize a teaching that comes from the Quran –  Ramadan – during one of Islam’s most sacred days dedicated to honoring the Quran. 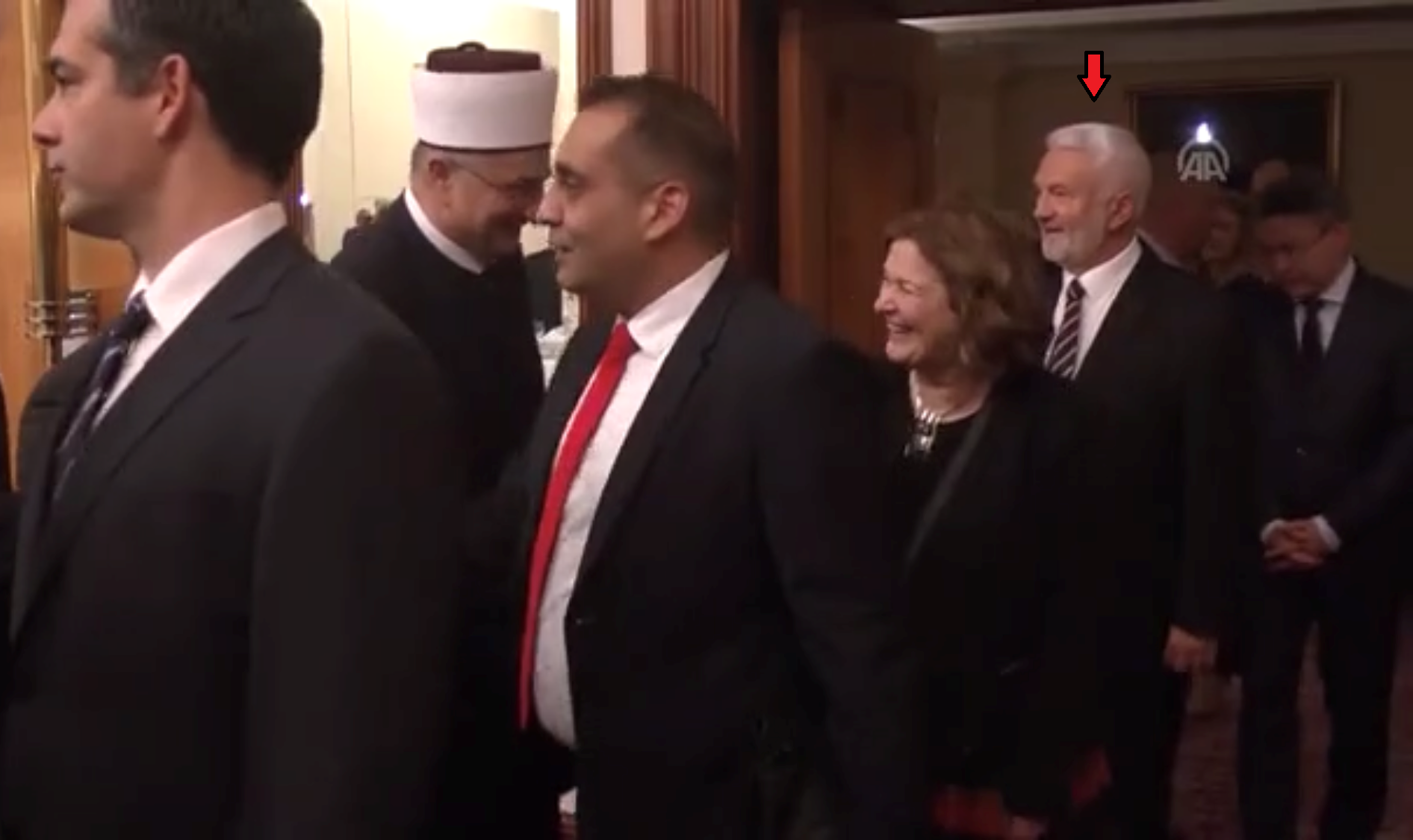 The Trans-European Division (TED) of Seventh-day Adventists sent their representative to this event. Notice what the TED said in their own words:

“Pastor Dragutin Matak, Secretary General of the Croatian Religious Liberty Association, attended a special Ramadan Bajram festival [end of Ramadan dinner] at the invitation of Dr Aziz ef Hasanović, mufti of the Islamic Religious Community in the Republic of Croatia.”

“In the spirit of Ramadan, all speakers emphasized the importance of ever better interpersonal relationships. Participants learnt that during Ramadan, from dawn to sunset, believers do not consume food and drink (including water), abstain from sexual relations and smoking tobacco. Particular importance is attached to the purity of thoughts and acts, so as to avoid any lie, blasphemy, and gossip, including lustful looks. [5] 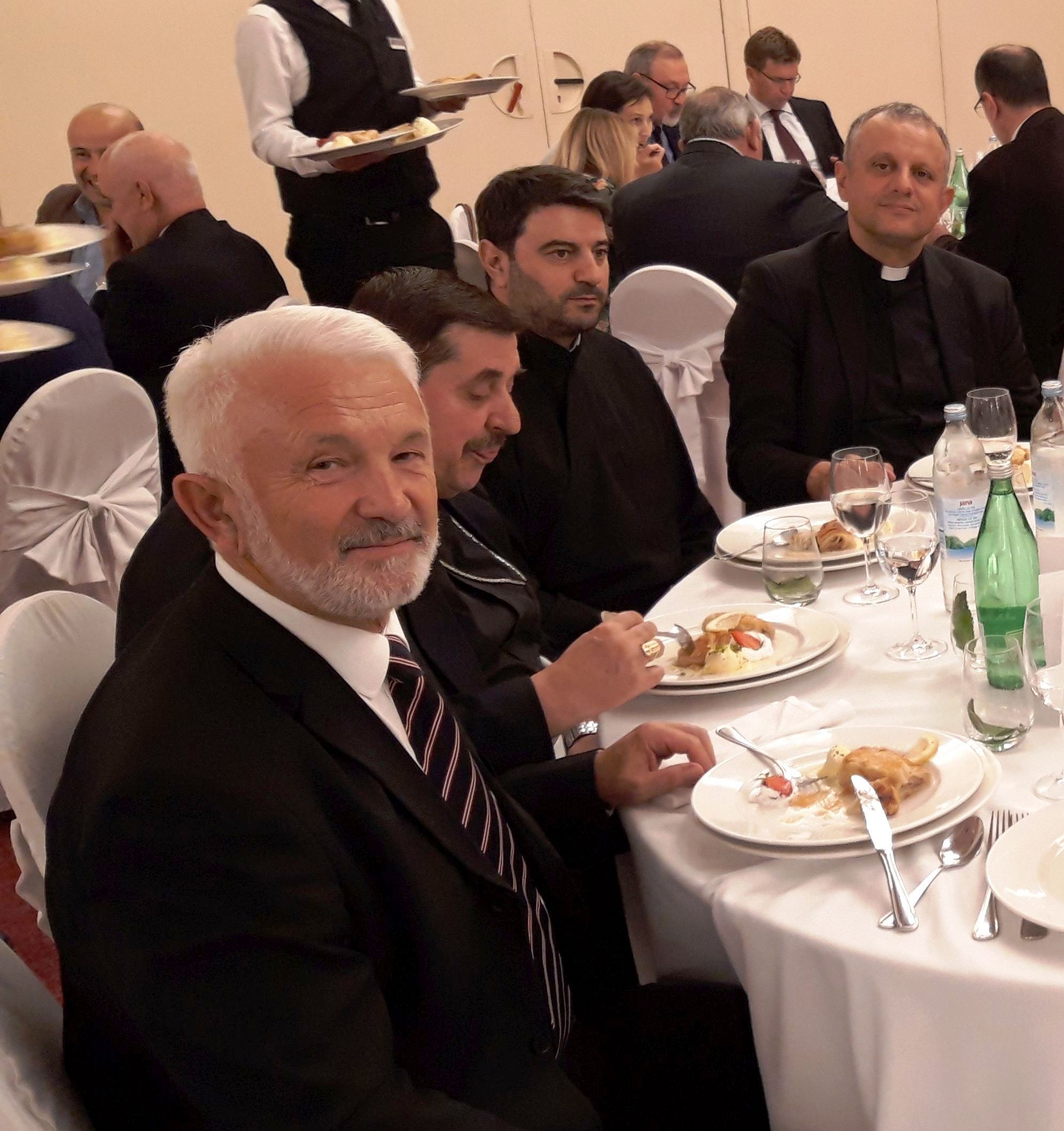 SDA Pastor Dragutin Matak (left) and head of the church’s religious liberty work is sitting with the agents of Rome while eating his Ramadan dinner. 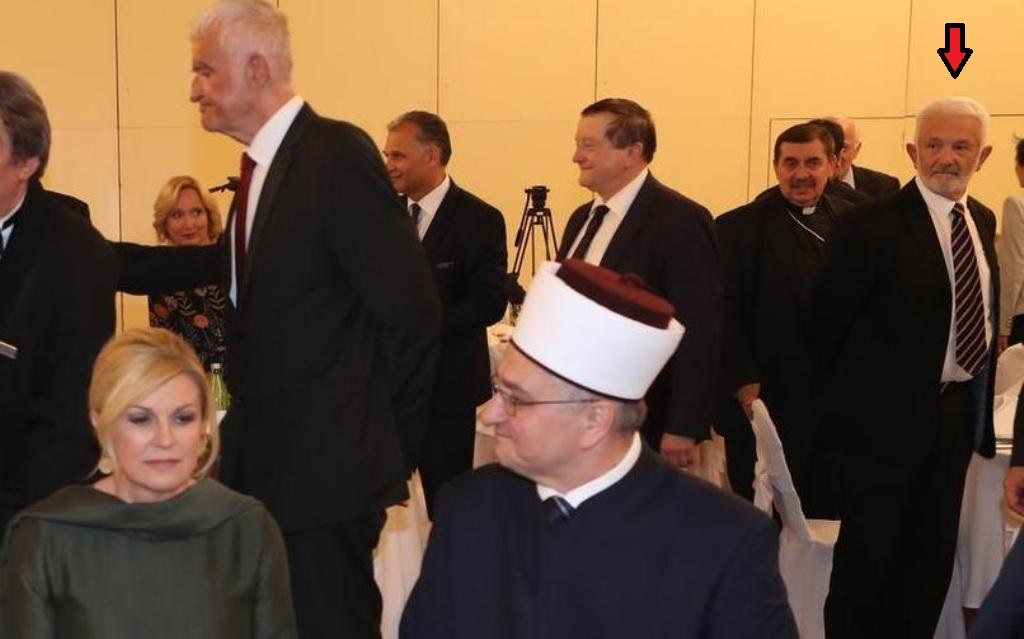 Well, what if anything did he say about this event? Here you can read in his own words his thoughts about celebrating Ramadan with Roman Catholics, Evangelicals, Muslims and political leaders. His summary was published on the Croatian Seventh-day Adventist Church’s Religious Liberty Association website: 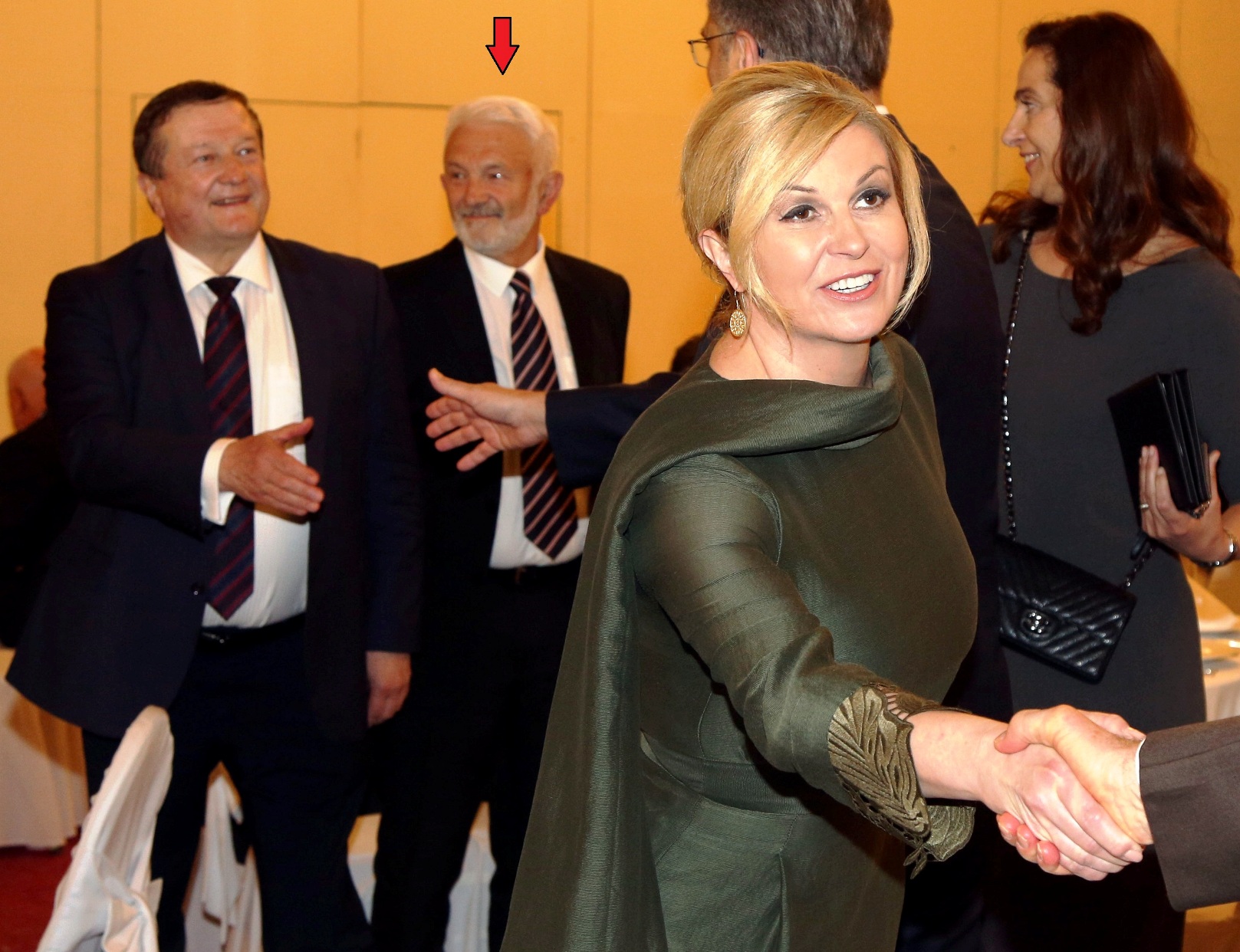 “Ramadan Mubarak,” which translates into “Happy Ramadan.” All the guest are greeting each other at the celebration of Ramadan. SDA Pastor Dragutin Matak (red arrow) is in the middle of all the action.

Celebrating Ramadan with Roman Catholics and Muslims is bringing us closer together? What is he talking about? When Christians observe the feast of Ramadan they are obeying a commandment that is given in the Quran. This act is giving credence and legitimacy to the writings of the Prophet Mohammad. This so-called Seventh-day Adventist religious liberty “expert” is placing the Quran on the same level of divine revelation – as found in the Bible. 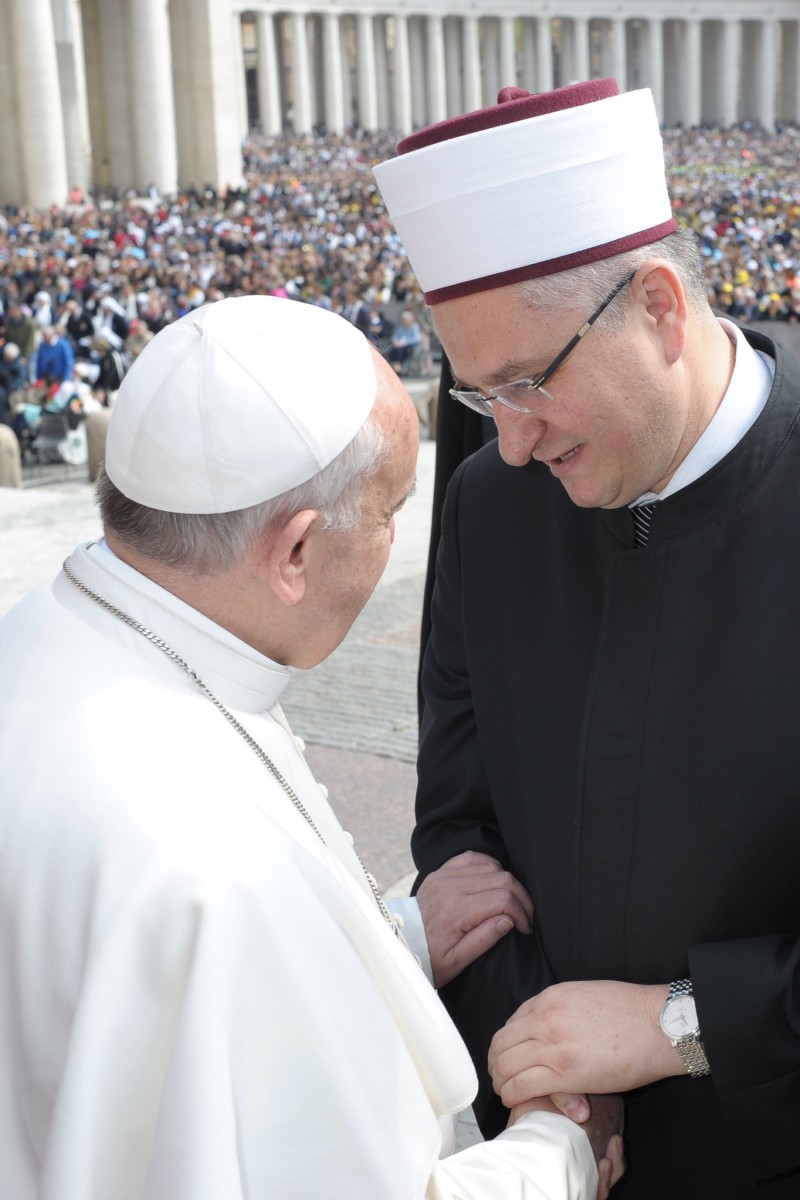 Islamic Mufti Aziz Hasanović of Croatia is doing the work of his superior, Pope Francis. Here he is embracing the pope at the Vatican. [7]

We live in dangerous times. How does legitimizing the teachings of the Quran help us to fulfill the mission which God has given us? It is a great mystery that our religious liberty “experts” would attempt to elevate Islam to the same level of the Three Angels’ Messages. The occult, mysticism, false revelations and a counterfeit gospel can never be dignified with our support or our presence.

Ramadan is a false revelation that comes from a false book? Who gave Mohammad those visions? Jesus? Islam teaches that it is blasphemy to claim that Jesus is the Son of God. Muslims deny that Jesus is God. Not only are Muslims opposed to the central doctrines of Christianity, but they are responsible for killing millions of Christians during their 1,400 year reign. 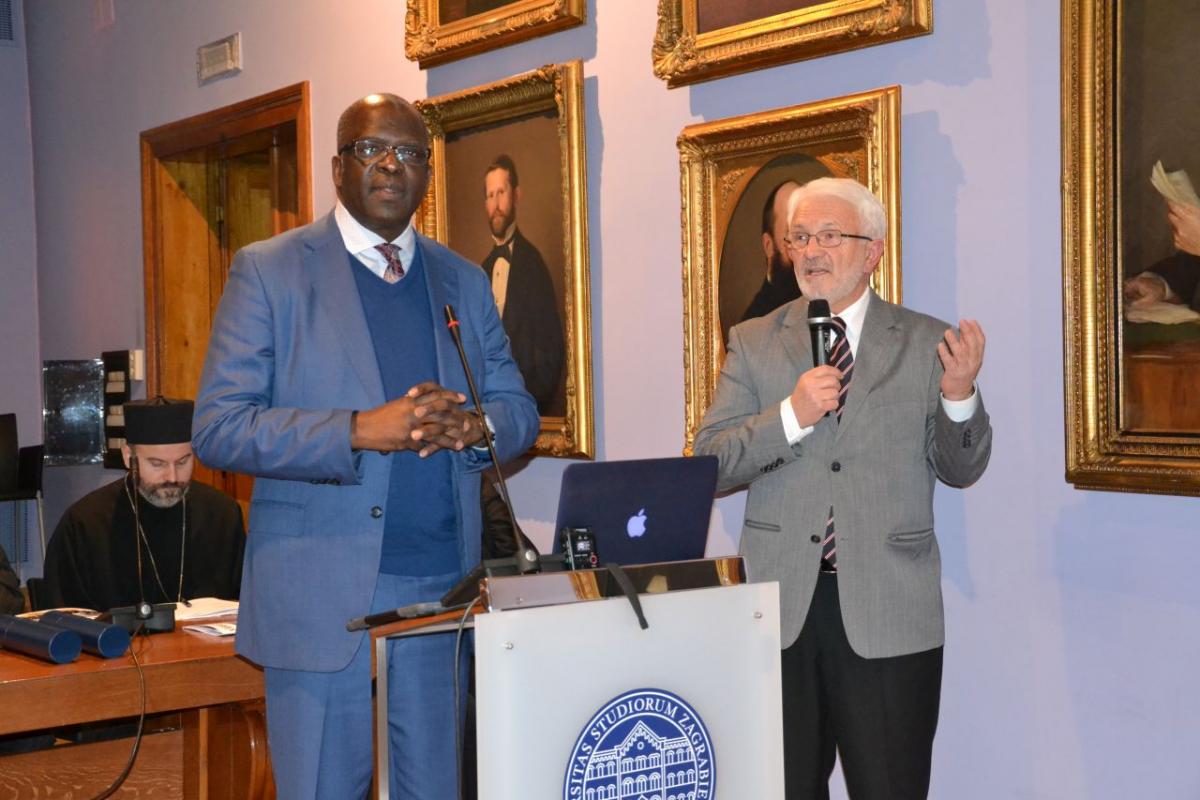 These interfaith, religious festivals are not designed to help us accomplish our work, but instead to stop it. The stage is being set for the world religions to unite. The ecumenical movement is being used by Rome to bring about a resurgence of the worship of the first beast of Revelation 13. Make no mistake – this event was hailed by the media as “important in the establishment of interreligious dialogue, and its relationship with the state and can serve as an example to other countries.” [9]

This is talking about uniting all the churches into one and then bringing them together to work with the state. This is happening before our very eyes. We should be sounding loudly the warning messages to multitudes who are being blindly led into the final apostasy.