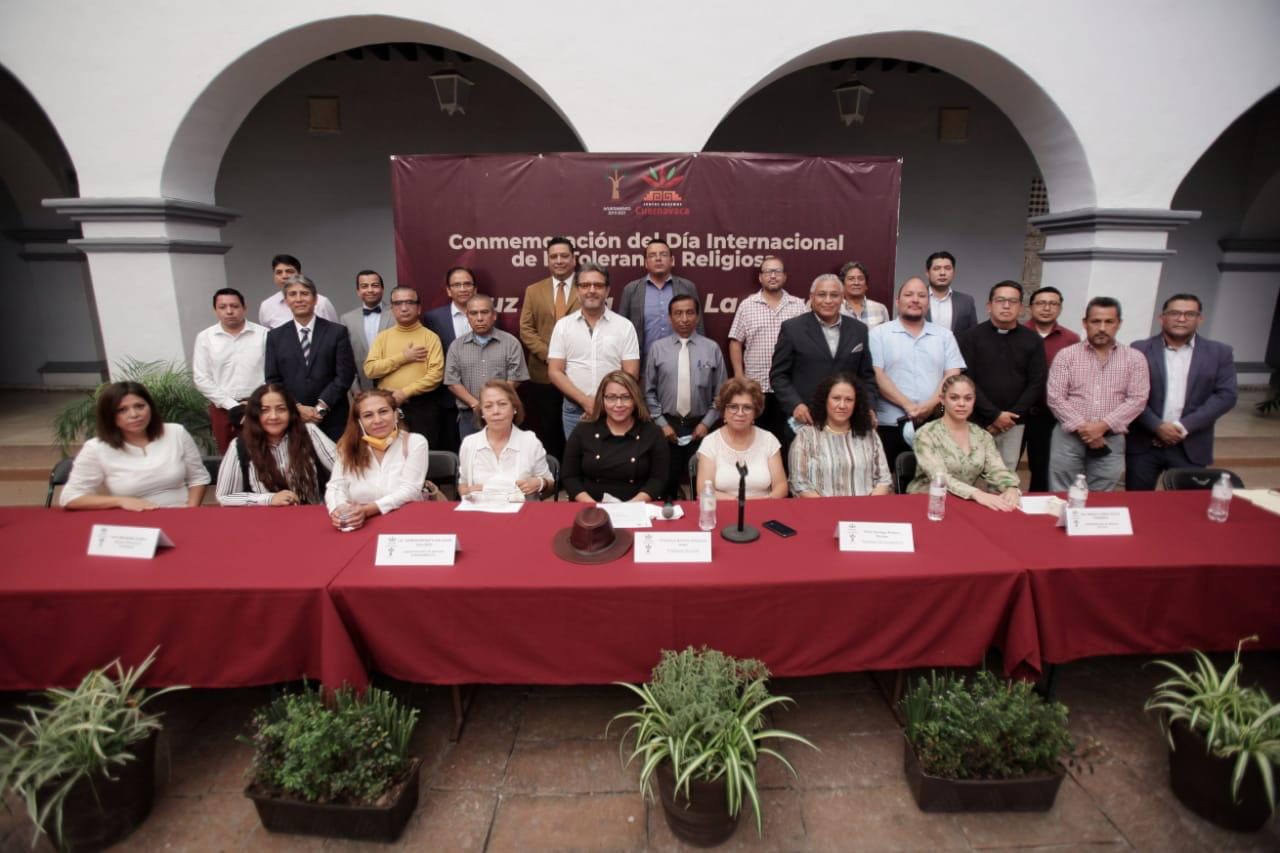 On November 17, 2020, twenty representatives from different churches met with political leaders in the city of Cuernavaca, the capitol city of the state of Morelos, Mexico. The event was called “Light for Peace and Health” and was designed to “affirm” that each church has a “duty” to be united. Candles were lighted during the closing ceremony to represent their mission of becoming “Lights for Peace and Health.”

The Mayor of Cuernavace, Antonio Villalobos, led the “emotional” ceremony and told the pastors and leaders of the different churches of their duty. The news was reported by the local newspaper and the Mayor’s office:

“The mayor of the capital affirmed that today it is a duty to seek union, because with the community of faith we are going to move forward, seeking peace and tolerance, guided in this purpose by you who are the guides of your respective beliefs.” [1] [2] 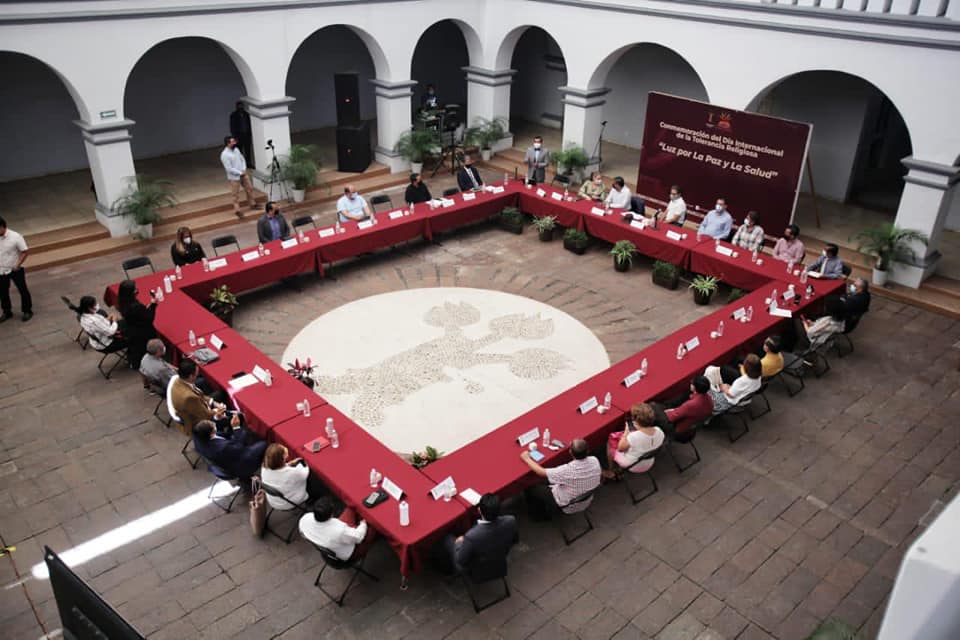 The churches represented were:

The political leaders who attended were: 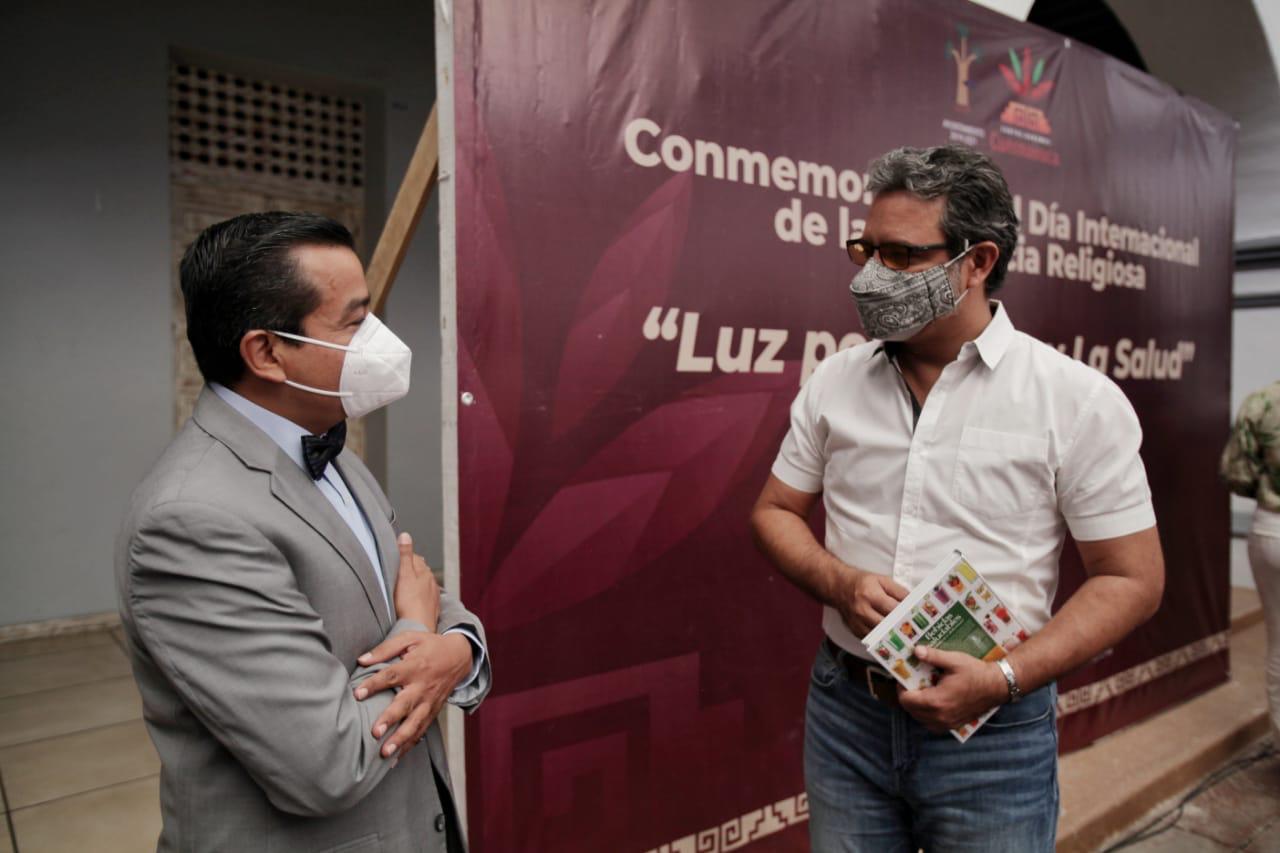 According to published reports, the introductory prayer for the “Light for Peace and Health” ecumenical celebration was given by Pastor Saúl Kepler Álvarez, the national representative of the Seventh-day Adventist Church in Mexico. Then Pastor Mauro Chino Silve, president of the Interreligious Association of the State of Morelos gave an invocation. Then Pastor Débora Villa of the Casa de Gracia Church gave a prayer. The Roman Catholic Priest Tomás Toral Nájera, Vicar General of the Diocese of Cuernavaca, offered his blessing for the interfaith event. Finally, as a sign of union, the candle-lighting ceremony took place representing the different churches and their mission to be the “Light for Peace and Health.” [1] [2] 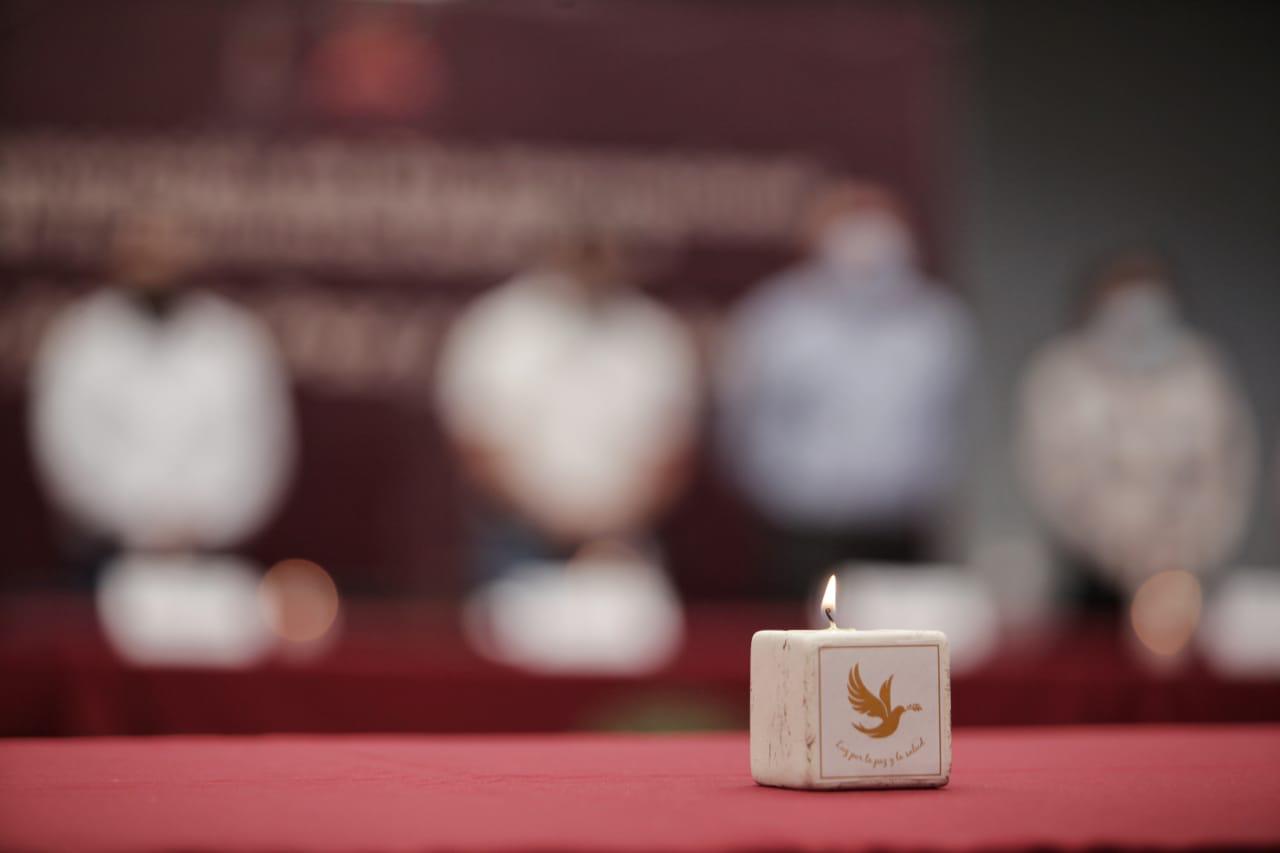 The candles say: Light for Peace and Health.

The current ecumenical movement has embraced the teachings of Rome – Laudato Si’, Fratelli Tutti, Querida Amazonia and other pagan, pantheistic and heretical teachings that are destroying faith in God’s word. The Bible predicts that in the last days churches that profess to be Christian will be in a terrible state of apostasy. Christianity will deteriorate and become nothing more than a charade.

“In the last days perilous times shall come. For men shall be lovers of their own selves … having a form of godliness, but denying the power thereof: from such turn away.” 2 Timothy 3:1-5

“In the latter times some shall depart from the faith, giving heed to seducing spirits, and doctrines of devils; speaking lies in hypocrisy; having their conscience seared with a hot iron.” 1 Timothy 4:1, 2.

“For that day shall not come (Second Coming), except there come a falling away first, and that man of sin be revealed … For the mystery of iniquity doth already work … Even him, whose coming is after the working of Satan with all power and signs and lying wonders, And with all deceivableness of unrighteousness in them that perish; because they received not the love of the truth, that they might be saved. And for this cause God shall send them strong delusion, that they should believe a lie: That they all might be damned who believed not the truth, but had pleasure in unrighteousness.” 2 Thessalonians 2:3-12. 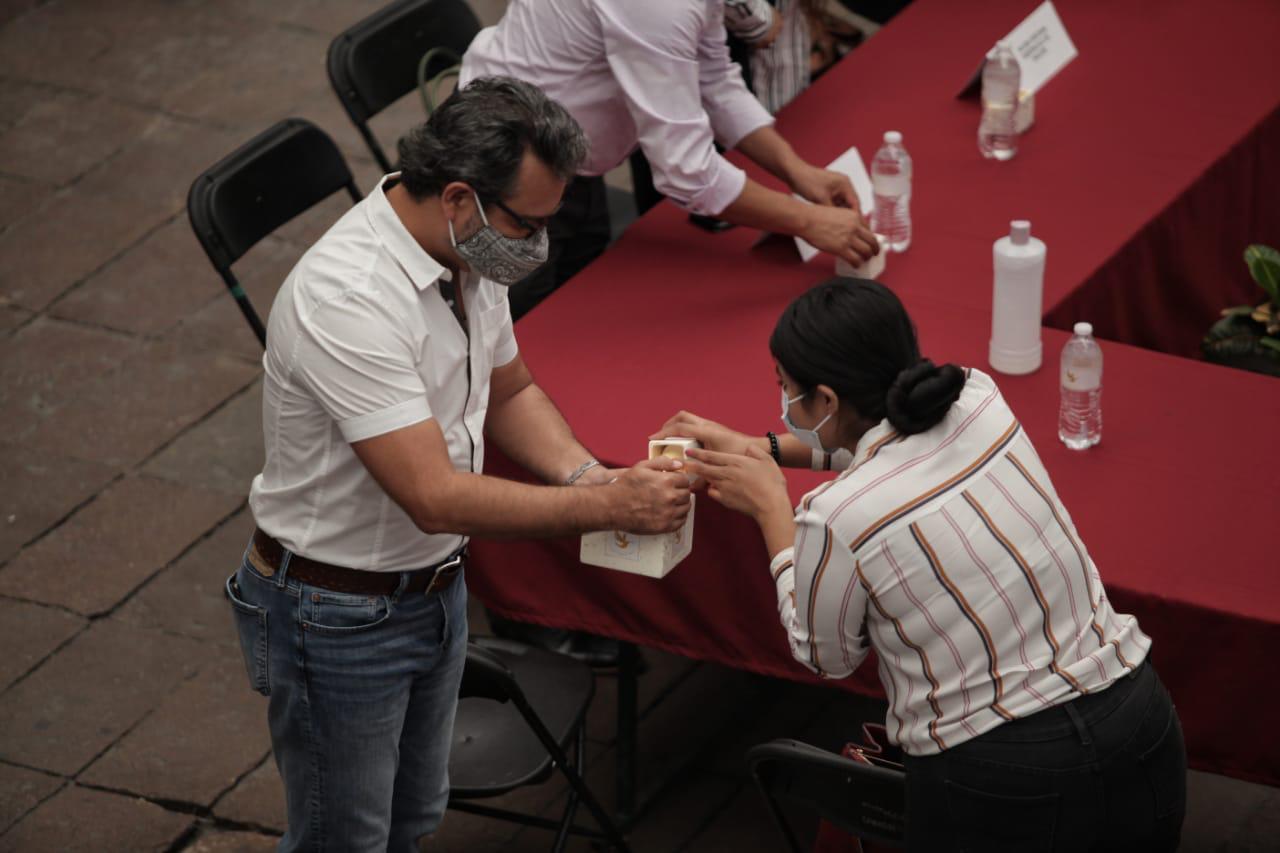 But the condition that will exist in the Christian churches is about to get much worse. There are demonic and hypnotic powers within these fallen churches. Most of today’s churches are guilty of embracing and promoting deadly heresy. Paul classifies this great deviation from faith with some of the most heinous sins that can be committed.

“Adultery, fornication, uncleanness, lasciviousness, Idolatry, witchcraft, hatred, variance, emulations, wrath, strife, seditions, heresies, Envyings, murders, drunkenness, revellings, and such like: of the which I tell you before, as I have also told you in time past, that they which do such things shall not inherit the kingdom of God.” Galatians 5:19-21.

Those who embrace, promote and tolerate deadly heresy will not inherit the kingdom of God. God has given us a divine warning that we better heed:

Satan disguises the true character and nature of his heresies. Satan’s purposes and goals often appear as an angel of light to those he deceives. To counter God’s truth, he sends his agents to secretly introduce deceptive principles. Often times, our great adversary mixes his theories with beautiful truths that are found in the Bible and the Spirit of Prophecy. He does this in an effort to make error more acceptable and to mix falsehoods with truth.

We have seen article after article appearing in official Seventh-day Adventist publications written by top church leaders doing just this. They try to justify the modern ecumenical movement and their engagements with Rome. But we have forgotten that nothing escapes the eyes of God. The Holy Scriptures warn that there will be a heretical ecumenical union in these last days.

“Associate yourselves, O ye people … Take counsel together, and it shall come to naught; speak the word, and it shall not stand.” Isaiah 8:9, 10.

And what command does God give to the faithful about these heretical unions?

God tells us to have nothing to do with those who openly advocate for an ecumenical confederacy of heresy. God says don’t accept their policies and don’t fear their fears. The modern ecumenical movement fears the climate crisis, it fears COVID-19, it fears capitalism, it fears fundamentalism, it fears independence and it fears Rome. Rather than fear the things our world fears, Seventh-day Adventists should fear God and give Him glory, keep His commandments and proclaim His message.

An interfaith ecumenical confederacy is being created today in fulfillment of Bible prophecy. A global political-religious power, which once had ecumenical authority, but lost it, will rise again. It is called the healing of the deadly wound:

“And I saw one of his heads as it were wounded to death; and his deadly wound was healed: and all the world wondered after the beast … And he doeth great wonders, so that he maketh fire come down from heaven on the earth in the sight of men … saying to them that dwell on the earth, that they should make an image to the beast, which had the wound by a sword, and did live.” Revelation 13:3, 11-14.

How many churches and denominations are being described here in these verses? All of them, including many misguided leaders in Adventism. The world has accepted Rome’s end-time universal religious confederacy. Pope Francis calls it Fratelli Tutti, or the universal brotherhood.  And by embracing this, these churches are NOT making the Word of God their sole rule of faith and practice.

Rome’s modern ecumenical movement is made up of many gods, many faiths, many baptisms, many spirits and many bodies. God’s plan for His people is that there should only be “one body, and one Spirit, even as ye are called in one hope of your calling; One Lord, one faith, one baptism, One God and Father” (Ephesians 4:4, 5).

The global interfaith movement is doomed to fail. A confederation that embraces heresy and promotes serious doctrinal error cannot last. These days, when voices ring out from all corners, calling us to ecumenism and unity with Rome, it would be better if we pay close attention to the truth found in the God’s word and to the work that God wants us to do.

May we stay away from the deceptions of the end-times. It does matter what we accept and what we preach. Only as we embrace the truths given through the Holy Scriptures and are sanctified by them, will we receive God’s approval and find a home in His soon-coming kingdom.