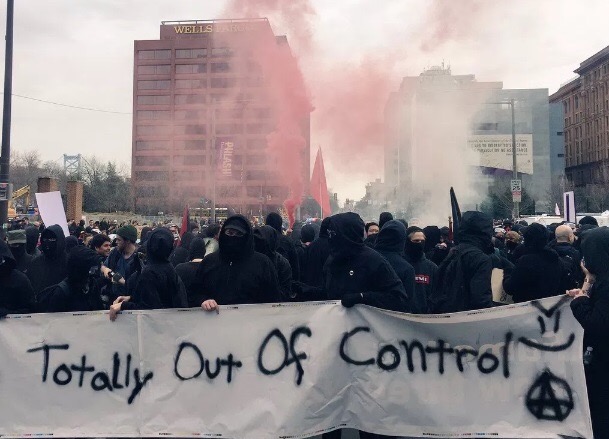 The countercultural revolution was a period in the 1960s which was characterized by behaviors and values that were radically opposed to that of society. This period gave rise to the sexual revolution, the free-love movement, the drug culture, radical liberalism, women’s liberation movement, feminism, humanism, the New Age movement, pornography, the gay rights movement and new styles of “music” and “arts.”

This was a time in American history where our nation had lost its way spiritually and began to decline morally. Once faith goes out the window morality begins to fall apart and nothing can be done to hold things together.

The counterculture was all about rebellion against the established rules and laws, and today we are still feeling the impact as the latest fruits of this movement are again tearing apart the moral fabric of America. Today the battle is over the new “gender wars.”

This new gender war is being driven by the powerful, radical and well-funded transgender community. They are lobbying federal, state and local county policy-makers to pass legislation that protects anyone’s right, including young school-children, to indentfy their sexuality anyway “they” choose to do so.

This gender identity crisis is obvious when you look at Facebook’s 70 different gender options – which includes gender orientations such as “two free-spirited person,” trans-masculine” and simply “neither.” Adults do have the right in this nation to call themselves whatever they want to, but the problem is that the transgender lobby is trying to force the rest of us to stop using gender offensive words such as “boys” and “girls” or “males” and “females.” Some believe that these words discriminate against people who are “gender neutral,” “non-binary,” or others who believe their sexuality is currently “undetermined.”

The transgender lobby believes that the sexuality of a person is not determined at the time of birth. No, they believe that every individual chooses what “it” wants to be when “it” grows up. And whenever necessary, people can transition back and forth to their preferences. By the click of a button on Facebook, they change their sexuality for a day, a month or longer and play out their fantasies with regards to gender identity.

Schools are pushing this kind of agenda on the kids as many school districts are no longer referring to their students as male and female. They choose to call them by gender neutral terms such as “penguins” or “happy campers.” If you believe you are a pink magical pony who descends from a mystical line of unicorns, that’s your business; but don’t try to force the children to believe that nonsense.

What is really under attack is God’s foundation for gender, biology, DNA, reason and reality.

“And he answered and said unto them, Have ye not read, that he which made them at the beginning made them male and female…What therefore God hath joined together (1 male with 1 female) let not man put asunder.” Matthew 19:4, 6.

When society begins to eliminate gender descriptive words from our vocabulary it is a sign that we are at the beginning stages of banning gender altogether.

Sadly, many churches have fallen victims to the culture wars. Some Christian Churches are eliminating gender specific words from the Bible when referring to God. Other churches are telling their members to allow their kids to explore their gender identity.

We are seeing the death of western civilization as the churches are suppressing the word of God and instead are choosing to echo the messages of the world. The church has a God-given responsibility to be the conscience of the nation. We are to present a Biblical perspective and solution to the current countercultural revolution. Instead of being silent we are to say what God has said about these very issues.

We are not in the business of redefining good and evil or right and wrong. This dangerous trend must be reversed and only the church has the moral authority to be a light for the world and bring good, lasting change to the current new world disorder.