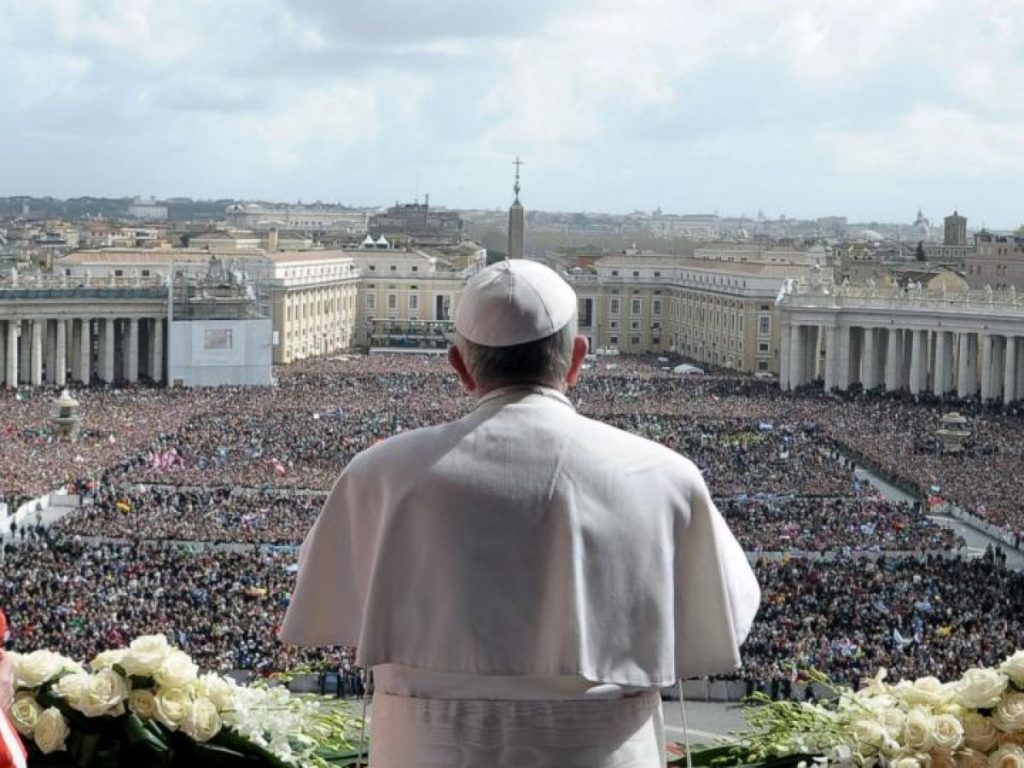 The modern Roman Catholic Church [RCC] is the church that Constantine built [1]. In the early 300s A.D. Emperor Constantine gave the church wealth, political power and combined the worship of the son-god Mithra, the official religion of the Roman Empire, with Christianity [2].

It was during this time that the early church – poor, persecuted and pure – became corrupt as unbiblical doctrines and practices were embraced [3].

This departure from true Christianity was a matter of Bible prophecy. (2 Thesa 2:3, 4; Acts 20:29; Rev. 17:1-5). This is the origin of the modern RCC. At this very time while most of the Christians in Rome were abandoning the teachings of God’s word, other Christians throughout Egypt (Coptics), Syria, Armenia, Antioch, Ethiopia, Alexandria, Jerusalem, Persia and other places rejected the changes to the faith taking place in Rome. These early Christian communities outside of Rome originated during the First Century and many of them preserved the true original faith given us by Christ and the apostles [4].

Later you had the pre-Reformation Eastern churches (Orthodox), the Albagensis, the Cathars, the Waldenses, the Vaudois, the Lollards and others who also rejected the changes within Christianity brought about by the RCC. These Christians also bore a historic witness against the apostasy of Rome [5].

Finally, the Reformation fragmented the Roman Church even more as Martin Luther nailed his 95 Thesis to the Wittenberg Church door. This resulted in the Protestant Reformation as many within the RCC left its fellowship with the aim of getting back to the Bible.

Even today, within the RCC, there is little unity or consensus. Many Roman Catholics believe that Pope Francis is an antipope (a false pope) [6]. The RCC is being split internally with so much liberal theology flooding the Vatican that many believe that since Vatican II there hasn’t been any true popes and the church has been highjacked by diabolical forces in leadership positions [7].

The RCC also has a public relations crisis with all the scandals that have plagued the church in recent years. There is no question that the Roman Catholic Church is the largest, most well-funded organized group of pedophiles in the history of the world. The total number of child sex abuse cases in the United States ALONE is at least 100,000 [8].

Priests have been raping young boys and everything gets swept under the rug and covered up by the higher-ups. Where is the national outcry? Where’s the #metoo movement? In America ALONE, the RCC has paid nearly 4 billion dollars to settle child sex abuse accusations [9].

This is NOT the church of Christ, it’s the church that Constantine built. But in spite of the systemic sex abuse cases against children and all the other horrific scandals [10] the RCC during these end-times is loved and admired by politicians and religious leaders alike. How is this even conceivable? This is part of the “mystery of iniquity” (2 Thessalonians 2:7). But it’s no mystery if you understand the beast of Bible prophecy. The reason why the world is returning in droves to Rome and the reason why this organization is so popular is because the Bible reveals that it’s authority has a super-natural backing that is not from heaven.

“And the dragon (Satan) gave him (beast) his power, and his seat, and great authority.” Revelation 13:2.

“And all the world wondered after the beast (Rome).” Revelation 13:3.

Remember what Satan said to Christ: “And the devil, taking him up into an high mountain, shewed unto him all the kingdoms of the world in a moment of time. And the devil said unto him, All this power will I give thee, and the glory of them: for that is delivered unto me; and to whomsoever I will I give it.” Luke 4:5, 6.

The great adversary has given all of his power and strength to the beast and that is why the world is wondering after her.

“And this is the religion which Protestants are beginning to look upon with so much favor, and which will eventually be united with Protestantism. This union will not, however, be effected by a change in Catholicism, for Rome never changes. She claims infallibility. It is Protestantism that will change.” (Last Day Events, p. 130).

It’s not just the religious world that is going back to Rome. Notice what the earthly governments will do:

“And the ten horns which thou sawest are ten kings, which have received no kingdom as yet; but receive power as kings one hour with the beast. These have one mind, and shall give their power and strength unto the beast.” Revelation 17:12, 13.

This is the dream that is being achieved before our eyes. The ancient, medieval popes could only dream of the day when Rome would be restored to the most important world-wide superpower. Under the reign of the Antichrist no one will be permitted to overshadow the authority, power and prestige of the papacy. The entire world will submit to her authority – pagans, Protestants, Muslims, Jews and even secular non-believers.

“And the woman (church) which thou sawest is that great city (Rome), which reigneth over the kings of the earth.” Revelation 17:18.

But God will not stay silent. He will intervene and He will have a faithful people who will stand for the truth – just as His faithful people stood opposed to Rome for the last 2,000 years.

“The opposition of the enemies of truth will be restrained that the third angel’s message may do its work.” (Maranatha, p. 31).

“The bulwarks of Satan will never triumph. Victory will attend the third angel’s message. As the Captain of the Lord’s host tore down the walls of Jericho, so will the Lord’s commandment-keeping people triumph, and all opposing elements be defeated” (Last Day Events, p. 52).

Now is the time to give the Three Angels’ Message to this perishing world. The whole world is turning to the beast for truth and light when we have been given the mission to turn the focus off of man and on to God—to worship Him, and not the beast—to keep His commandments (Rev. 12:17; Rev. 14:2) and not the commandments that was changed by the Antichrist (Dan. 7:25).