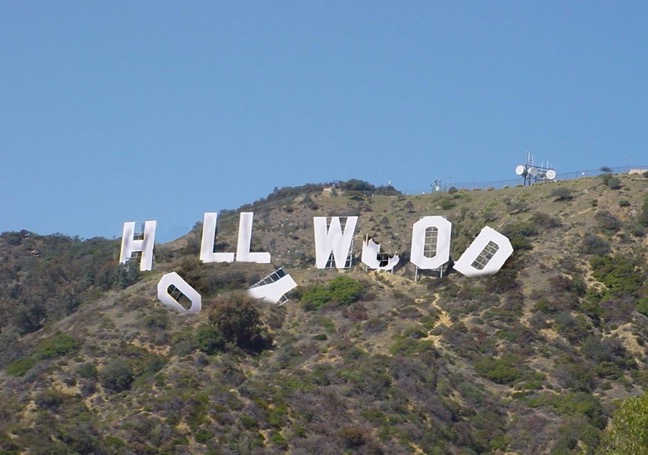 Wave after wave of sexual scandals, abuse and harassments have flooded the movie industry as some of the biggest names in Hollywood have been accused of sexual offenses.

The movie industry is self-imploding before our very eyes. Allegations are flying in every direction as movie stars, producers, directors and other Hollywood players scramble to salvage their careers and films.

There is an attempt to save the movie industry by trying to showcase many prominent Hollywood actors as heros. Not only will this propaganda not work, but this desperate effort is being interpreted as a deflection from the sexual epidemic plaguing the movie industry. This is a very bad public relations stunt aimed at restoring some honor to Hollywood.

The problem is that the steady flow of new revelations of sexual assults in Hollywood has turned into a toxic tsunami of corruption. It’s unstoppable! For decades Hollywood has mocked the principles of Christian morality and now they are paying the price. Hollywood has profited from fornication and vice and now we are seeing the side effects of sin.

“Be not deceived; God is not mocked: for whatsoever a man soweth, that shall he also reap.” Galatians 6:7.

The film industry is reaping the consequences of its own actions. They have sown the bitter seeds or corruption for so long and now it is bearing fruit. They have embraced every sexual sin imaginable that God has condemned. The truth is now coming out that Hollywood has no morals. There hasn’t been any for the last 35 years. All of these revelations that are coming out is proof of this fact.

Yet these movie stars claim to be the “voices” and the “leaders” of our culture and try to force their views on the rest of the world. It’s surprising how people will worship these celebrities and follow their every move. It is even more shocking that many of these Hollywood actors will then try to tell the rest of society how to live. Hollywood is in no moral position to talk to us about poverty, race relations, global warming or any other social issue when they are drowning in a tidal wave of sexual corruption. The cesspool of sin in Hollywood needs to be drained. We cannot support their destructive lifestyles or their efforts to push their movie culture on the rest of society. #BoycottHollywood

And when will the tidal wave of sexual assault accusations end? Not anytime soon.