A statue of the Virgin Mary is being flown over the cities of Italy in order to combat the coronovirus. A priest is seen holding up the Holy Eucharist while being flown in a military plane by the Italian Air Force. This is how Rome is trying to protect their homeland. 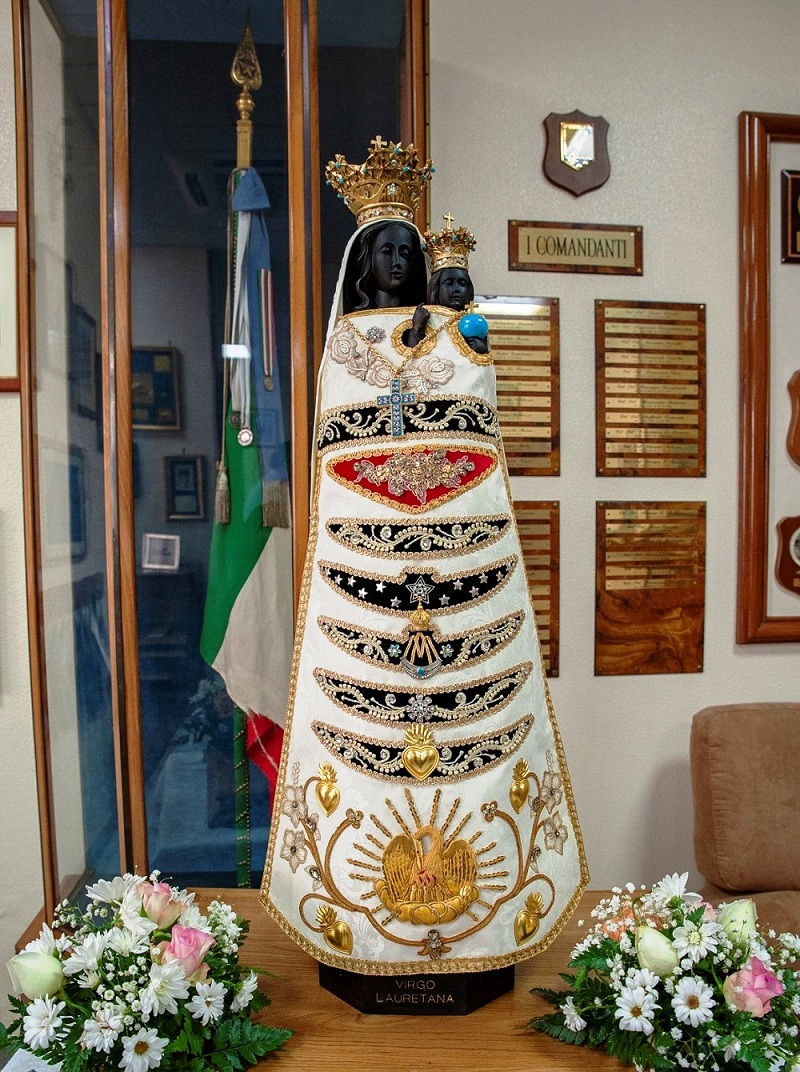 The Virgin of Loreto, the Patron Saint of the Italian Air Force. Photos: La Sicilia [1] 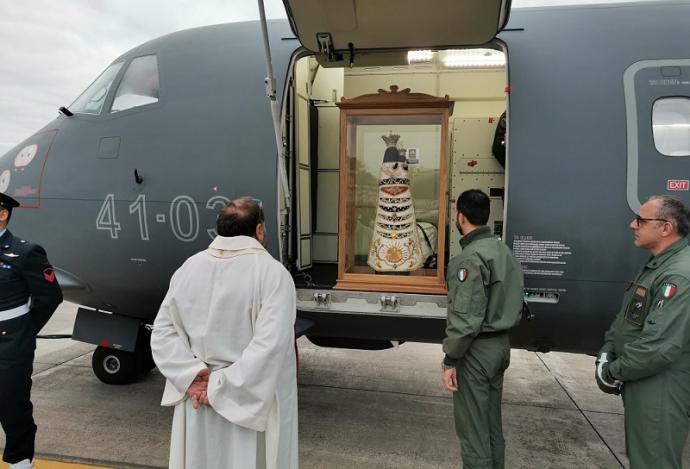 The Virgin Mary and baby Jesus arrive in a military aircraft for their elaborate ceremony. 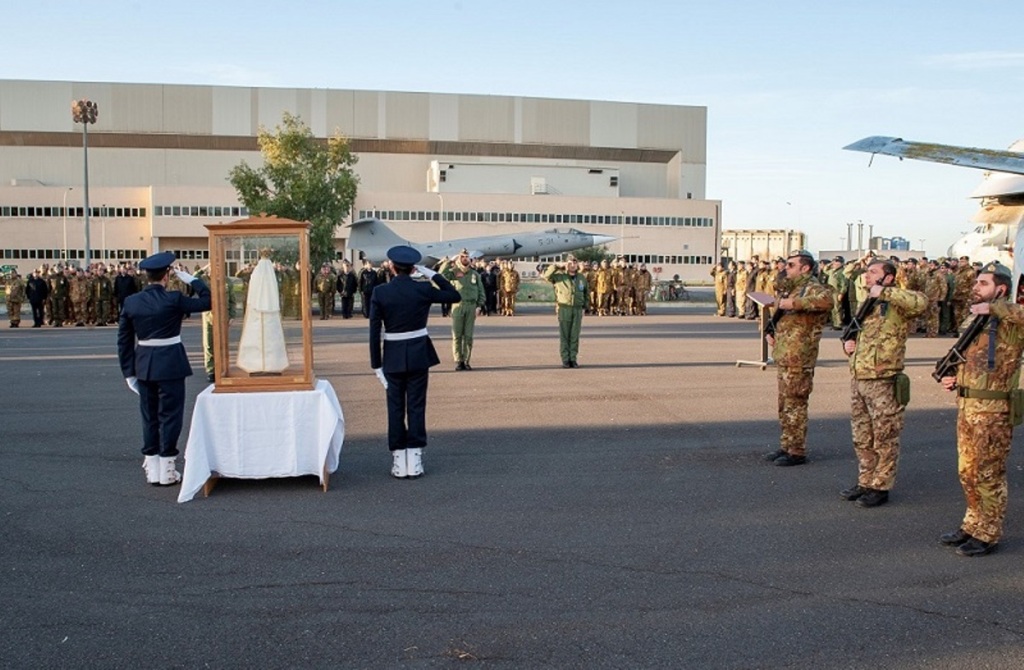 Members of the Italian Air Force pledge their loyalty and admiration to Mary. 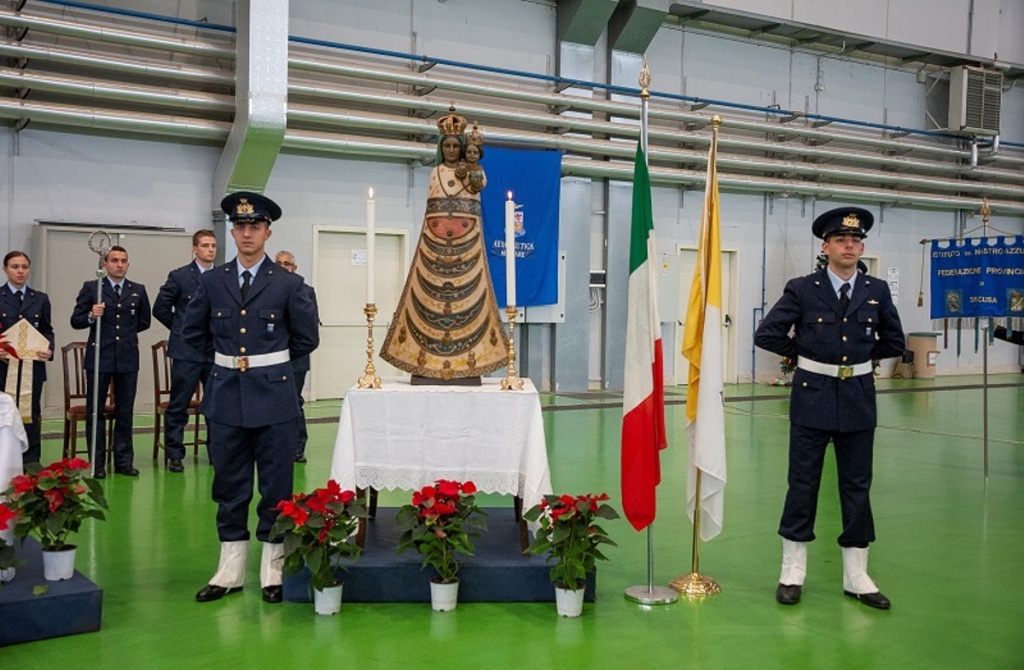 Here you see both the Italian flag and the Vatican flag side by side with the Virgin of Loreto. 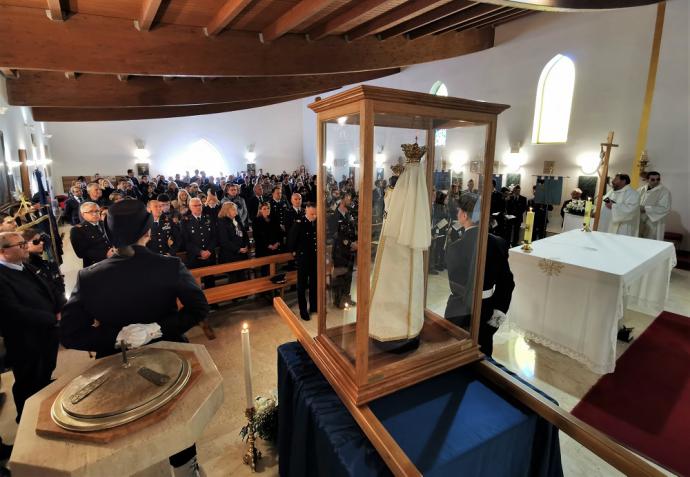 Devotees from the Air Force come together to honor the Virgin Mary and to adore her statue.

In the above video we see the fundamental problem with these statues and those who venerate them. These so-called saints can’t even protect themselves from falling. How can they protect us? This poor saint couldn’t even save its own head. How can they save yours? And the broken, headless statue can’t even lift itself off the ground. What makes you think these statues can lift the plague of the coronavirus off from society?