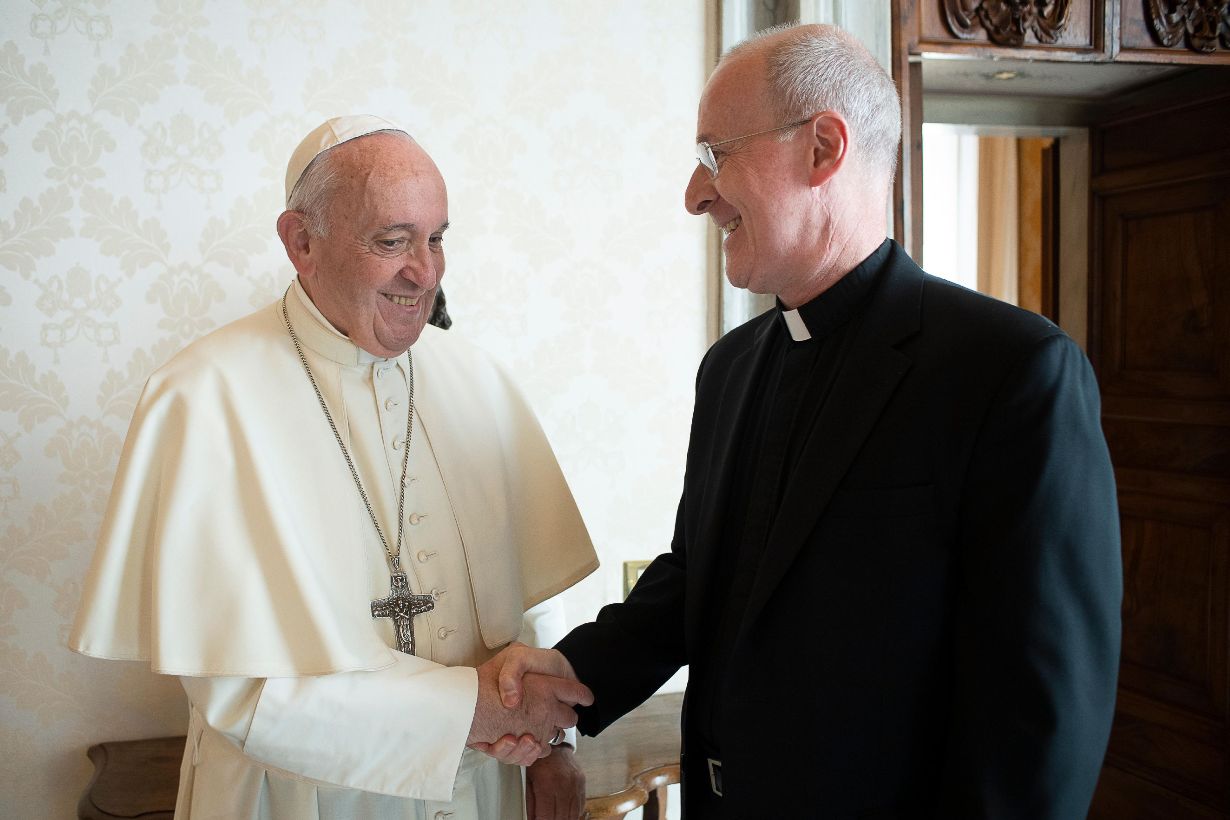 Jesuit Priest James Martin is the editor-in-chief of America Magazine, the official publication of the Jesuits in America. He is also an advisor to the Vatican and an advocate for the LGBT+ movement. On behalf of the Jesuits, who would presumably include Pope Francis, he is calling for the head of Donald Trump. What is their fierce anger about? What unforgivable crime has Donald Trump committed? Well, they basically want him to be held personally responsible for the assault on Capitol Hill.

The Jesuit and lay editors of America Media @americamag add our voices to the chorus: "Impeach. Convict. Now." https://t.co/Qls5cEzWUE

In both a Tweet and in an article published in the Jesuit America Magazine, James Martin selectively picks the most beneficial statements from Donald Trump’s speech to present their case for his “immediate” impeachment and removal. The Jesuits are also calling for President Trump to be banned from any future federal office. Notice the language the Jesuits use:

“Stoking the crowd’s rage with his calculated dishonesty, Mr. Trump told the mob that ‘our country has had enough. We will not take it anymore.’ He then encouraged the crowd to march on the U.S. Capitol in order to give Republicans there ‘the kind of pride and boldness that they need to take back our country.’ ” [1]

THE PRESIDENT OF PEACE 🕊

“I know that everyone here will soon be marching over to the Capitol building to peacefully and patriotically make your voices heard!” – President Donald Trump (Jan. 6, 2021) pic.twitter.com/SChqNdlfLX

As you can see from the video above, President Trump in his speech called on the marchers at the US Capitol to act “peacefully and patriotically.” The Jesuits fail to mention this. So, who is really speaking with “calculated dishonesty?” Who is really “stoking the crowd’s rage?” It’s the Jesuits. We are told that this kind of dishonesty and twisting of words will be used against God’s people in the coming crisis:

“In legislative halls and courts of justice, commandment-keepers will be misrepresented and condemned. A false coloring will be given to their words; the worst construction will be put upon their motives” (Great Controversy, p. 592).

If the Jesuits can call for a sitting President to be forever banned and cancelled, if the Jesuits can twists the words of President Trump, they will certainly do this to God’s faithful people. To a certain degree, they are doing it now already. [2]

Will the Jesuits call for the instigators of this same destructive work to be condemned and banned? Of course, not. Why is that? Why such a vitriol against a sitting US President and not against the rioters on the left? Because Donald Trump opposes the coming Jesuit New World Order. He is against Rome’s globalist Marxist revolution described in Fratelli Tutti. He does not support Laudato Si’, Rome’s climate change agenda. Make no mistake, this is why Trump is out. This is why the Jesuits in America and in Rome attack him and want his head to roll.

US Rep. Matt Gaetz defended President Trump yesterday during his second impeachment hearings in the House of Representatives and reminded Pelosi and House Democrats that while they accuse Donald Trump of metaphorically lighting the flames of violence at the US Capitol, it was their party who “lit actual flames” and “actual fires.”

Some have claimed that the president "lit the flame…"