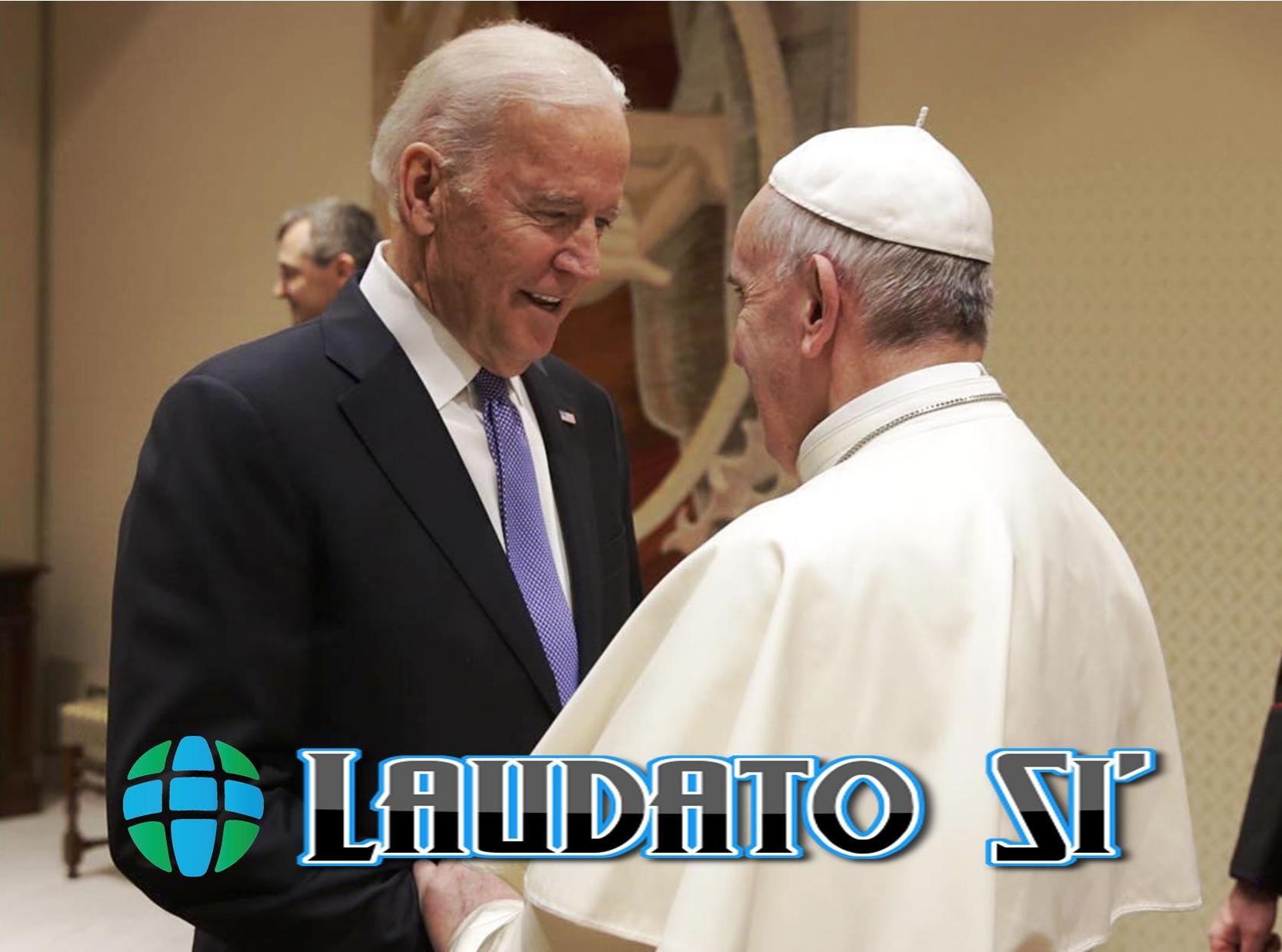 Joe Biden is running for president and he has presented his “vision for America.” Part of his vision is to establish an economy with “100 percent clean energy” and “zero emissions” in the United States. On his official campaign website, Biden has promised to become a steward of “our creation and protect our planet against climate change.” And how exactly will he save America? His agenda focuses on Pope Francis’ climate change encyclical, Laudato Si’:

More than 100 years ago we were warned that as we got closer to the end we would see an ascendancy of Rome’s agenda in our nation:

“Catholicism is gaining ground upon every side. See the increasing number of her churches and chapels in Protestant countries. Look at the popularity of her colleges and seminaries in America, so widely patronized by Protestants … Protestants have tampered with and patronized popery; they have made compromises and concessions which papists themselves are surprised to see, and fail to understand” (Great Controversy, p. 566).

There is a need for our people to wake up and understand how Laudato Si’ is just one of the papacy’s methods to accomplish her purpose. There is a call to make Sunday the day of rest within the framework of Laudato Si’. This is exactly what we have been warned about:

Rome is calling upon the nations of the world to adopt her climate change policies, and Joe Biden is happy to comply.  But before the final movements are permitted to take place, God’s people will have a great work to do upon the earth.  There must be at this time a renewal and a revival of the preaching of the third angel’s message like never before. We must reject the ecumenical movement’s call to soften down the preaching of the third angel’s message. We must reject this attitude of utter silence and complacency with regards to the movements of the papacy. The world must be warned!

“If they do nothing to disabuse the minds of the people, and through ignorance of the truth our legislators should abjure the principles of Protestantism, and give countenance and support to the Roman fallacy, the spurious sabbath, God will hold His people, who have had great light, responsible for their lack of diligence and faithfulness. But if the subject of religious legislation is judiciously and intelligently laid before the people, and they see that through Sunday enforcement the Roman apostasy would be reenacted by the Christian world, and that the tyranny of past ages would be repeated, then whatever comes, we shall have done our duty” (1888 Materials, p. 503).

Surely we can see that the enemy of souls is not slumbering or resting during this momentous period. Joe Biden, a Roman Catholic, is pledging to make Laudato Si’ (climate change) part of his vision for America if elected President of the United States. This should be a wake-up call. We should be giving the trumpet a certain sound and warn the world while there is yet time.

Unfortunately, the weakness of our response to these and other prophetic signs is just another example of how we have failed to fulfill our responsibility in the face of danger. Let us not repeat the history of the past. God has called us to present our message before the multitudes. If we do not respond, all of our freedoms will soon be lost and the golden opportunities to proclaim our message will soon run out.

“The whole world is to be stirred with enmity against Seventh-day Adventists [THIS IS NOT ECUMENISM], because they will not yield homage to the papacy, by honoring Sunday, the institution of this anti-Christian power. It is the purpose of Satan to cause them to be blotted from the earth, in order that his supremacy of the world may not be disputed” (Review and Herald, August 22, 1893).

We can say what we want about President Donald Trump, but it is Joe Biden who is pushing Laudato Si’ in America!