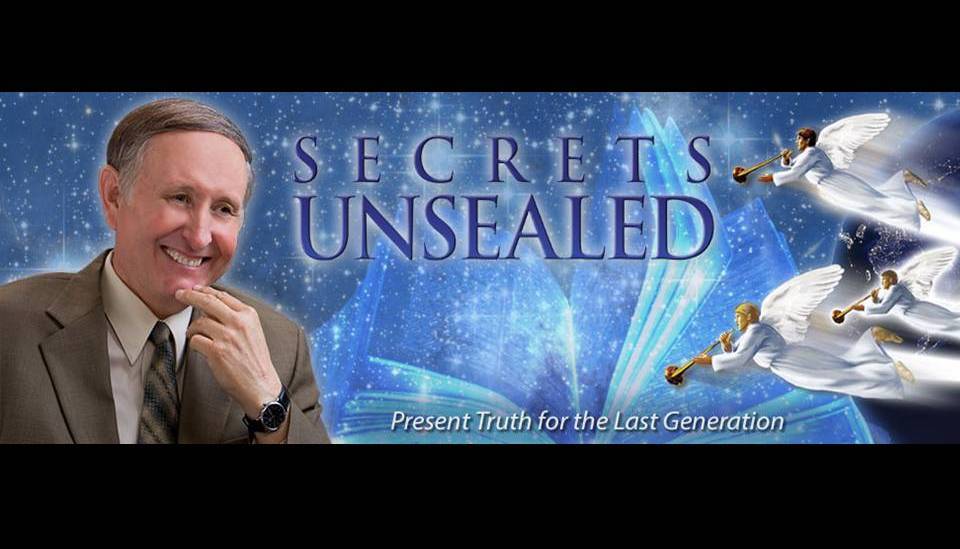 Back in December 2018 Pastor Stephen Bohr released a video announcing Pope Francis’ trip to Panama on World Youth Day, January 24-27, 2019. [1] In the video Pastor Bohr explained that Panama was expecting over 1,000,000 visitors from all over the world. He also expressed that this would be a wonderful opportunity to reach thousands with the Three Angels’ Message.

Pastor Stephen Bohr spoke about distributing special cards showing how the public could access a 2-hour presentation explaining the difference between Saturday and Sunday and how the papacy had changed the day of worship. The card would also provide information on how anyone could obtain a free copy of the book the Great Controversy. These were going to be distributed en masse during Pope Francis’ visit to Panama.

Sounds like a good, missionary endeavor to reach thousands of people with present truth. What could possibly go wrong? Everything.

When the President of the Panama Union Mission, President Jose De Gracia, received word of what Pastor Stephen Bohr was hoping to accomplish in Panama he immediately commenced a plan for damage control. There was a massive effort to disassociate the Seventh-day Adventist Church for Pastor Bohr.

After consulting with the “authorities” in the church, President Jose De Gracia, on behalf of the General Conference, the Inter-American Division and the Panama Union Mission, distanced the Seventh-day Adventist Church from this evangelistic project that was targeting Catholics at Pope Francis’ World Youth Day event.

I want to finish (radio broadcast) with an explanation of a situation that is occurring which many are inquiring about. This is a matter which I have already consulted with the authorities of the Church.

Pastor Bohr is not coming to Panama representing the Church. Neither is he representing the General Conference, the Division or the Union. He hasn’t asked permission from anyone in the Union field and nobody has asked him to come to Panama. For a person to come with an official mission of the church he or she has to follow the legal proceedings. They must ask the Union or any field in Panama for permission and this has not been done.

We are not going to support Pastor Bohr’s activity. As an organization, we are not going to support his activity. He did not consult with anyone to come to Panama and the General Conference, the Division and the Union finds that his actions are wrong. If he wanted to come to he should have consulted with us and said, “I am coming to Panama for this purpose.” But he has not done this and the church has not invited him. So no one in the church is supporting this activity. Although his work may be evangelistic in nature, we do not support it because he has not consulted with Panama nor is this work coming from the Seventh-day Adventist Church.

They are an independent ministry and a television network which he founded and he is coming to Panama and the Seventh-day Adventist Church has nothing to do with this. I want this to be very clear. Should anything happen to that group that is coming to Panama, I want to state today that the Seventh-day Adventist Church in Panama is not involved; furthermore, no pastor, elder or member should be involved in that work.

Pastor Bohr is coming to Panama and nobody can stop him, but whatever happens with the coming of Pastor Bohr to Panama is his business and not that of the Seventh-day Adventist Church. Brothers and sisters, I have been very clear. The days for the huge gatherings – the mega meeting – will be in January. When the leader of the popular church (Pope Francis) comes, we should not be there, not even for curiosity.

Brothers and sisters I have been clear. God bless you and may 2019 be the best year for the church and for all of you. God bless you, God keep you. See you next Saturday.” [2]

Let look a just a few points of interest.

1. It appears that some will never support evangelizing Roman Catholics at their global events. The order came from the top that all Seventh-day Adventist pastors, elders and laity should stay away from the pope’s meetings. Rome is very happy with this policy. They want you to stay away from their meetings especially if you plan on promoting the Three Angels’ Message to their members.

2. Any and all official church sanctioned event must be approved by local leadership in consultation with union leaders. This means that your chances for getting an approval for your Three Angels’ Message project is never going to happen whenever the pope comes to town.

3. It is blatantly false to publicly state that church leaders don’t attend meetings with the pope. The reason for telling the members to stay away from the pope’s meeting was based on the “fact” that church leaders apparently don’t attend meetings with the pope. That is not true. Adventist leaders often meet with leaders of the Vatican.

4. This public declaration by President Jose De Gracia was more for Rome than for Seventh-day Adventists. This was what you call “reputation management with Rome.” They needed a public statement on the record stating that the official church had nothing to do with whatever negative backlash could have resulted from Pastor Stephen’s Bohr’s project. Is this going to become the new policy whenever the Three Angels’ Message is going to be proclaimed at huge events?

5. What happened to Pastor Stephen Bohr? Did he buckle under this enormous pressure? Did he back down and cancel this opportunity of sharing the final warning message with what he thought would reach “thousands” of people?  Absolutely not! For the glory of God his ministry decided to move forward in faith against immense odds. The full weight of the great controversy between Christ and Satan was being played out. The dragon fought with his angels but so did Christ with his angels. Stephen Bohr did not just reach “thousands.” For the glory of God they were able to pass out over 100,000 cards during the Pope’s meeting in Panama.

“For we can do nothing against the truth, but for the truth.” 2 Corinthians 13:8. I would encourage you to contact Pastor Bohr’s ministry (559) 264-2300 and share some words of encouragement and support. Or you can email him at this address: info@secretsunsealed.org