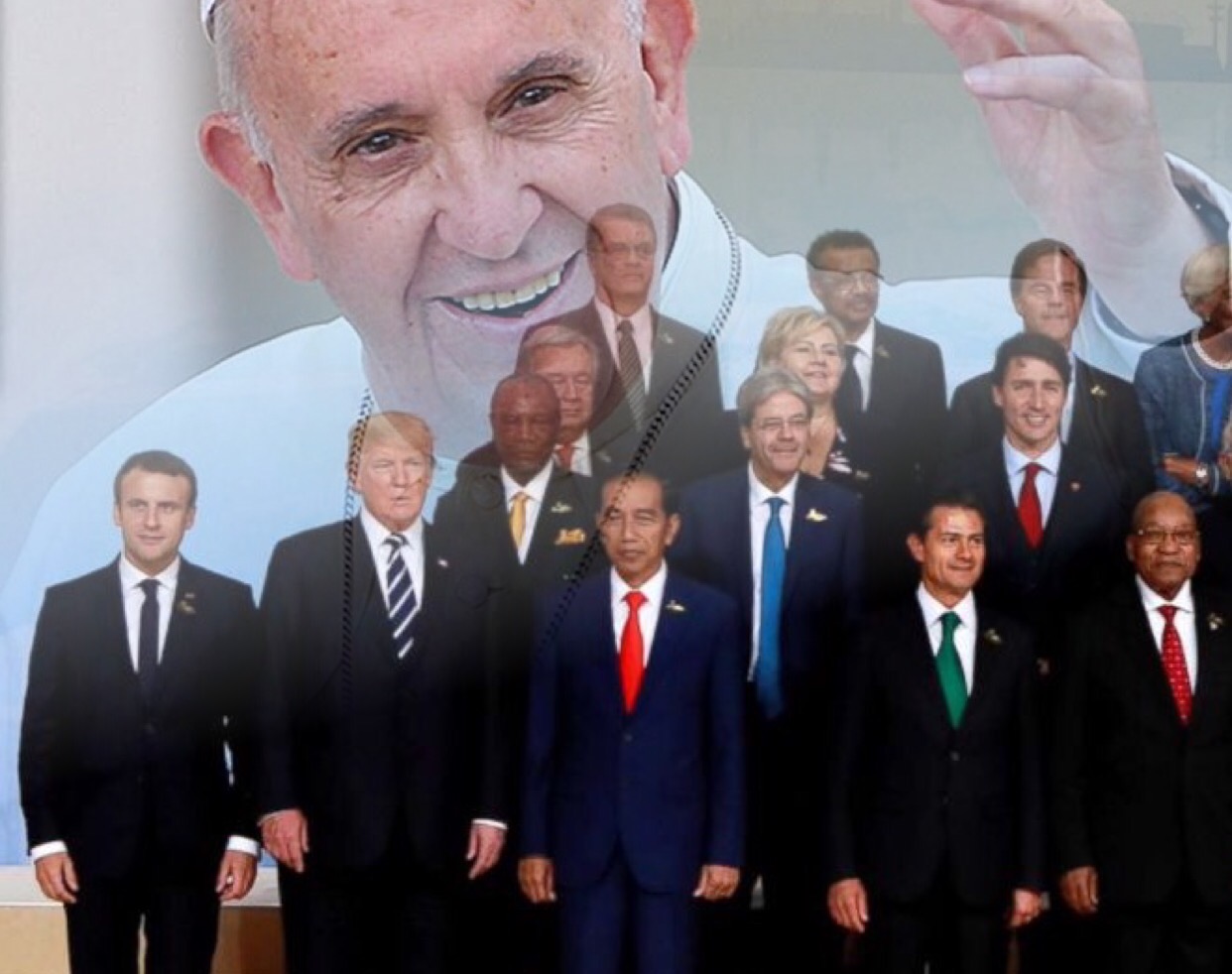 Last month Pope Francis presented his globalist agenda to the 20 most industrialized nations of the world during the G-20 meetings.

When you look at the Pope’s concern for the nations and his recommendations to the world leaders you will see that he has a distorted view of the church and of politics. The business of the church is to save the souls of men, and instead of preaching Christ and the need of turning to Him, Pope Francis is preaching Marxist-leftist politics designed to usher in a globalist new world order.

The duty of the followers of Christ is to preach the gospel by calling men to repentance and a turning from sin. We are commanded to warn all men against corruption, greed, godlessness and lawlessness and to embrace the principles of truth and righteousness. But now it appears that the priority of the Vatican is to reengineer society into one, global utopian society founded on socialism where there are no borders, free migration and the free transfer of wealth to those who are poor. Pope Francis believes that a peaceful society free from hate, turmoil and sadness can be achieved on a global scale through socialism. This is his message.

But what is actually being formed is a global, godless dystopia build on terror, lawlessness and anarchy. Europe is being over-flooded with certain “radical” migrants whose intentions are not to bring peace, love, equality or justice. Our world is already suffering from problems being perpetuated by government corruption, endless wars of aggression, the creation of the police states and the anarchy and violence sweeping the streets of society. The migrant crisis will only compound the turmoil of governments who are already plagued with problems.

This is all the cause of Christ becoming de-throned in the lives, hearts and minds of the people. This world is in the state it’s in because they have forsaken Christ, and instead of addressing the spiritual problems that humanity is facing (sin) Pope Francis is pushing a political agenda to the controlling powers at the G-20 meetings who want to rule the earth. It is a global agenda designed to take over the world.

Sadly, globalism will eventually prepare the pathway that will usher the kingdom of Antichrist:

The implementation of nefarious laws that will contradict God’s laws will be the crowning act of the Antichrist’s new world order. This agenda cannot be enforced upon the world without a global government whose power and authority can reach the entire world. We are seeing the development of such an infrastructure before our very eyes. When it is finally perfected then the following prophecy will have reached its complete fulfillment.