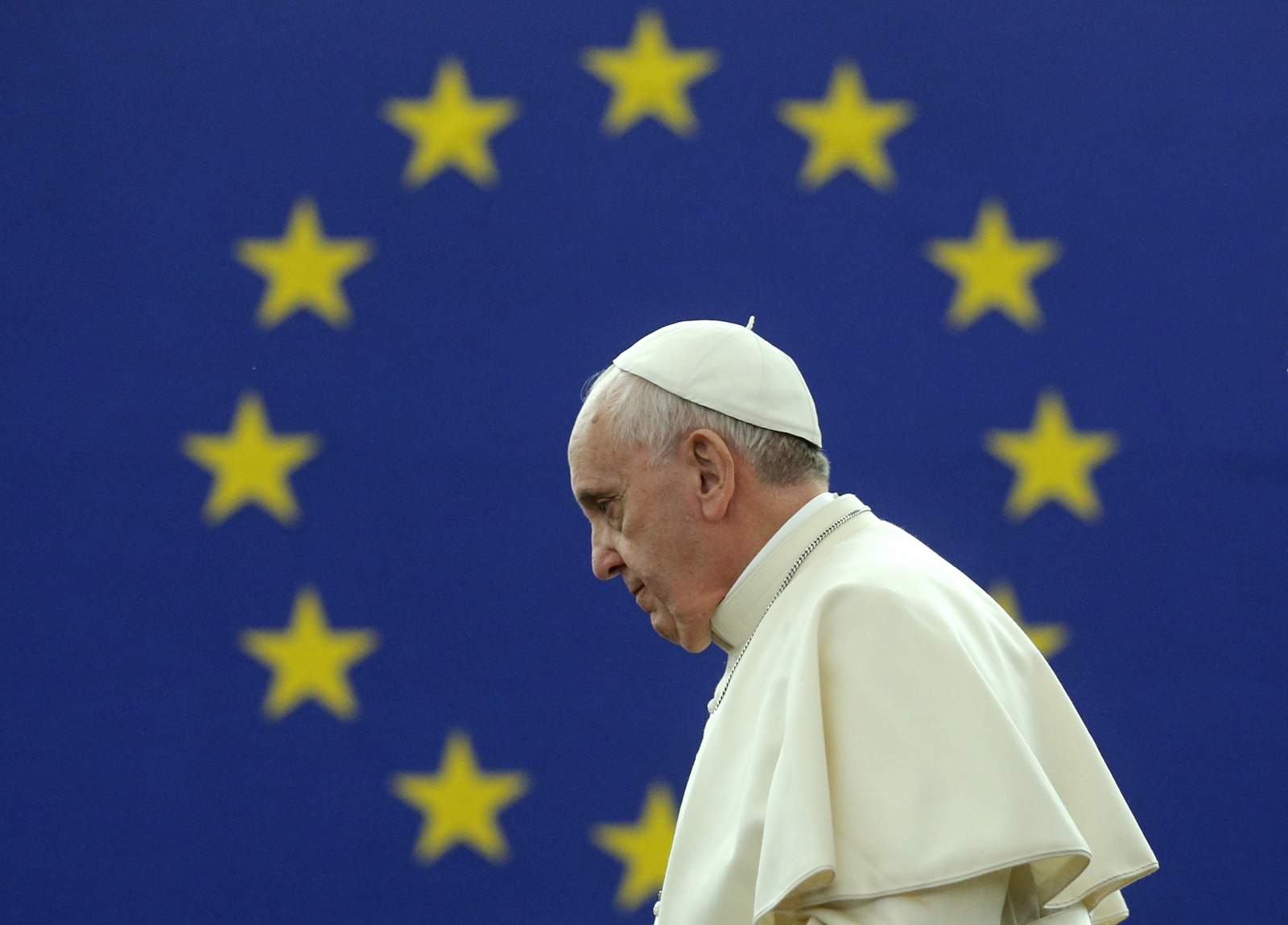 On October 27, 2020, Pope Francis published his vision for Europe on the 50th anniversary of the establishment of diplomatic relations between the Holy See and the European Union. In his message, the Pope shared his “reflections on the future of this continent” which, according to him, is “so dear to me.” [1]

Through his message, the Pope reaffirms his full commitment to advancing the globalist agenda of a united Europe based on a universal brotherhood and dedicated to solving the pandemic and ecological challenges. Rome has long since abandoned the gospel. They are now dedicated to promoting social policies and left-wing political agendas. Tragically, many other churches are following in the same footsteps. Pope Francis’ message read in part:

“I dream of a Europe that is a family and a community. A place respectful of the distinctiveness of each individual and every people, ever mindful that they are bound together by shared responsibilities … The experience of recent years and that of the pandemic in particular have shown that no one is completely self-sufficient, and that a certain individualistic understanding of life and society leads only to discouragement and isolation.  Every man and woman aspires to be part of a community, that is, of a greater reality that transcends and gives meaning to his or her individuality.  A divided Europe, made up of insular and independent realities, will soon prove incapable of facing the challenges of the future.  On the other hand, a Europe that is a united and fraternal community will be able to value diversity and acknowledge the part that each has to play in confronting the problems that lie ahead, beginning with the pandemic and including the ecological challenge of preserving our natural resources and the quality of the environment in which we live.  We are faced with the choice between a model of life that discards people and things, and an inclusive model that values creation and creatures. [1]

This isn’t fulfilling the gospel commission. This is the agenda of the New World Order. The Vatican has embraced the culture of death (pro-abortion politicians), moral and religious relativism (Querida Amazonia, Pachamma heresy), the Masonic ecumenical brotherhood (Fratelli Tutti) and Mother Earth pantheism (Laudato Si’).

It is quite surprising that Pope Francis is calling for a global governance called a “united fraternal community.” He wants to see the end of a “divided Europe” and bring peace, unity, community and solidarity, not through the word of God, but through all kinds of pagan practices.

This will lead to the temporary reign of the Antichrist where dissent, freedom of expression, autonomy and religious freedom will end under the new dictatorship built on anti-Christian and humanistic ideologies. Rome wants to have the function of being both the “Church of Christ” and the New World Order Church of the Antichrist.

Do we really understand the gravity and the danger facing Europe and the rest of the world? Martin Luther identified the danger. He was not silent. Luther “fearlessly attacked” this same danger in his day. Where are the Reformers today? Sadly, the true spirit of the Reformation has been compromised by all the sweet talk of the ecumenical movement, and as a result, we are headed back to the Dark Ages once again.

“He (Luther) firmly declared that Christians should receive no other doctrines than those which rest on the authority of the Sacred Scriptures. These words struck at the very foundation of papal supremacy. They contained the vital principle of the Reformation. Luther saw the danger of exalting human theories above the Word of God. He fearlessly attacked the speculative infidelity of the schoolmen, and opposed the philosophy and theology which had so long held a controlling influence upon the people. He denounced such studies as not only worthless but pernicious, and sought to turn the minds of his hearers from the sophistries of philosophers and theologians to the eternal truths set forth by prophets and apostles” (Great Controversy, p. 126).