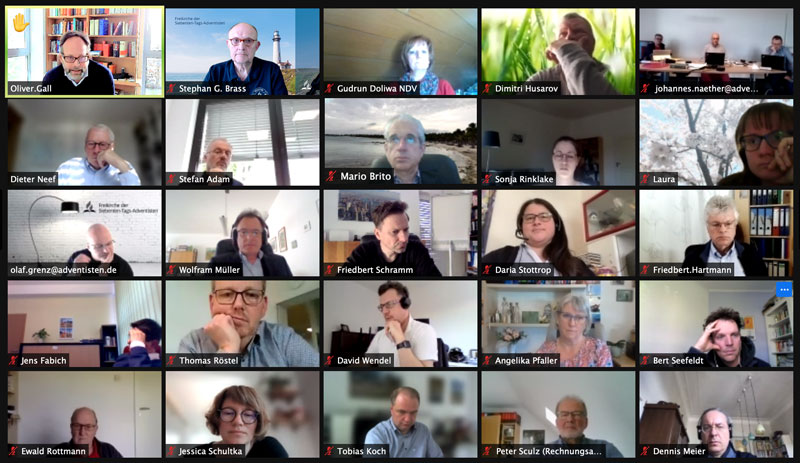 The Seventh-day Adventist Church in North Germany has resumed its work to defy the “no” vote on women’s ordination. As first reported by Adventist Today, [1] the governing body of the Adventist churches in North Germany voted on April 25, 2021 to “carry out” the ordination of women in defiance of the world church.

Johannes Naether, President of the North German Union Conference, issued a statement explaining the decision to proceed with ordaining women by saying that “we should learn to shake our own system lovingly but courageously and not just according to a familiar scheme act.” He also said that the move to ordain women means that they will “stand up for biblical values ​​like justice and equal treatment.” He says that this action corresponds to “Reformation thinking.” [2]

First of all, the church cannot invent the teachings and practices of the faith. These are established by Christ and His word. Therefore, for the church in Germany to make this decision, they go beyond what is taught in the Holy Scriptures. Ordaining women to the ministry by the laying on of hands is unbiblical. They are interpreting the word of God according to their own opinions. This is an open insurrection and a full-blown rebellion.

The duty of the North German Union Conference is to uphold the teachings of the Scriptures, not to reinterpret them. They are doing with women’s ordination what Catholics and Protestants have done with the Lord’s Sabbath: they are changing it. Liberal Christianity has embraced the popular views on feminism because they believe that the church needs to be constantly evolving and staying in line with today’s culture.

This is an abandonment of biblical truth in exchange for the modern feminist movement, which seeks to destroy our faith. [3] This type of thinking causes us to reject the authority of God’s word in our lives. It teaches us that certain passages in the Bible are really not that important, some passages are wrong, and other Biblical texts simply do not reflect the modern cultural changes in today’s feminist movement. Basically, this is opening the door to disobey God’s word if our church leaders tell us we can. This will certainly open the door for other moral (LGBT+) commandments in the Bible to be ignored, commandments that may also be at odds with the popular views of our modern culture.

Whether or not a belief is popular or culturally accepted today doesn’t change the word of God. What the Bible says about the roles of men and women are not suggestions that can be shrugged off as some cultural, nonessential restriction. Our views will affect what kind of education will be taught in our institutions. It will affect what kind of gospel will be heard in our churches. An incorrect belief on marriage, family and gender will severely impact our views of morality – as we are seeing today. Any deviation from the word of God will have massive consequences in the life and mission for God’s people.

You can say that it doesn’t matter what we believe. Some believe in having their own truth. If your belief doesn’t line up with God’s word, it’s not true. You don’t get to make up your own truth. Make sure that your truth agrees with God’s truth, because if not, your truth is a lie.