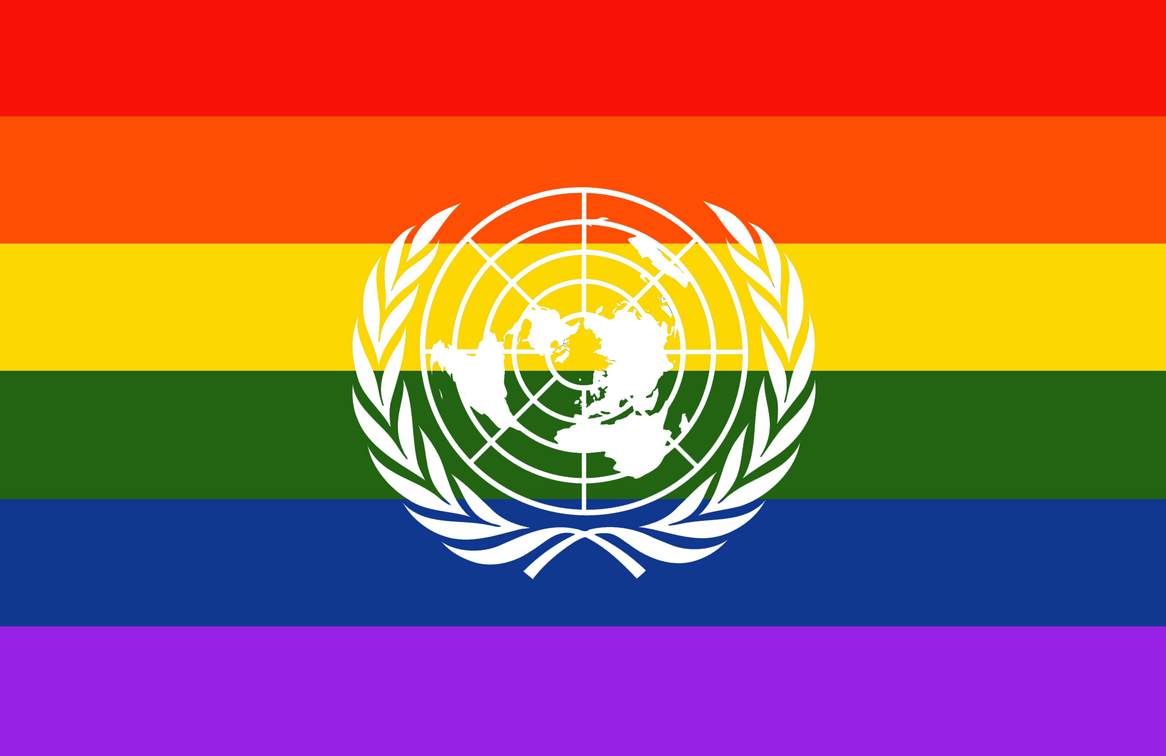 On February 12, 2021, the Center for Family and Human Rights revealed that the United Nations is now collecting the names of those who oppose the modern liberal views of sex, gender and identity. [1] Well, what happened to the human fraternity that was supposed to embrace everyone and all beliefs? Unfortunately, Christians who still believe in what the Bible teaches about sexuality were never going to be included in the new global fraternity. We are seeing a continuation of the “cancel culture” that is targeting Bible-believing churches and conservative voices.

The Center for Family and Human Rights published the following:

“Politicians, religious leaders, and organizations from around the world who defend life and family will likely be put on a blacklist by the UN office for human rights … ‘Who are the main actors who argue that the defenders of human rights of LGBT individuals are furthering a so-called gender ideology?’ reads a call for inputs from the UN rights office published last month, primarily addressed to LGBT groups. In the broadly worded prompt, the UN rights office asks for examples of ‘public expressions or statements by political and/or religious leaders’ who challenge LGBT rights. ‘What are their main arguments?’ the UN rights office asks.” [1]

They want to know who the “major players” are that oppose the radical LGBT+ agenda. They want to know what they are saying and they want examples of their “public expressions.” This certainly sounds like they are preparing a list of people to cancel from society just as they are doing with conservatives [2] and pro-life organizations. [3] What happened to equality and tolerance? The United Nations does not care about all human equality, all freedom of speech or all rights. They only care about those who share their views when it comes to the radical gender theory.

The fight against conservative Christian views is about to intensify. This will be the pretext to start persecuting Bible-believing Christians who resist the “new humanity” and the new “solidarity” that will be based on a depraved and corrupt agenda: gender theory, abortion, euthanasia, feminism, ecumenism, environmentalism, Sunday laws and a dictatorship that suppresses any voice that does not embrace its cause.

If you defend life from conception, marriage between a man and a woman, the biblical family and religious freedom to preach God’s gospel, you are automatically a threat to their globalist agenda. Our culture is rapidly becoming hostile to the word of God. Soon the political, economic and apostate religious powers will turn completely against us.

But their problem is not really with us, it’s with God. They hate what God says in His word. If Jesus were to return to our world in person in this generation, He would be crucified again because it is His word that they hate. So instead, the forces of darkness that control our society are targeting Christ’s true and faithful followers who will not compromise the faith, who openly preach the word of God and who denounce the moral and national sins.

Remember, it was God who condemned the radical gender theory:

“And turning the cities of Sodom and Gomorrha into ashes condemned them with an overthrow, making them an ensample unto those that after should live ungodly” (2 Peter 2:6).

“Even as Sodom and Gomorrha, and the cities about them in like manner, giving themselves over to fornication, and going after strange flesh, are set forth for an example, suffering the vengeance of eternal fire.” (Jude 1:7).

This is what the world is against. This is what the United Nations hates. Persecution will be inevitable unless we begin to embrace the popular sins that so many compromised churches have already accepted. Unless we obey the United Nations and bow down to ungodly, corrupt, power-hungry men who have a demonic lust to control everything, this “cancel culture” will soon turn to persecution.

The only common ground that the United Nations will accept will be an ecumenical and multicultural religious syncretism that will not speak out against sin and error and one that will not preach the everlasting gospel in its purity. They will prohibit anyone from expressing ideas that go against their unholy order.

The UN globalists and the forces that support them are determined to openly declare war on the family and intimidate the Church to prevent it from declaring what God says about the moral issues of the day. God’s people must resist adapting to this world. We cannot call evil good and good evil, and we certainly can’t turn a blind eye to what is happening. We must remain faithful to the word of God and oppose the radical and globalist agenda with the gospel of Jesus Christ.

The ramifications of the homosexual agenda are much more aggressive than people are willing to admit. Their militant agenda will never rest until every Christian and conservative voice is silenced. The United Nations is the modern day headquarters for Sodom and Gomorrah. This agency has done more to promote the LGBT+ agenda on a global scale than any other organization. In fact, the United Nations has picked up where Sodom left off.

“The forbearance of God has been very great—so great that when we consider the continuous insult to His holy commandments, we marvel. The Omnipotent One has been exerting a restraining power over His own attributes. But He will certainly arise to punish the wicked who so boldly defy the just claims of the Decalogue. God allows men a period of probation; but there is a point beyond which divine patience is exhausted, and the judgments of God are sure to follow. The Lord bears long with men and with cities, mercifully giving warnings to save them from divine wrath; but a time will come when pleadings for mercy will no longer be heard, and the rebellious element that continues to reject the light of truth will be blotted out” (Prophets and Kings, p. 276).

God is not one to play with. He is loving, but also holy and just. Our only peace and safety is in obeying the Word of the Lord. We are living in a time when national corruption has almost reached its limit. Let us fall on our knees and plead for the forgiveness of our sins so that God can then lift us up in purity and holiness:

“Come now, and let us reason together, saith the LORD: though your sins be as scarlet, they shall be as white as snow; though they be red like crimson, they shall be as wool. If ye be willing and obedient, ye shall eat the good of the land.” Isaiah 1:18, 19.