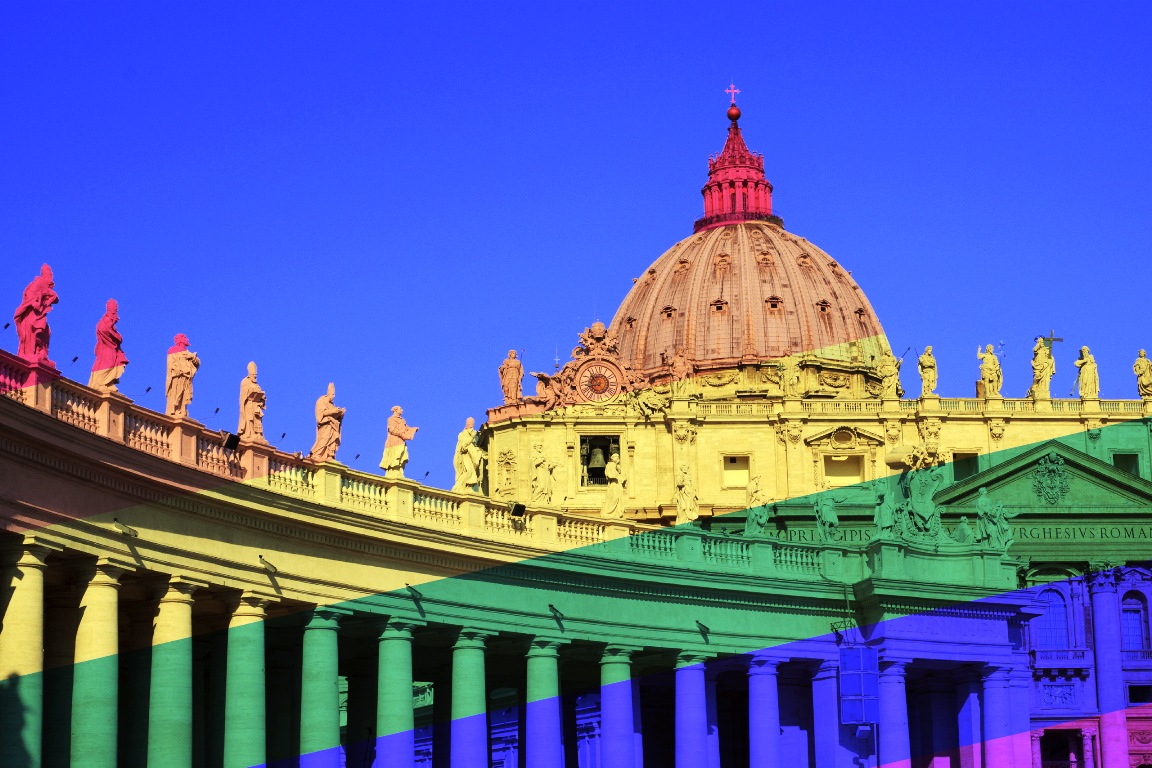 An immoral agenda is being forced on our world. Pope Francis is carrying out another of his plans for his new humanity. He has just endorsed same-sex civil unions, which is an acknowledgment of homosexuality. By placing homosexual unions on the same legal plane as marriage and the family, Pope Francis is declaring war on Judeo-Christian family values.

Here are Francis' own words on homosexual unions:pic.twitter.com/FNjnPSazpN

It the above Tweet, Pope Francis said: “Homosexuals have a right to be a part of the family. They’re children of God and have a right to a family. Nobody should be thrown out, or be made miserable because of it. What we have to create is a civil union law. That way they are legally covered.”

The United Nations is another organization that is trying to reshape our culture into a homosexual paradise. The UN praised the Pope’s support for gay unions. In the video above, the UN Secretary General, Antonio Guterres, applauds the Pope’s words saying that his message is in accordance with “UN doctrine.” Guterres says the Pope’s statement on “non-discrimination” of “sexual orientation” is “very welcoming.” 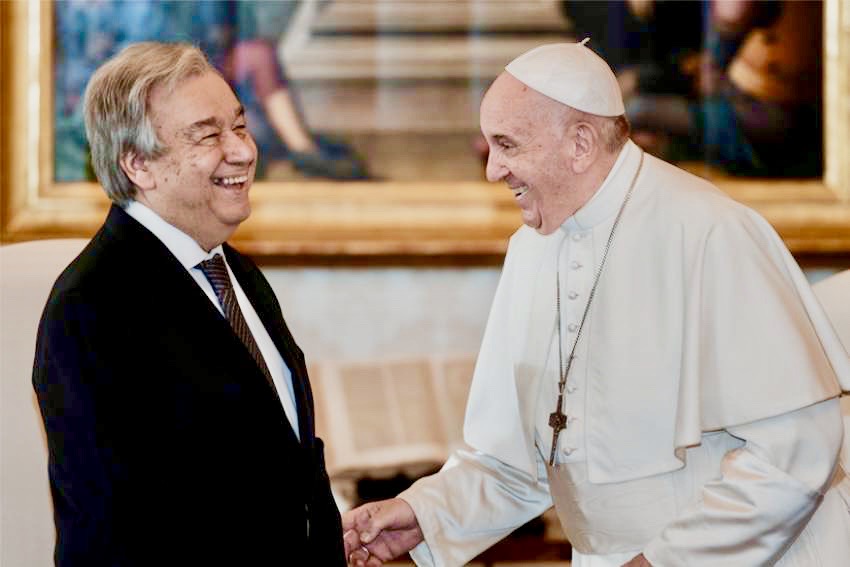 LGBT+ activists from throughout the ecclesiastical and political world are celebrating. Well-know American Jesuit James Martin, a defender of homosexuality, is also overjoyed. The Jesuits are calling the Pope’s statements “historic.”

What makes Pope Francis comments supporting same-sex civil unions today so momentous? First, he is saying them as Pope, not Archbishop of Buenos Aires. Second, he is clearly supporting, not simply tolerating, civil unions. Third, he is saying it on camera, not privately. Historic

There is a concerted effort by apostate Christians and sexual anarchists to change our world. They are targeting our youth and children and they are forcing their unbiblical views on our families. The so-called “One Humanity” and the “Universal Brotherhood” are attempts at social engineering in the sexual excesses of Sodom. The Pope, the United Nations and other globalists are trying to convert our world to accept what God says He will never accept:

“The law is not laid down for the just but for the lawless and disobedient, for the ungodly and sinners, for the unholy and profane, for those who strike their fathers and mothers, for murderers, the sexually immoral, men who practice homosexuality.” (1 Timothy 1:9, 10, English Standard Version).

“Or do you not know that the unrighteous will not inherit the kingdom of God? Do not be deceived: neither the sexually immoral, nor idolaters, nor adulterers, nor men who practice homosexuality.” (1 Corinthians 6:9, English Standard Version).

“For this cause God gave them up unto vile affections: for even their women did change the natural use into that which is against nature: And likewise also the men, leaving the natural use of the woman, burned in their lust one toward another; men with men working that which is unseemly, and receiving in themselves that recompence of their error which was meet. And even as they did not like to retain God in their knowledge, God gave them over to a reprobate mind, to do those things which are not convenient.” (Romans 1:26-28).

The current decline is disappointing but not surprising. All of this was predicted in the Bible and we are seeing it come to pass. The cultural excesses of Sodom are here. Read Luke 17:26-30. This growing trend will continue to engulf our world because it is one of the signs that declares that we are reaching the limits of God’s mercy. When this sin becomes universal, the Lord will reveal Himself.

“I was shown that a terrible condition of things exists in our world. The angel of mercy is folding her wings, ready to depart … The law of God is made void. We see and hear of confusion and perplexity, want and famine, earthquakes and floods; terrible outrages will be committed by men; passion, not reason, bears sway. The wrath of God is upon the inhabitants of the world, who are fast becoming as corrupt as were the inhabitants of Sodom and Gomorrah” (Maranatha, p. 137).