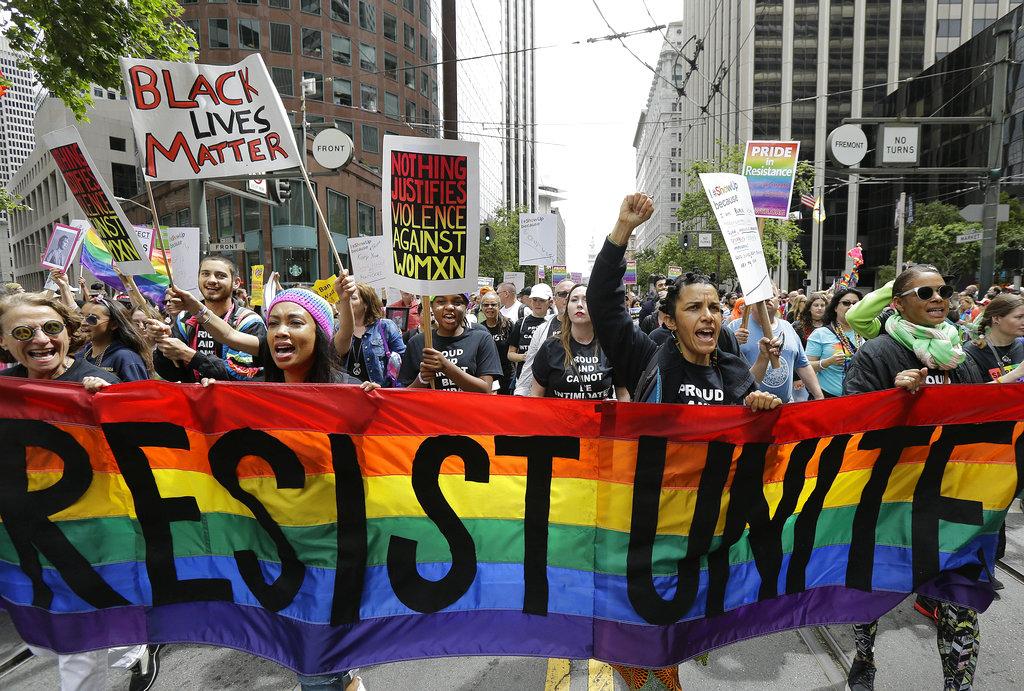 The city of Calgary in Alberta, Canada has just passed a new law that criminalizes anyone who tries to help people escape the LGBT+ lifestyle. The law is aimed at those who encourage bisexuals, gays and lesbians to adopt the heterosexual/biblical lifestyle. The City of Calgary will begin to impose fines of up to $10,000 and a one-year prison sentence on those who violate the new gay conversion therapy law. The law defines gay conversion therapy as follows:

“Conversion therapy means a practice, treatment or service designed to change, repress or discourage a person’s sexual orientation, gender identity or gender expression or to repress or reduce non-heterosexual attraction or sexual behavior.” [1]

Governments are working with the radical LGBT+ lobby to pass laws against “gay conversion therapy” and to ensure that their lifestyle is protected. They claim they need laws that combat gay conversion as a way to counter bigotry and discrimination. The truth is that LGBT+ advocates are the ones who are bigoted, mean-spirited and hateful. They are not interested in tolerance or equality; they are seeking to crush all opposition.

They are particularly hostile to Christians and former LGBT+ members who have come out of the gay lifestyle and have “converted” to heterosexuality. Conversion therapy poses a serious threat to the very foundation of the homosexual movement. If a gay person could become heterosexual, this would destroy the entire foundation of the LGBT+ movement. Why? Because the LGBT+ movement is based on the false idea that people are “born” in this way and cannot change.

Today I'm especially proud to be a Calgarian. Calgary City Council successfully bans conversion therapy, to love without judgement and conditions. The vote was 14 to 1. #yyccc pic.twitter.com/gUNUUDxqGx

We have been fueled by the myth that homosexuality is innate, immutable and in the DNA. For the LGBT+ movement to survive, they must discredit and destroy all evidence that homosexuals, through the power of Christ, can change their lifestyles. Why do people insist that homosexuals can never change, even though there are countless ex-homosexuals who exist? Why are laws being passed to promote a double standard that says heterosexuals can make the transition, but homosexuals can’t?

Radical rainbow fascists are using governments to do their work. Their sexual agenda will bring an end to freedom. It will bring an end to choice. This will end tolerance and diversity. The LGBT+ movement is forcing the state to coerce complete uniformity and compliance with its wishes. All those who resist will be severely punished with imprisonment and fines.

Big congratulations today to the City of Calgary for banning the harmful practice of conversion therapy! #ableg #yyccc #abhealth pic.twitter.com/67LmpX2JYP

This is a war against morality, purity and the word of God. These laws are designed to harass God’s people and keep them silent. They want everyone to accept their sin by criminalizing biblical counseling sessions, sermons and even prayers that address the corrupt LGBT+ lifestyle. The new LGBT+ policies adopted in Calgary are anti-family, anti-freedom and anti-faith. Across Canada, other governments have passed similar laws, including Nova Scotia, Vancouver, Edmonton and many others. More communities will soon follow suit.

These kinds of laws are really unnecessary because Christians do not discriminate against anyone. The real discrimination and persecution will be directed at those who defend and teach God’s word about family, sex and sin. Look at what happened to the “gay, pleasure-seeking” people of Sodom. It is a precursor to the final judgment of the last days:

“The Lord rained brimstone and fire out of heaven upon the cities and the fruitful plain; its palaces and temples, costly dwellings, gardens and vineyards, and the gay, pleasure-seeking throngs that only the night before had insulted the messengers of heaven—all were consumed. The smoke of the conflagration went up like the smoke of a great furnace. And the fair vale of Siddim became a desolation, a place never to be built up or inhabited—a witness to all generations of the certainty of God’s judgments upon transgression” (Patriarchs and Prophets, p. 162).