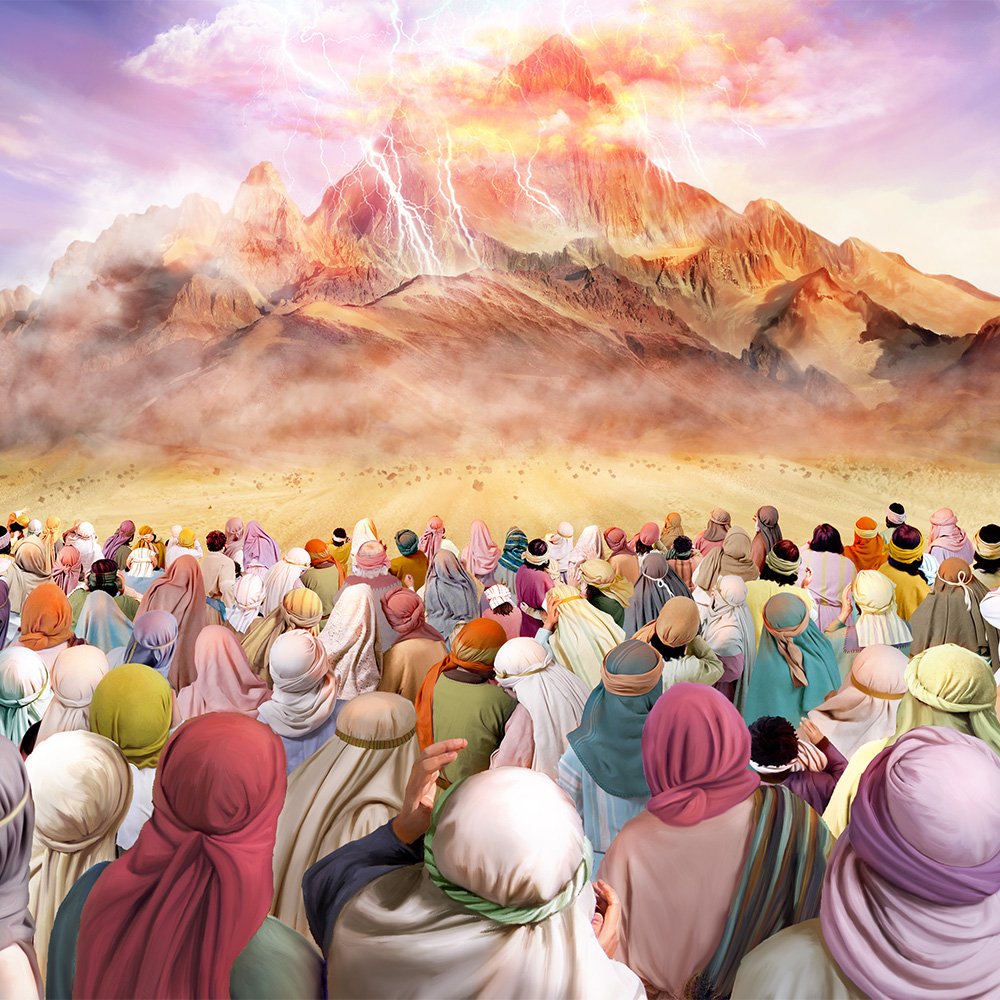 “So we see that they could not enter in because of unbelief.” Hebrews 3:19.

The history and experience of ancient Israel is a striking example of the current, modern church. God led the Adventist movement in the 1840’s even as He led the children of Israel out of Egypt. And this spirit of “unbelief” seen in ancient Israel is an “admonition” for us living in these last days (1 Corinthians 10:11).

“It was not the will of God that Israel should wander forty years in the wilderness; He desired to lead them directly to the land of Canaan, and establish them there, a holy, happy people. But ‘they could not enter in because of unbelief.’ [Hebrews 3:19.] Because of their backsliding and apostasy, they perished in the desert, and others were raised up to enter the promised land” (Great Controversy, p. 458).

Was it God’s will for Israel to wander forty years in the desert? No. God from the very beginning had a wonderful plan for His people, but the Bible tells us that they could not enter in because of unbelief. The Book of Hebrews tells us that Israel provoked God for 40 years through rebellion and sin. In the end we are told that their “carcasses fell in the wilderness” (Hebrews 3:16, 17). Did you know that this same rebellion has a modern day application for God’s people today? Let’s keep reading:

“In like manner, it was not the will of God that the coming of Christ should be so long delayed, and His people should remain so many years in this world of sin and sorrow. But unbelief separated them from God. As they refused to do the work which He had appointed them, others were raised up to proclaim the message” (Great Controversy, p. 458).

Is it God’s will for His people to continue living in this world of sin, sorrow, death and terror? No. All of the misery, pain and destruction that we see today is a history that should have never been written. Seventh-day Adventists not only have the responsibility of looking for the coming of Christ – it is our privilege to look and hasten His coming (2 Peter 3:12).

We hasten Christ’s coming when we accomplish His work. Yet we are told that God’s people today have “refused to do the work” which has been “appointed” them. Brothers and Sisters, what is in this world that has our heart? What is so attractive in this world that we don’t desire to see the coming of the Lord? What is holding us back from accomplishing the work which God has given us to do?

If we refuse “others” will be raised to “proclaim the message.” Are we going to wait for someone else to give the final warning message of Revelation 14:6-12 or are we going to enter the promised land? Will we be the generation that will see the eastern sky open up and see the glorious coming of Christ? Or will we instead perish because of our unbelief?

Israel could not enter the promised land because of unbelief, and today unbelief is separating many of our own people from God. Many no longer believe in the message. We are replacing creation with evolution. The Three Angels’ Message is being substituted with ecumenism. The medical missionary work has been overtaken by modern medicine. Marriage is slowly being expanded to include the LGBT+ agenda. Biblical gospel order is being overthrown by feminism. And holy sacred worship is being undermined by Pentecostalism.

When we engage in any of these worldly distractions we are disqualified from receiving the Latter Rain which will empower us to give the Third Angel’s Message during the closing work:

“Satan is ever ready to fill the mind with theories and calculations that will divert men from the present truth, and disqualify them for the giving of the third angel’s message to the world” (Selected Messages, Vol. 1, p. 186).

“We are to allow nothing to eclipse the message we have to bear, the third angel’s message, connected with the messages of the first and second angel” (Manuscript Release, Vol. 1, p. 292).

How important it is that we do not deviate from the truth given to us by God. Because of unbelief in God’s word, the children of Israel who left Egypt perished in the wilderness. God grant that we may not, through unbelief, fail of entering into the heavenly promised land.

Jesus is ready to come and it is our prayer that the Holy Spirit can touch our hearts so we can hasten Christ’s coming by proclaiming His appointed message. This is how we prepare for Christ’s coming. It is by accomplishing God’s work that will enable us to enter the promised land. Those who are faithful to this calling will live with Him throughout the ceaseless ages of eternity.

“Moreover, brethren, I would not that ye should be ignorant, how that all our fathers were under the cloud, and all passed through the sea; And were all baptized unto Moses in the cloud and in the sea; And did all eat the same spiritual meat; And did all drink the same spiritual drink: for they drank of that spiritual Rock that followed them: and that Rock was Christ. But with many of them God was not well pleased: for they were overthrown in the wilderness.” 1 Corinthians 10:1-5.