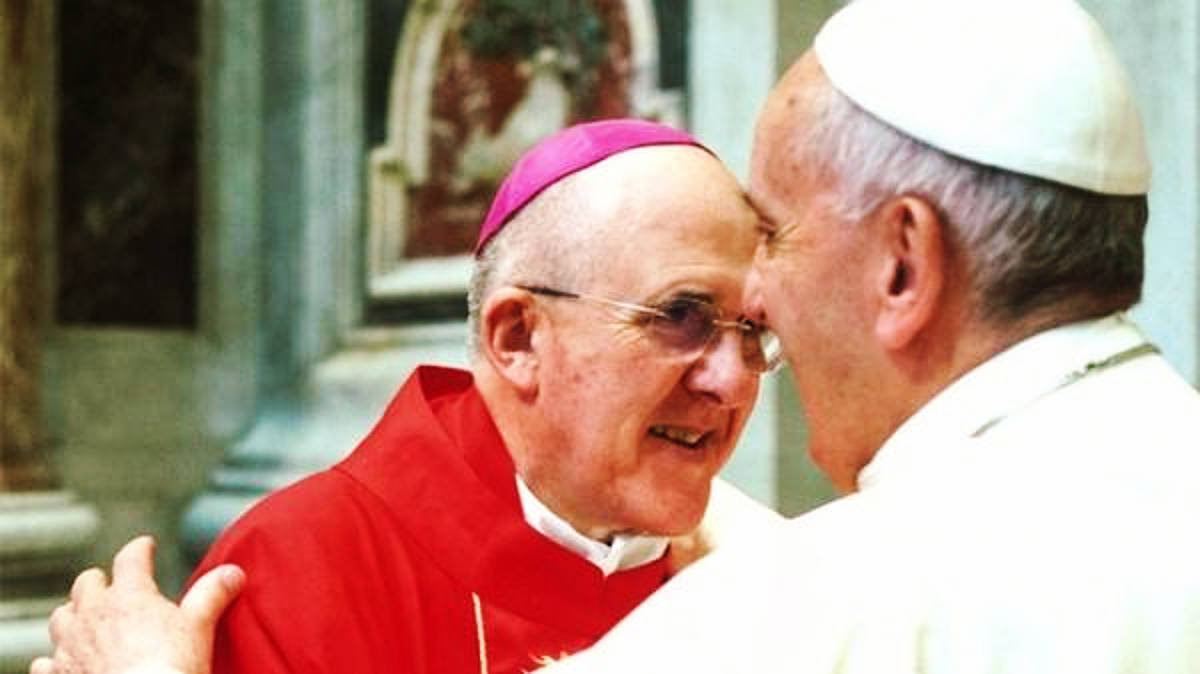 Destroying the ecosystem is now a ‘sin’ against God. Carbon emission (CO2) has become the new “transgression,” climate change is the new gospel and the Pope’s encyclical (Laudato Si) is the new standard for morality. These are the new moral imperatives being advanced by Rome.

Cardinal Carlos Osoro Sierra is the Archbishop of Madrid, Spain. Earlier this month he was celebrating the “World Day of Prayer for the Care of Creation.” This is an annual interfaith event established by Pope Francis to organize efforts to protect our planet. [1]

As the featured speaker Cardinal Osoro told the participants that “the destruction of the ecosystem was a sin against God and against His creation.” Cardinal Osoro declared that we sin against creation when we “overexploit and pollute the oceans, destroy forests and jungles.” He said that these “sins” lead to the “disappearance of unique species that could also be fundamental to the future of humanity.” [2]

The Archbishop of Madrid cited the papal encyclical ‘Laudato Si’ as the basis of this new morality and applauded the “priests, laity and civil organizations” for pushing the Pope’s initiatives. In other words, following Laudato Si will save our ecosystems while ignoring the Pope’s encyclical on climate change is a “sin against God and His creation.”

Rome believes that they can create, change or define moral law. In fact, they have already changed the 10 Commandment moral law of God by deleting the 2nd  Commandment (forbidding idol worship), changing the 4th Commandment [3] (substituting Saturday for Sunday) and splitting the 10th Commandment to make up the difference for eliminating the 2nd Commandment. [4]

Having also neutralized the 9th Commandment (Exodus 20:16) with politically correct speech and having become weak on the 6th Commandment (abortion) the modern church today is now INVENTING new sins against ecology to conceal the real sins being committed against God’s law.

“Thou shalt not sin against our ecology” seems to be the new law (11th commandment) of the Roman Catholic Church, but what exactly is the “sin against creation” that Cardinal Osoro is talking about? Is he talking about sinning against Mother Earth? Do we sin by using plastic straws or by driving cars that use fossil fuels? How exactly does man himself determine what sin is?

The Bible alone, God’s Holy Word, defines sin and morality and there is no such “sin against ecology” in all the Bible. Only acts or deeds that go against the 10 Commandments as written by the finger of God are true sins. The rest is fairytale, which includes all of the so-called obligations that man has invented.

Finally, the work of God’s people is to call men and women to accept Jesus as the only substitute and atonement for sin. Jesus gave His life for the sins we’ve committed against God. Christ’s death and mediation satisfies the penalty for sin. That is how we are reconciled to God.

How are fictitious sins committed against the “ecosystem” forgiven? And the bigger question is who will judge these ecological sins? Giraffes and monkeys? Who is recording our moral transgressions against Mother Earth? The butterflies and hummingbirds? And where will the judgment take place? In the Amazon jungle or on the melting polar ice caps? This is the confusion one creates when man begins to define sin and morality.

We are not called to preach the salvation of our ecosystems. This is a false, pantheistic gospel that calls men and women to confess the “damage” they have done to Mother Earth. We are being told that the so-called sins against ecology include driving a car with CO2 emissions, using diesel,  buying food in plastic wrap, using plastic straws, starting a campfire that releases carbon (CO2) and other normal, everyday activities. These are NOT SINS.

Who here on earth can define “sins against ecology?” The growing list of offenses against the ecosystem would be endless because everything leaves a carbon foot print – cellphones, computers, making solar panels and even breathing. We breath in oxygen and breath out carbon dioxide. If you accept the “sins against ecology” philosophy you better fear for your soul because you sin just by breathing.

If you follow the “carbon is sin” delusion then breathing alone will certainly be a reason for you to go to hell. But it won’t be the lake of fire and brimstone described in the Bible. That fire would be way too sinful because fires release carbon (CO2) into the atmosphere. No, you would go to the bubbling lake of plastic straws.