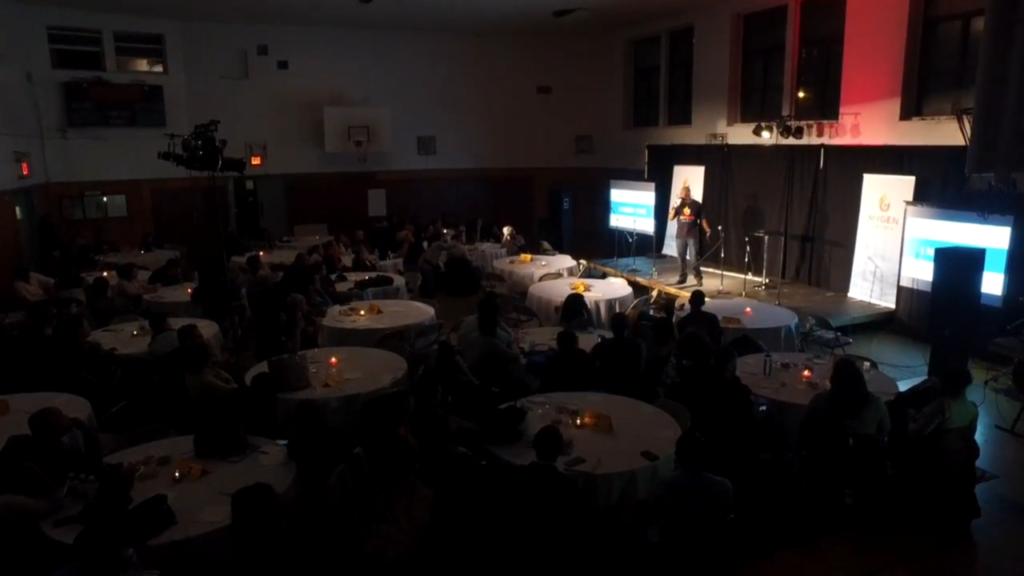 Over the past few years the concept of what the “church” should look like has been changing. The future church will look significantly different from what we are accustomed to seeing because of the new generation’s attitude about religion. We have a new generation of pastors and leaders whose ideas about church and worship have shifted radically.

Suits and ties are being replaced with t-shirts and jeans. The old traditional hymns bequeathed to us by the Reformation have been replaced with guitar-driven, drum pounding, electronic keyboard music. A loud, reverberating bass fills a candle-lit auditorium as worshippers drink freshly brewed coffee and eat snacks during the presentations. No it’s not a nightclub; it’s the future Seventh-day Adventist Church!

“MyGen Church” is a “re-imagined Seventh-day Adventist experience created to nurture and engage a modern generation of people in need of God’s love.” [1]

“MyGen Church” is listed as part of the Atlantic Union Conference of Seventh-Day Adventists. [2] 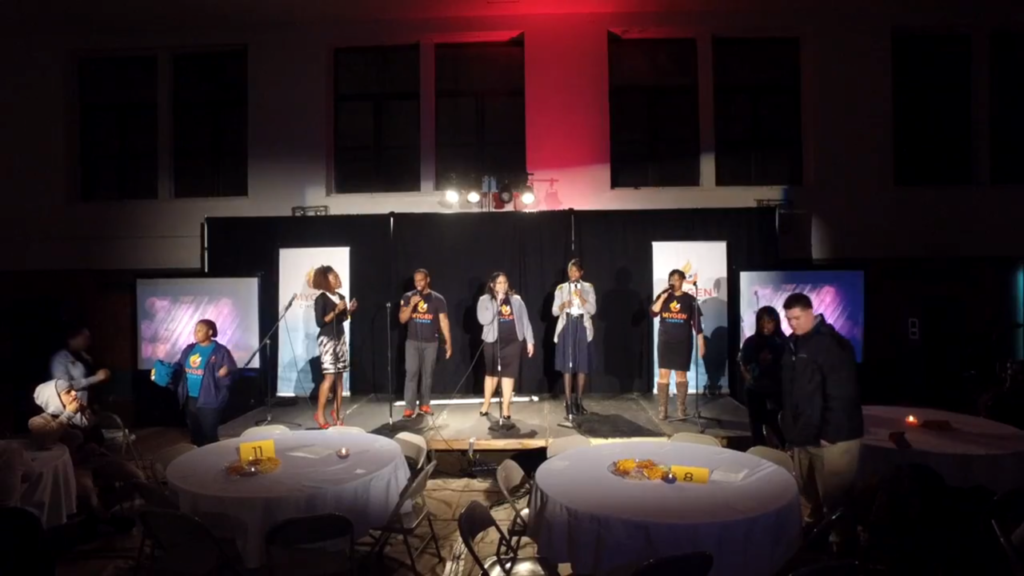 As a member of the Greater New York Conference this new “nightclub” church has the sanction and approval from both the local conference and the union leaders. This new generation of leaders believe that the old, traditional models of church are too dead and boring for the new millennials; therefore, a new kind of church is needed. They want to create a church that is hip, cool and relevant to today’s culture. As you walk through the doors of “MyGen Church” you will see a club decor with a trendy platform, urban graphics, props, dim candle lights, stage lights and a concert-like atmosphere. These are all the features of the nightclub scene which offers patrons fun and a good time. [3]

This is just more evidence that Seventh-day Adventists are going through an identity crisis. These nightclub churches threaten to reshape the church as we know it. Is this a preview of what we will become in 30 years if Jesus doesn’t come soon? It may be if we continue down the path of molding the church after the pattern of the world. We will either continue to uphold our historic teachings or will we continue to embrace the following secular, worldly principles:

The Relevant Church versus the Remnant Church

It is by staying faithful to our prophetic message and to our historic mission that makes the Remnant Church relevant – no matter the culture or era. The Adventist movement of prophecy doesn’t need to be repackaged or rebranded. The original faith needs to be put into practice wholeheartedly and with sincerity. We don’t need to adopt worldly methods in order to supply a false sense of “life” and “power” to our message. It is God Who will supply the power when we heed the voice of revival, reformation, reproof and rebuke. 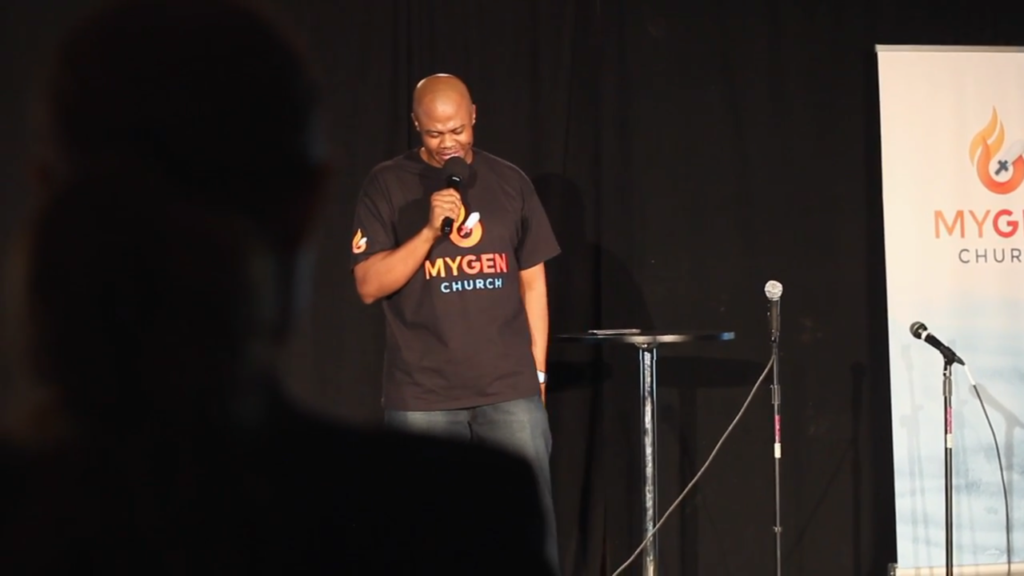 “Today there is need of the voice of stern rebuke; for grievous sins have separated the people from God. Infidelity is fast becoming fashionable…The smooth sermons so often preached make no lasting impression; the trumpet does not give a certain sound. Men are not cut to the heart by the plain, sharp truths of God’s word” (Patriarchs and Prophets, 140).

In this same book under the chapter called, “A Voice of Stern Rebuke” we are told that when the straight testimony is revived in the church that we would “see more of the power of God revealed among men” (Prophets and Kings, 141).

Do we want to see the power of God work mightily in our churches? Why are many Seventh-day Adventist churches in decline and why have they grown cold and lifeless? It’s due to the fashionable sins and customs that have come into our ranks. This is what is causing us to lose God’s power.

“But that which causes me to tremble is the fact that those who have had the greatest light and privileges have become contaminated by the prevailing iniquity. Influenced by the unrighteous around them, many, even of those who profess the truth, have grown cold and are borne down by the strong current of evil” (Testimonies, Vol. 5, p. 209).

It’s the straight testimony of the True Witness that will bring back God’s Spirit and power to His people. The smooth messages and fanciful sermons that don’t point out the “grievous sins” are working at cross purposes to God’s Spirit. 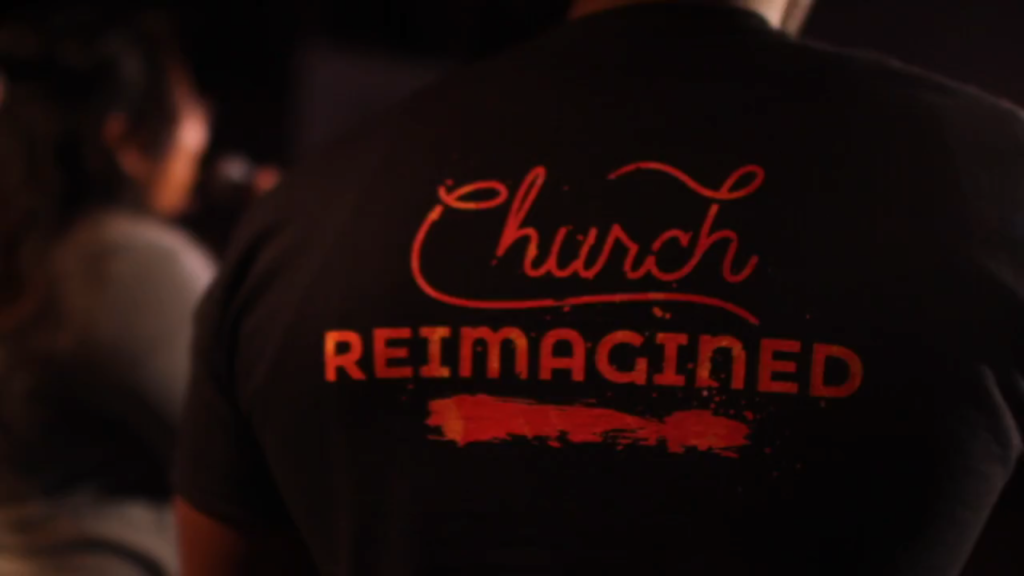 “I saw that the testimony of the True Witness has not been half heeded. The solemn testimony upon which the destiny of the church hangs has been lightly esteemed, if not entirely disregarded. This testimony must work deep repentance; all who truly receive it will obey it and be purified” (Early Writings, 270).

Pride and stubbornness on the part of our people is causing the church to be divided. This is the cause for all the weakness that exists in the church today.

“Matters of disunion have been managed in a reckless way, and as a result the church has become weak, and that love that should exist between brethren has died out of the heart. There has been so much pride of heart and stubbornness of will among those who professed to be the followers of Christ, that He has been dishonored” (Manuscript Release, Vol. 15, p. 84).

Our church has never been more divided as it is today. We are on the verge of seeing the church split over the debate on women’s ordination. But the real cause for division has been revealed by God:

“What is it that causes dissension and discord? It is the result of walking apart from Christ” (Manuscript Release, Vol. 15, p. 88).

Pride of opinion, selfishness, rebellion and wanting to have “my own way” is causing people to stand apart from Christ. That is the real reason why we are divided on women’s ordination. This is causing the church to become weak. Brethren, I want to stand close to the Lord, don’t you?

We are forgetting that our identity, our unity and our prophetic destiny consists of being the bearers of the historic Seventh-day Adventist faith. Some want to distort our identity and tie it to the culture of our age instead of our prophetic heritage. Sadly, others want to reduce the Adventist faith and equate our movement to one of the many Protestant, mainstream denominations. This is what is causing our unique witness to become stagnant and our people to decline spiritually.

“At the time when the danger and depression of the church are greatest, the little company who are standing in the light will be sighing and crying for the abominations that are done in the land. But more especially will their prayers arise in behalf of the church because its members are doing after the manner of the world.” (Testimonies, Vol. 5, p. 209).