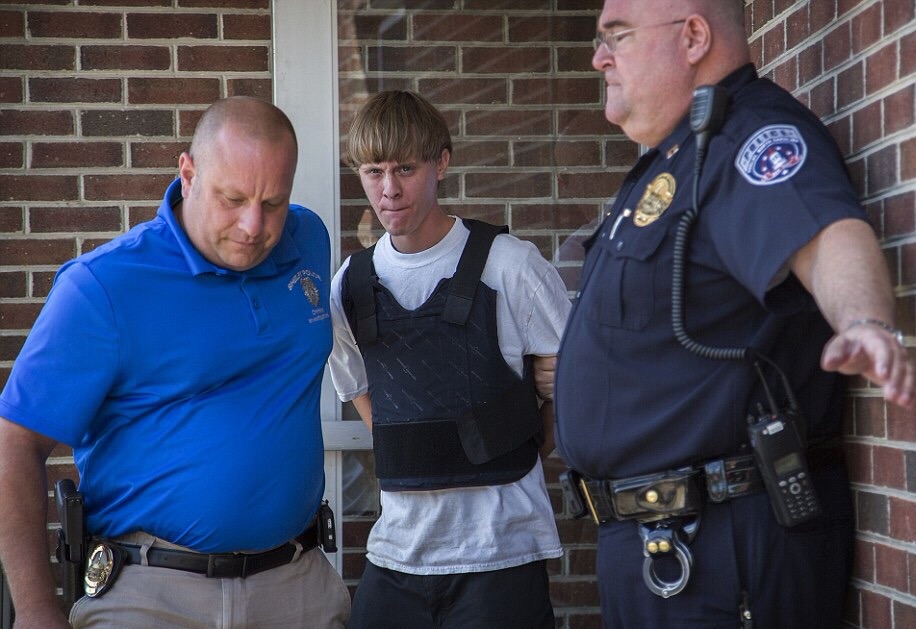 White supremacist Dylann Roof was sentenced to die for shooting to death, in an act of racial hate, nine African-American churchgoers who, in an act of love, had welcomed the would-be murderer into their worship service. This horrific act of violence shocked the entire nation.

The real story here is about the kind-hearted, loving Christians who welcomed the young, unknown man to their church for Bible study. These were decent, honest, defenseless people who were coldly and cowardly gunned-down. Why? Because they were African Americans. Then to add insult to injury, the perpetrator of this heinous crime showed absolutely no remorse during his criminal trial, he confessed to the murders during the trial, he didn’t apologize to the victim’s family during the sentencing phase and even expressed that he would do it again.

You have to give credit the the members of the church who survived this tragedy. They responded to this hate-fueled execution of their Christian brothers and sisters by showing love and forgiveness. We must salute and honor these living, brave saints.

Dylann Roof’s biggest problem is not having to live in 23 1/2 hour lockdown for 15-20 years until the day of his execution. If fact, his biggest problem will not be having to face execution at the hands of our federal government. No. His greatest concern should be when he has to stand before God to answer for what he has done; and those 9 precious souls that he murdered will be standing there by the throne of God too. This is what should concern him the most. We are told in God’s word:

“For we must all appear before the judgment seat of Christ; that every one may receive the things [done] in [his] body, according to that he hath done, whether [it be] good or bad.” 2 Corinthians 5:10.

May Dylann Roof think about these 9 precious souls every moment of his life for the next 15-20 years while he sits silently in solitary confinement. He won’t have anything else to do but think about what he has done. And just before the federal government comes to take him to the execution chamber to administer justice, may he plead for forgiveness to our Righteous God that He may have mercy on His soul. Because if not, the last act of his life will not be what the federal government does to him; but what God will do:

“Then shall he say also unto them on the left hand, Depart from me, ye cursed, into everlasting fire, prepared for the devil and his angels” Mathew 25:41.