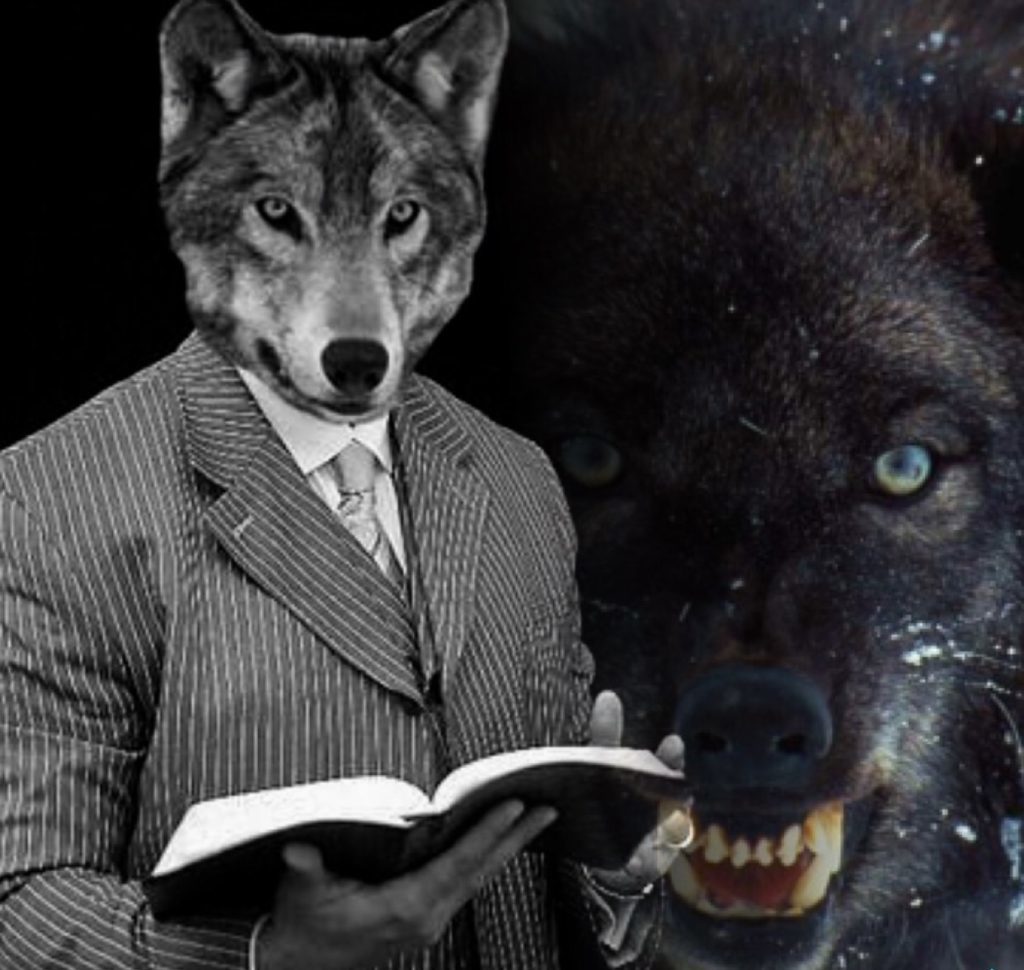 It is a sad time that we are living in when the greatest fraud that takes place in this world is not found among bankers or politicians but among churches that profess to be following Christ. Recently two so-called ministers of the gospel were arrested for sex-trafficking under-aged girls.

Then you have other ministers who love the fleece (money) more than they love the flock. Again, just recently some of these so-called prosperity preachers have come under investigation by the federal government for committing fraud in the name of Christ.

The church has gone from being a poor, persecuted yet powerful people – and has now become a people who are fat, “rich, and increased with goods, and have need of nothing” (Recelation 3:17).

The problem today is that we only want to profess Christ, instead of actually possessing Him. There are so many counterfeit, fake shepherds that are giving a bad name to the church of Christ. Why does this happen?

Too many pastors believe that the work of the ministry is a career choice, when in fact it is not. Ministry is not a stepping stone on a journey to advance your personal ambitions or to further your personal fortune or interest. The work of the ministry is a sacred calling that is not about what “I” can get out of it, but rather how can I serve the church and how to advance the cause of Christ, and not my personal pockets. We have forgotten that the work of ministry is about serving others, and not about being a Lord or about being served by others.

Jesus laid down the conditions and guiding principles for pastors and ministers:

We have forgotten what ministry is all about. Instead of being servants, as Christ commanded, many have become Lords and are devouring the flock and devouring widow’s houses (Luke 20:47).

One of the signs of apostasy in the church is when we begin to exalt the clergy above the congregation. This is the spirit of Antichrist. The “man of sin” would manifest this spirit in the church.

“Who opposeth and exalteth himself above all that is called God, or that is worshipped; so that he as God sitteth in the temple of God, shewing himself that he is God.” 2 Thessalonians 2:4.

Now when any “minister” is no longer a brother or a servant and usurps the position reserved to Christ and acts like a Lord wielding kingly power, then you have a church or a leader that is in apostasy.

Here is God’s warning and prophecy against the false shepherds that are rampant, destroying the vineyard of the Lord.

“Thus saith the Lord GOD unto the shepherds; Woe be to the shepherds of Israel that do feed themselves! should not the shepherds feed the flocks? Ye eat the fat, and ye clothe you with the wool, ye kill them that are fed: but ye feed not the flock. The diseased have ye not strengthened, neither have ye healed that which was sick, neither have ye bound up that which was broken, neither have ye brought again that which was driven away, neither have ye sought that which was lost; but with force and with cruelty have ye ruled them. And they were scattered, because there is no shepherd: and they became meat to all the beasts of the field, when they were scattered. My sheep wandered through all the mountains, and upon every high hill: yea, my flock was scattered upon all the face of the earth, and none did search or seek after them. Therefore, ye shepherds, hear the word of the LORD; As I live, saith the Lord GOD, surely because my flock became a prey, and my flock became meat to every beast of the field, because there was no shepherd, neither did my shepherds search for my flock, but the shepherds fed themselves, and fed not my flock; Therefore, O ye shepherds, hear the word of the LORD; Thus saith the Lord GOD; Behold, I am against the shepherds; and I will require my flock at their hand, and cause them to cease from feeding the flock; neither shall the shepherds feed themselves any more; for I will deliver my flock from their mouth, that they may not be meat for them.” Ezekiel 34:2-10.