What would it take to split the Seventh-day Adventist Church? Well, now we know. Dan Jackson, President of the North American Division of Seventh-day Adventists [NAD], has drawn a red line in the sand during a November 5, 2018 afternoon business session at its year-end meeting.

For three years women’s ordination advocates in North America had offered isolated protests and an occasional burst of outrage after losing the vote to ordain women in 2015. But yesterday, Dan Jackson threatened an all-out revolt against the General Conference during a blistering rebuke to the world church.

For some time many suspected that Dan Jackson was secretly conspiring to oppose the world church on the compliance document – a process aimed at bringing compliance in Adventism on women’s ordination. He not only proved those suspicions true but he has now gone from conspiring in secret to openly daring the General Conference to try and stop him in his opposition to the compliance document. In the video above Dan Jackson gives his “personal appeal” to the church. It’s not an appeal. It’s an ultimatum in which he is sowing the seeds of discontent, misinformation and rebellion in the NAD and abroad. President Jackson stated the following:

“I am very tired and probably angry about how our division (NAD) is looked at by the world. We are not rebels” – Dan Jackson

“Punishing people is something that God will ultimately do. In my opinion, and I know that this will step on toes, I will never agree to that document (document on compliance). It was voted by the world church. There was a majority vote and the General Conference will have to apply whatever principles it needs to apply or thinks to apply” – Dan Jackson

“I believe that this church, one day in the future, is going to stand up in embarrassment and apologize to the absolute abuse of women” – Dan Jackson

“Our women are spiritual women of God serving Him, building ministry for Him and we will not pull back. We are not going to quit hiring women pastors. If you feel we are going to or if you are going to kick up a fuss about it – too bad! We will not stop. Furthermore, we will continue to agitate for the ordination of women to the gospel ministry” – Dan Jackson

The only abuse and embarrassment taking place in the church today is coming from those who are out of compliance. Some are publicly voicing their unwillingness to submit to the decisions made by the world church. By their own words and actions many are showing complete disregard to the church’s processes and authority. They are in essence saying that they are going to do things their own way, follow the leading of their own minds and be controlled by their own judgment. 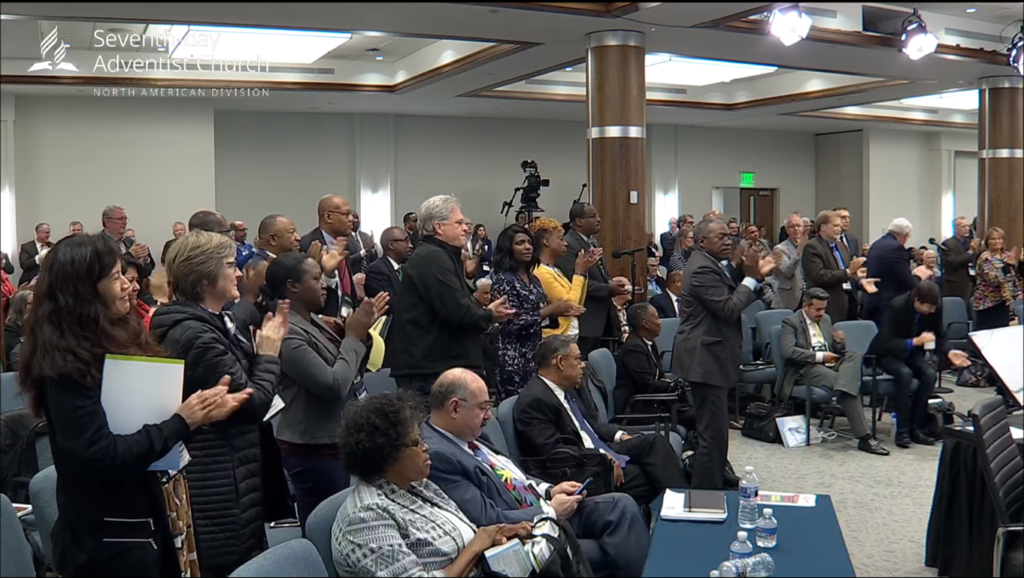 Dan Jackson gets a standing ovation by the officers of the NAD during his ‘personal appeal.’

How can anyone believe that they can rewrite the Bible and the history of the people of God in relation to women’s ordination? How do non-compliant leaders flatter their listeners making themselves believe that they are in the right and that somehow they have been wronged? It is sad to see how many are sowing the seeds of bitterness and resentment while fanning the flames of resistance.

We are not living in ordinary times. This spiritual crisis will only deepen as the Omega of Apostasy becomes full-blown. Lines have been drawn and two parties are being developed in the church. 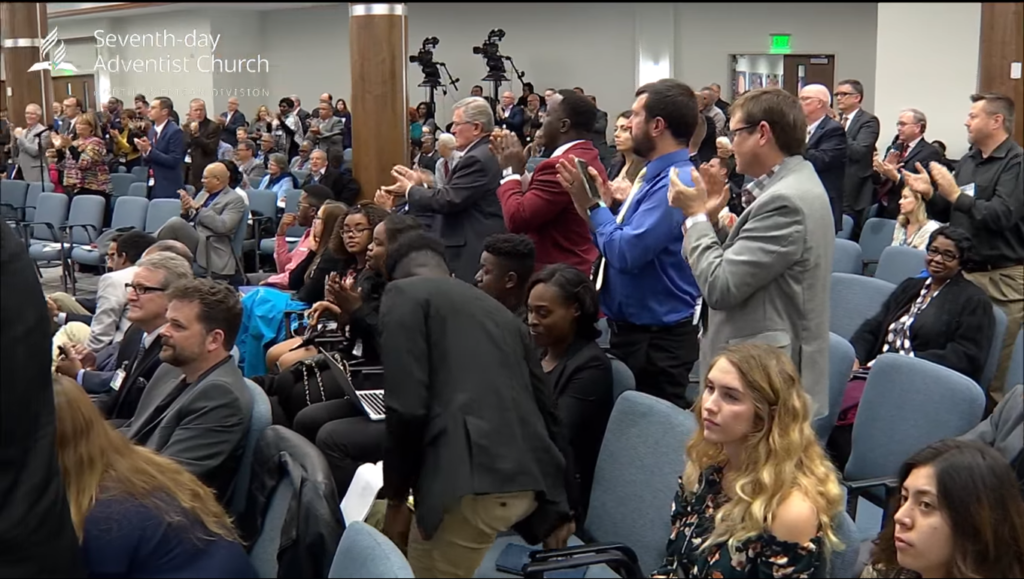 Dan Jackson gets a standing ovation by the officers of the NAD during his ‘personal appeal.’

“As trials thicken around us, both separation and unity will be seen in our ranks. Some who are now ready to take up weapons of warfare will in times of real peril make it manifest that they have not built upon the solid rock; they will yield to temptation. Those who have had great light and precious privileges, but have not improved them, will, under one pretext or another, go out from us. Not having received the love of the truth, they will be taken in the delusions of the enemy; they will give heed to seducing spirits and doctrines of devils, and will depart from the faith” (Maranatha, p. 202).