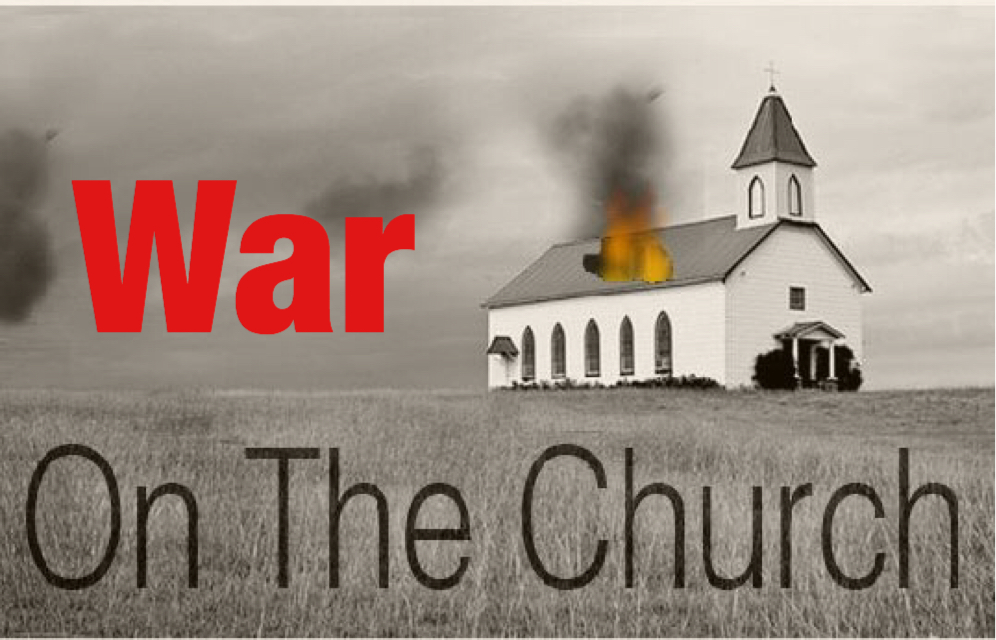 Postmodernism has set its sights against all truth. An all out assault against the gospel of Jesus, who is the “way, the truth and the light” (John 14:6) is the target. This war mentality is the very imagery that a Seventh-day Adventist Pastor from the Pacific Northwest recently gave in the Gleaner Now, the official publication of the North Pacific Union Conference of Seventh-day Adventists.

In an article entitled A Church Bully Transformed Pastor Martin Weber describes certain church brethren as “terrorists.” And who are these terrorist? Well, according to Pastor Weber, it’s those who use the “Testimonies” to beat up on the brethren on issues like “women’s ordination” and the role of the Spirit of Prophecy.

The main point of the article states that we don’t need bullies in the church using cold, hard facts, (objective truth) to force upon the rest of the people. Rather, we need to seek to give the members and visitors warm, fuzzy feelings of subjectivity.

This is the very definition of postmodern Christianity. When we value “feelings” above “facts” truth becomes relative. And even though we don’t want “terrorists” or “bullies” in the church; one thing is certain, we don’t need postmodernism lessening the standard and value of absolute truth.

If the writings of inspiration are not our source for absolute truth, and if we allow warm feelings to dictate and define what truth is, then faith in the atoning blood of Christ, the Three Angels’ Message, the Second Coming of Christ, Righteousness by Faith and all of the other fundamental principles of the faith become meaningless! There is a war in the church, no doubt. And this war has arrived at the very doorsteps of the church.

“And the dragon was wroth with the woman, and went to make war with the remnant of her seed, which keep the commandments of God, and have the testimony of Jesus Christ.” Revelation 12:17.

The war is against the Bible, the “commandments of God,” and the “testimony of Jesus.” Satan, who is the author of postmodernism, has an agenda to overthrow God’s people and make of no effect the last warning message to the world (Revelation 14:6-12).

This is not a new battle. The Battle over truth has been raging for 6,000 years. (Or millions of years if you believe in postmodernism). And yes, we must be wise and loving when dealing with the souls for Whom Christ shed His blood. The church must be sympathetic to those who are hurting or suffering. Yet we cannot be apathetic about the truth of God’s word. For it is only by the “truth” that people can be “set free” (John 8:32) from the pain and consequences of sin.

The emerging church movement with its postmodern theology has created a climate of rationalism, disillusionment and confusion as people have been left unsure about what truth is. This vacuum has provided a wonderful opportunity to share the everlasting gospel in context to Revelation 14 to all the world. This is the crossroads that the church is now found. God is trying to bring us to an experience where we can testify with both our lives and with our voice of the wondrous truth for this time.

Or we can continue down the path of cynicism, doubt, ridicule and unbelief – all expressions of postmodernism. Postmodernism is nothing more than skepticism. There is nothing “loving” or “virtuous” about it. It is actually proud, rebellious and arrogant – when you really think about it. We must even speak the truth in love about this dangerous, anti-Christian idea of postmodernism.

We are in a war and God has spoken with clarity and authority. We have no choice but to confirm His truth, conform our lives to that truth and communicate that same truth to the world.

Martin Luther made a statement with regards to how he saw even the “little points” of truth. May these words be ours as we commemorate the 500 year anniversary of the Reformation. And as we enter into the final work under the power of the latter rain, may these words also ring true today.

“If I profess with the loudest voice and clearest exposition every part of the truth of God except precisely that little point which the world and the devil are at the moment attacking, then I am not confessing Christ, however boldly I may be professing Him. Where the battle rages, there the loyalty of the soldier is proved; and to be steady on all battlefields besides is merely flight and disgrace if he flinches at that point.” (Martin Luther ).