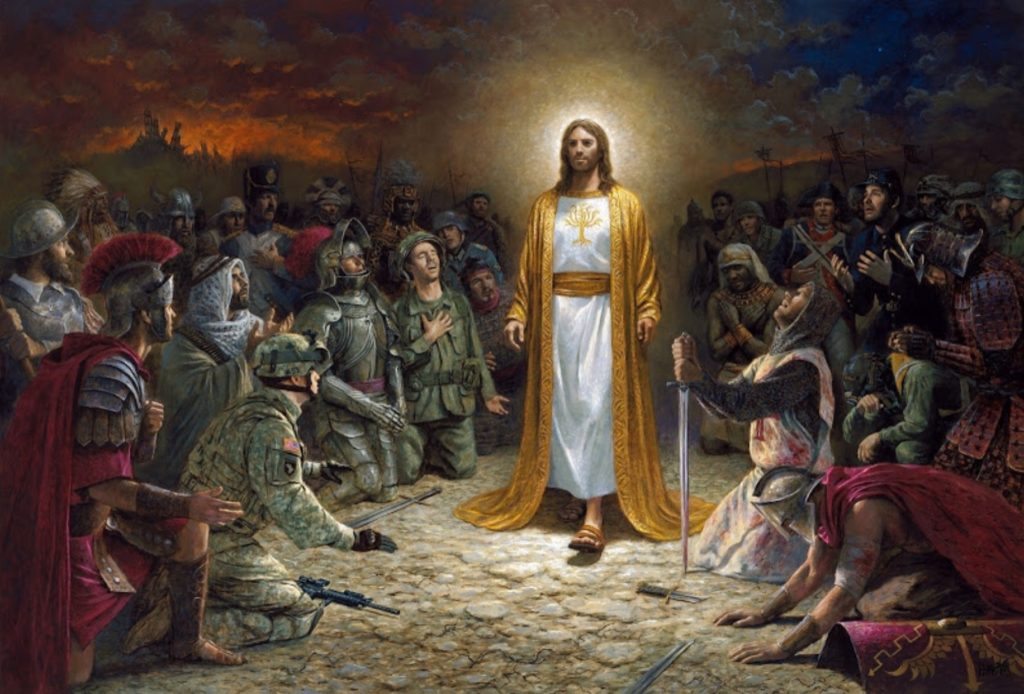 “But where sin abounded, grace did much more abound.” Romans 5:20.

Sin is increasing daily before our eyes. We are living in the darkest part of earth’s history. But even as the world is going over the edge and even as iniquity increases, God is working to reach the lost. There is a Divine intervention taking place at this very moment in which God is making manifest His grace, His love and His unwillingness that any should perish. This is what should motivate our hearts and inspire us to spread the gospel as never before while the final events develop around us.

Syria is being accused again of using nerve gas upon its own citizens leaving victims foaming at the mouth. The chemical attacks has been condemned by America, Britain, France and other allies. There is talk about holding Syria to account as several US aircraft carriers loaded with cruise misiles are headed towards Syria.

On one side you have Syria, Russia and Iran. On the other side you have Syrian rebels, America, Israel and several European allies. This situation has the potential of escalating very rapidly into another world-wide crisis. When it does, many lives will be lost.

It is God’s plan for His people to more forward with the gospel invitation even as mankind prepares for war and destruction. While sin increases, grace must increase more. No one can out-sin the grace of God. No one can get too far away from God where they cannot be saved. The forces of evil are being restrained (Revelation 7:3) so that the gospel can do its work of preparing a people for the coming of the Lord.

“Come now, and let us reason together, saith the LORD: though your sins be as scarlet, they shall be as white as snow; though they be red like crimson, they shall be as wool. If ye be willing and obedient, ye shall eat the good of the land: But if ye refuse and rebel, ye shall be devoured with the sword: for the mouth of the LORD hath spoken it.” Isaiah 1:18-20.

The third angel of Revelation 14 is represented as flying swiftly through the midst of heaven crying: ‘Here are they that keep the commandments of God, and the faith of Jesus.’ Here is shown the nature of the work of the people of God. They have a message of so great importance that they are represented as flying in the presentation of it to the world. They are holding in their hands the bread of life for a famishing world. The love of Christ constraineth them. This is the last message. There are no more to follow, no more invitations of mercy to be given after this message shall have done its work. What a trust! What a responsibility is resting upon all to carry the words of gracious invitation” (Testimonies, 5:206-207).