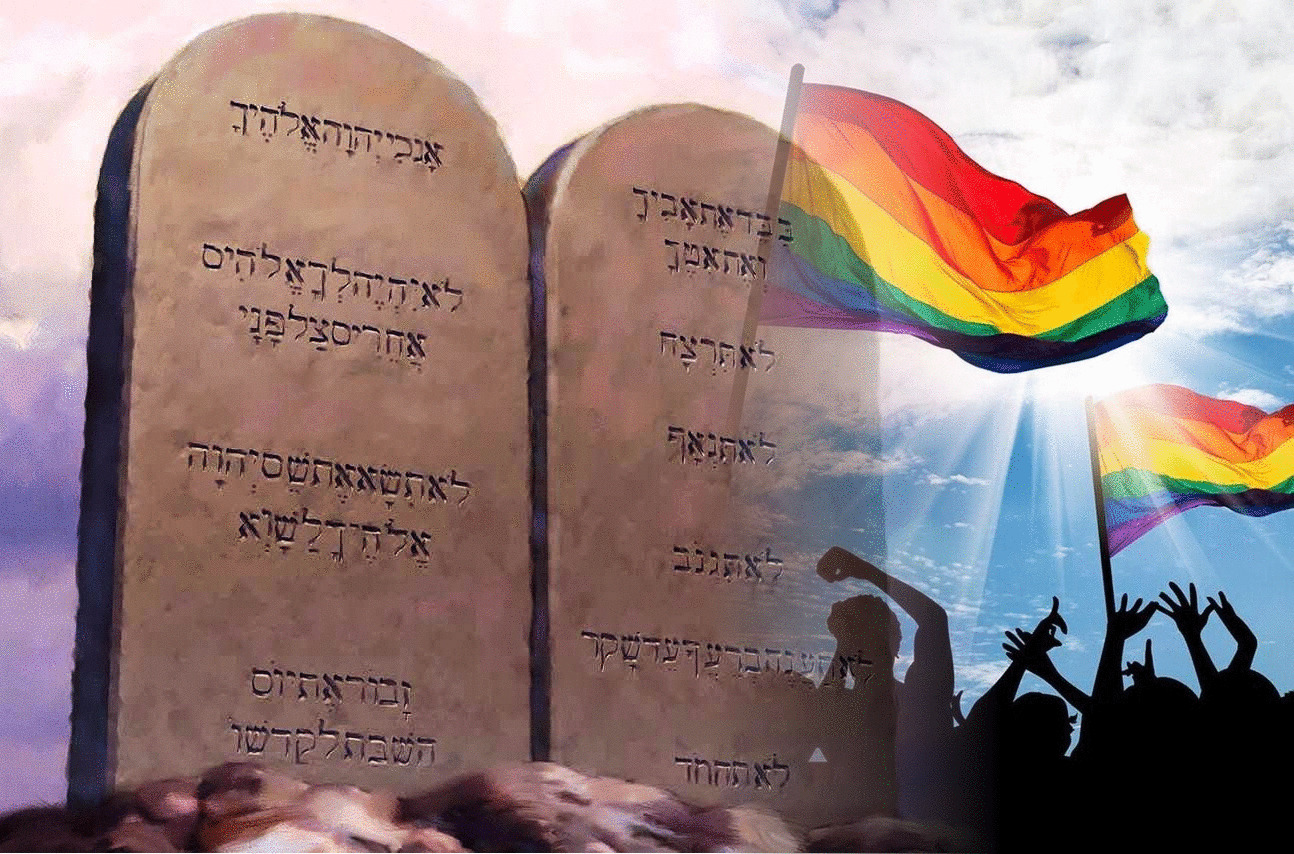 Why don’t our pastors preach powerful sermons on the 5th, 6th, 7th, 8th, 9th and 10th Commandments? If there was ever a time to do it, it is now. We have violent mobs running through the streets, we see destruction and theft, we see little police intervention, we see complete apathy on the part of political leaders, and where are the pastors? Most of them are completely silent. Why is that?

Are we really a commandment-keeping people if we don’t speak up for God’s Law when it’s being trampled underfoot? When we look at Commandments 5-10 of the Decalogue, they specifically address our nation’s current moral decline: disobedience, rioting children, disrespect, hatred, violence, murder, abortion, sexual immorality, sexual anarchy, perversion, theft, robbery, falsehood, slander, lies, selfishness and greed.

During this unprecedented period of lawlessness, God is looking for preachers of righteousness who will uphold the principles of right and wrong, good and evil that are being largely removed from our society. Unfortunately, there will be those who are too afraid to defend what they know to be correct. We will have pastors who will not preach against sin for fear of offending others. Many will not talk about Commandments 5-10 for fear of being rejected or criticized. We are too afraid of what people may say or think. Because of our love for tranquility, some will avoid the discomfort that comes with speaking openly.

It is not an exaggeration to acknowledge that this same dilemma is occurring within Adventism. On May 18, 2020, a report was published in the city of San Salvador, El Salvador, that LGBT+ activists have been trying to get the government to pass a resolution that makes every May 17 a “National Day Against Discrimination for Sexual Orientation and Gender Identity.” This effort has been unsuccessful due to opposition from different ‘conservative’ groups. Who are those groups?

During an interview with the newspaper, the local Accountants Union refused to recognize May 17 as a day for the LGBT+ movement because that day is already reserved as “Accountant Day” and “apparently they did not want to share that day to commemorate simultaneously non-discrimination based on sexual orientation and gender identity.” [1] The Roman Catholic Church said they opposed reserving May 17 for the LGBT+ movement because they saw no need to highlight their  “position”. The Light of the World Church (Pentecostals) argued that they could not support the LGBT+ initiative because this “would be against the design of God.” [1]

What about Seventh-day Adventists? What position, if any, did they take? When asked about their point of view on making May 17 a day for the LGBT+ movement, their response was very typical of politically correct and compromised people. Basically they said they did not want to get involved and would simply “leave the decision to the discretion of government officials.” [1]

Why do we become spineless cowards when it comes to standing up to the LGBT+ movement? Why do we turn into invertebrates when it comes to taking a stance on sexuality? Why do we cave to any pressure that would make us tell people what we really think. Most Seventh-day Adventists believe in the biblical view of sexuality. We believe that God created marriage and sex to be affirmed within a loving committed heterosexual relationship. Unfortunately, it takes a lot of courage these days to stand up for this truth. And courage is something that is missing among our people.

Why are the Pentecostals in El Salvador more willing to stand up and defend the law of God than Seventh-day Adventists? Can we say, “Praise God” for these Pentecostals who refuse to bow to the LGBT+ activists? What about our people? They are groveling and whimpering before the LGBT+ movement. We crawl into the fetal position and refuse to answer any questions. Once you display cowardice, the hiding never ends. Once you show surrender, the compromises don’t stop.

What use is a faith when it is silent? Silence has never saved anyone. Lost souls seldom come to repentance on their own. If we refuse to uphold God’s law, we will be lost when the Latter Rain is poured out. We will not participate in the Loud Cry or in the completion of God’s work:

“There is a prospect before us of a continued struggle, at the risk of imprisonment, loss of property, and even of life itself, to defend the law of God, which is made void by the laws of men … When the laws of earthly rulers are brought into opposition to the laws of the Supreme Ruler of the universe, then those who are God’s loyal subjects will be true to Him. We as a people have not accomplished the work which God has committed to us. We are not ready for the issue to which the enforcement of the Sunday law will bring us” (Testimonies, Vol. 5, p. 712, 713).

If we cannot defend Commandments 5-10 in a time of relative peace, how do we think we will defend the 4th Commandment during the mark of the beast when we could lose our lives? No way, it won’t happen. If fear prevents us from speaking out in defense of God’s Law now, during comfortable times, what are we going to do when the real problem comes? Satan is waging a relentless war and how can the church of God sit down and say nothing? God’s law is being made void and shall we stand idle?

We are called to confront error and resist its advance. We cannot keep looking the other way and act as if nothing is happening. This weak and helpless attitude on our part only emboldens the enemy. As a result, the same morally bankrupt culture of the world has made its way into the church. This is the reason for the appalling silence and indifference within Adventism.

“We are sorry that there are some who are too cowardly to own the truth. You feel dependent upon your neighbors for [an] agreeable companionship and do not want to displease them. But your cowardice, you are hiding your light so that it shall not shine distinctly in good works, so that they may see with a certainty you are in harmony with the obedient, commandment-keeping people of God, [this] constitutes you a stumbling block to your neighbors. They stumble over your disregard of God, taking license from you to follow pernicious ways” (Manuscript, 69a, 1896).