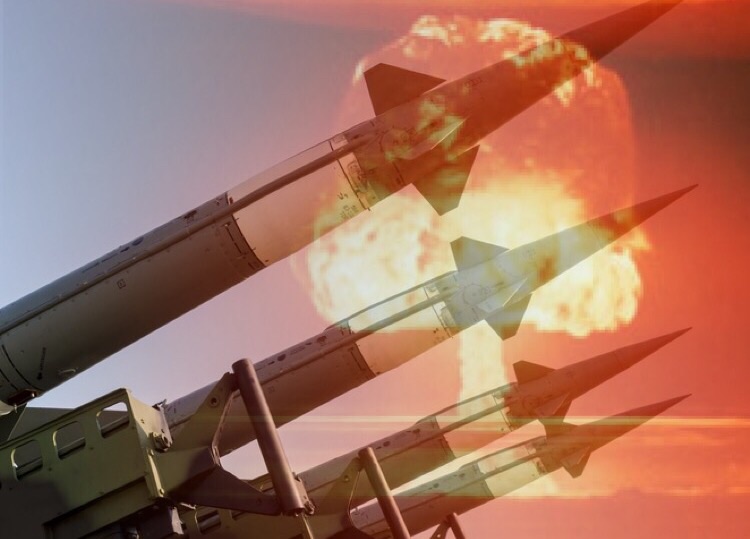 “For nation shall rise against nation, and kingdom against kingdom.” Matthew 24:7.

Global tensions are rising and creating a nuclear arms race the likes we have never seen before. America, Europe, Asia and the Middle East are all in a race to build up their military powers amid perceived threats and provocations of war. War is everywhere. It’s on everyone’s mind. Military exercises are increasing and armed patrolling of boarders and oceans are brining tensions between nations to a boiling point. Territorial disputes are turning old allies into new enemies.

Certain disputed islands in the South China Sea has proved a showdown between the U.S. and China. This has lead to a military build-up and neither Donald Trump nor China is backing down. America has warned the Chinese to cease and desist all activities in the area and China has responded with threats of nuclear war.

Russia is expanding and boosting up its nuclear arsenal and mobilizing its military in strategic locations in preparation for any armed aggression. Russia has Europe on edge after its annexation of Crimea.

There is a nuclear showdown developing on the Korean Peninsula. North Korea’s nuclear threat has the Asian pacific countries nervous. The regional nations are trying to figure out how deal North Korea’s expanding missile research and testing. Both the U.S. and China are closely watching these developments.

Nuclear-power Iran is fighting a proxy war with Saudi Arabia right now with Yemen being used as the battle field. Israel, another nuclear power, is ready to take out Iran’s nuclear development program at any moment that it feels its security and very existence threatened. Iran’s recent missile test is provoking a conflict with the United States and its allies.

A rise in Islamic militancy in nuclear-armed Pakistan has lead to recent threats of nuclear war with Israel and India. This is also creating added tensions in the Middle East as more and more countries become nuclear powers. The ongoing rivalry between Pakistan and India is the most likely situation today that could produce a nuclear war between two, big powerful countries and could result in the deployment of nuclear bombs.

All we can do is pray. Pray for grace that we may escape this coming conflict.

“Watch ye therefore, and pray always, that ye may be accounted worthy to escape all these things that shall come to pass, and to stand before the Son of man.” Luke 21:36.

As we see the nations of the world being stirred to nuclear conflagration we are to watch for the coming of the Lord, Christ Jesus, because our salvation will come. Praise God!