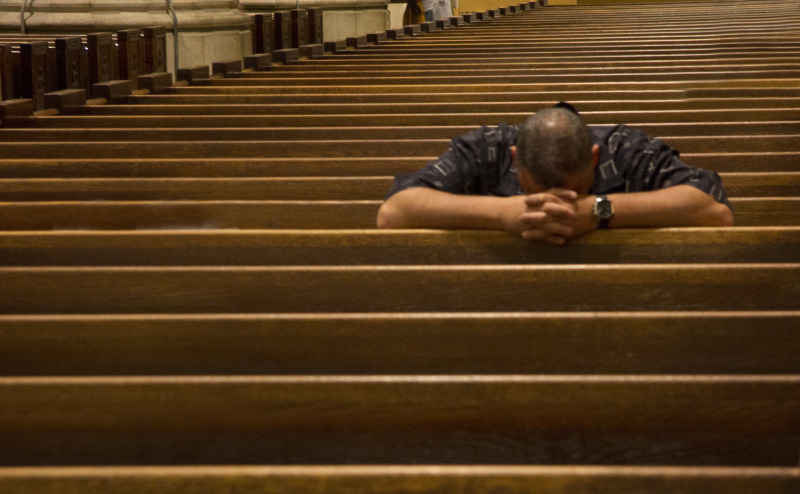 “Thou canst not stand before thine enemies, until ye take away the accursed thing from among you.” Joshua 7:13.

God informed Joshua that in times of spiritual crisis a thorough reformation was required in order to ensure success for the people of God. Once wrongs were addressed and put away, then all would be well.

Whether we choose to acknowledge it or not, there is a serious, deepening crisis enveloping the church today. By all accounts it appears that a split on women’s ordination is not just inevitable but also imminent. There is a movement that will never quit advocating for full gender equality in ministry in the Seventh-day Adventist Church. Not only have some expressed their willingness to keep ordaining women against the official position of the church, but many are pushing their resistance in the public eye. [1]

Very well-meaning solutions have been proposed that tell us to just stay focused on missions. We’re told not to become distracted on this issue of women’s ordination and to focus on evangelism, even though it seems that the proponents of women’s ordination are becoming more and more vocal and militant everyday.

Mission is the life of the church, but you cannot evangelize your way out of a spiritual crisis. Wrongs need to be met head on for the sake of evangelism. Look at what God says about reaching the lost through eveangelism when we ourselves are in a spiritual crisis:

“The Lord does not now work to bring many souls into the truth, because of the church members who have never been converted, and those who were once converted but who have backslidden. What influence would these unconsecrated members have on new converts? Would they not make of no effect the God-given message which His people are to bear?” (Testimonies, Vol. 6, p. 370).

Apostasy, rebellion and wrongs are keeping “many” from coming into our ranks. We can increase our evangelistic budget and still not get the results that we could be receiving if only the straight testimony of the true witness were revived in our churches. Those who simply want to focus on evangelism fail to understand the sacred duty of working to purify the church:

When we only emphasize evangelism without seeking unity and holiness in the church we neglect the greatest evangelistic tool available in our arsenal – God’s blessings!

Imagine sharing with potential members and truth seekers our Bible-based faith – the Seventh-day Sabbath, the non-immortality of the soul, the sanctuary, the law of God, the literal, visible second coming of Jesus and other beliefs – and then for these same potential converts to hear people like the North American Division President, Dan “Hooey” Jackson, make public statements to the whole world saying that the Seventh-day Adventist Church is “abusive to women.” [1] What kind of effect will that have on our evangelistic efforts?

So yes, mission should be our main emphasis and focus; however, in times of apostasy and spiritual crisis a work of reformation is also very much needed. We cannot prosper until the thing which God abhors (rebellion – 1 Samuel 15:23) is either repented of, prayed over, reconciled and if necessary removed from among God’s people.

“If wrongs are apparent among His people, and if the servants of God pass on indifferent to them, they virtually sustain and justify the sinner, and are alike guilty and will just as surely receive the displeasure of God; for they will be made responsible for the sins of the guilty. In vision I have been pointed to many instances where the displeasure of God has been incurred by a neglect on the part of His servants to deal with the wrongs and sins existing among them” (Testimonies, Vol. 6, p. 265).