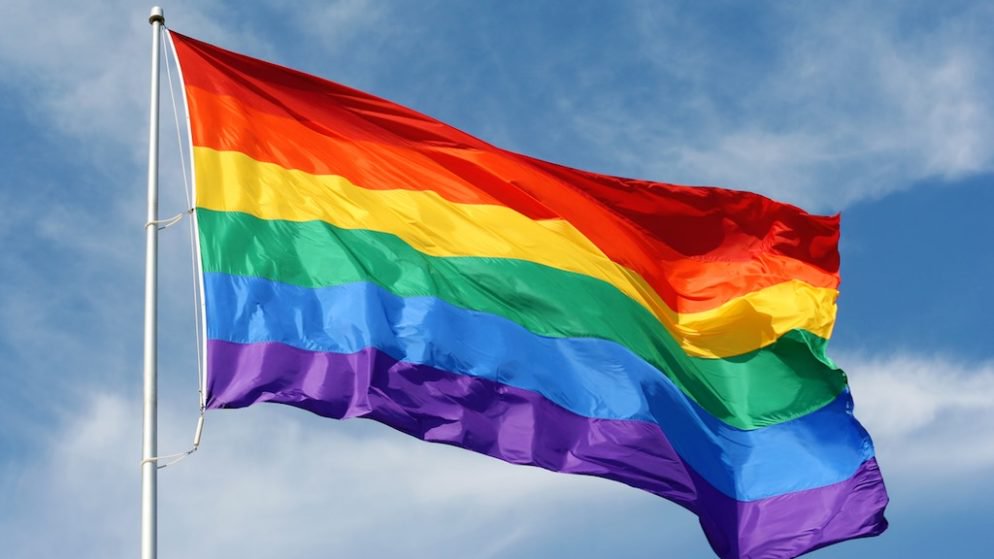 A Seventh-day Adventist lesbian has announced the launch of a LGBT friendly Bible app that refers to God in “neutral” terms. Crystal Cheatam says this effort is to make the Bible “accessible” to those who feel “marginalized” by Christians — particularly the LGBT community. Crystal Cheatam was determined to create a gay-friendly Bible after her church, the Seventh-day Adventist Church, told her that homosexuality and the Bible are incompatible.

Crystal said that too many homosexual Christians are being marginalized and so she is trying to create a support for gays and lesbians. She hopes that her Bible app will be a resource to help others feel accepted. That is why her Bible app will replaces certain Biblical texts to help the gay community feel more included.

Don’t Add or Take Away from God’s Word

“For I testify unto every man that heareth the words of the prophecy of this book, If any man shall add unto these things, God shall add unto him the plagues that are written in this book: And if any man shall take away from the words of the book of this prophecy, God shall take away his part out of the book of life, and out of the holy city, and from the things which are written in this book.” Revelation 22:18, 19.

God’s word also tells us that in the beginning He only created two genders, male and female.

“Have ye not read, that he which made them at the beginning made them male and female, And said, For this cause shall a man leave father and mother, and shall cleave to his wife: and they twain shall be one flesh? Wherefore they are no more twain, but one flesh. What therefore God hath joined together, let not man put asunder.” Matt. 19:4-6.

What God has joined together, one male with one female, Jesus declared that no one should attempt to change this relationship. When God created Adam first, He recognized that it was not good for him to be alone. Therefore God Himself provided Adam with a suitable companion in Eve, a woman, and thereby binding them together in a marital relationship (Gen. 2:19-24).

This is what God has brought together, male and female. It was this male/female relationship which Christ declared that should no be “put asunder.” After bringing them together He blessed them and said, “Be fruitful, and multiply, and replenish the earth.” Gen. 1:28.

This was the order that God established at the beginning of the world: (1) God created one male and one female (2) He brought a woman to Adam (3) He joined them together in marriage (4) He blessed this union (5) He commanded them to multiply, procreate, and increase the family circle.

These stated principles God declared to be “very good” (Gen. 1:31).

In light of this Biblical, foundational account of the origin and nature of the first couple, homosexual or “same” (homo) sex marriage or gay marriage contradicts God’s intention for the expression of human sexuality in holy matrimony.

Same-sex marriage is based upon homosexuality, and in Genesis chapters 1 and 2, God’s creative design of male and female is the foundational argument against same-sex relationships such as gay and lesbian marriage.

However, the Bible gives us a very direct and solemn answer as to what God thinks about this gay marriage. In addressing this sensitive issue, we want to assure all of our readers that God loves the sinner. He became the substitute to all those who believe in Him and repent. He took our place on the cross, suffering the justice of God in our behalf to pay for our sins with His own blood.

“Christ came to this world to show that God is love, that like as a father pitieth his children, so the Lord pitieth them that fear him…He abhors sin, but with a love that passes knowledge he loves the sinner.” Review and Herald, Jan. 19, 1911.

When we truly seek God through true repentance, He will give us His grace and righteousness to overcome our sinful ways: “Thanks be to God which giveth us the victory through our Lord Jesus Christ.” 1 Cor. 15:57.

“Through the righteousness of Christ we shall stand before God pardoned, and as though we had never sinned.” 5BC 1142.

A number of biblical prohibitions emphasize the dangers of straying away from God’s path and plan for humanity. The Bible says: “But the men of Sodom were wicked and sinners before the LORD exceedingly.” Gen. 13:13.

What was their high crimes that would merit such a harsh pronouncement? Notice, what the Bible says: “And they called unto Lot, and said unto him, Where are the men which came in to thee this night? bring them out unto us, that we may know them.” Gen. 19:5.

The men of Sodom are said to be “exceedingly wicked” and sinful because of their homosexual lifestyle. According to these passages, the men of the city – old and young – intended to “know” the two male guests of Lot. It is quite obvious, according to Gen. 19:5 and Gen. 19:8, that these men of Sodom intended to have intimate relations with the to male visitors. From this incident we get the meaning of the word sodomy, meaning sexual same-sex acts. Because of these wicked acts, the men of Sodom brought divine judgment upon the entire community. The destruction of Sodom and Gomorrah shows the appalling wickedness of the two cities and the surrounding cities as well.

The Apostle Jude identifies the chief sin of Sodom and Gomorrah as “strange flesh.” Jude 1:7, a reference to the same-sex relationships of the city. And Jude goes on to say that these two cities became a symbol of the eternal punishment to come.

The book of Leviticus is quite clear when it says: “Thou shalt not lie with mankind, as with womankind: it is abomination.” Lev. 18:22.

Rom. 1:18 says, “For the wrath of God is revealed from heaven against all ungodliness and unrighteousness of men, who hold the truth in unrighteousness.”

Well, what are some of those acts that will bring upon the judgments of God: “For this cause God gave them up unto vile affections: for even their women did change the natural use into that which is against nature: And likewise also the men, leaving the natural use of the woman, burned in their lust one toward another; men with men working that which is unseemly, and receiving in themselves that recompense of their error which was meet.” Rom. 1:26, 27.

These verses clearly speak against homosexuality as an immoral practice and provide a strong scriptural basis for the rejection and condemnation of same-sex marriage.

“Know ye not that the unrighteous shall not inherit the kingdom of God? Be not deceived: neither fornicators, nor idolaters, nor adulterers, nor effeminate [same-sex relationships], nor abusers of themselves with mankind.” 1 Cor. 6:9.

“For whoremongers, for them that defile themselves with mankind [gay relationships], for menstealers, for liars, for perjured persons, and if there be any other thing that is contrary to sound doctrine.” 1 Tim. 1:10.

The sexual revolution of the 1960s has taken its toll on our society in general. Homosexual relationships and same-sex marriage are celebrated in the universities, in the daily newspapers, on television, the internet, by Hollywood, Disney, and in society in general. It has become the normal lifestyle. More and more of our local city, state, and federal government institutions have become gay friendly, and more Americans are being allured to accept homosexuality.

The gay lobby is powerful in America and is determined that their “alternative” lifestyle” be given the same classification of being normal because, according to them, gay people were born genetically different. Radical, liberal scientists are obsessed in finding a “gay gene” to prove that people are born gay. However, no evidence has yet been found that one’s sexuality is determined by genetics.

As same-sex marriage has been gaining support from everyone, this issue has become divisive in a number of churches and denominations. The fact is this: the homosexual agenda has come into Christianity and is taking over! Today we see the ordination of homosexuals, pastors who are gay and lesbian, and members who are open homosexuals. Just like society, many churches are folding to the gay lobby. The gay agenda in the United States and around the world has waged a relentless war against the church, and some are buckling under pressure.

1. The gay lobby wants the churches to be required to openly accept gays and lesbians as members and as leaders in the church

2. The gay lobby wants to shut down radio and television broadcasters who openly call homosexuality sin

3. The gay lobby would like to penalize or imprison ministers and preachers who characterize gays and lesbians as immoral and sinful.

The Remnant church must be faithful and reaffirm its commitment to the Word of God and (1) defend the marriage institution given to us by God as a holy and sacred union between one man and one woman—regardless of what the voice of the majority may say or do; and (2) declare that gay marriage is out of step with the Word of God. Gay marriage devalues and undermines the Biblical institution of marriage.