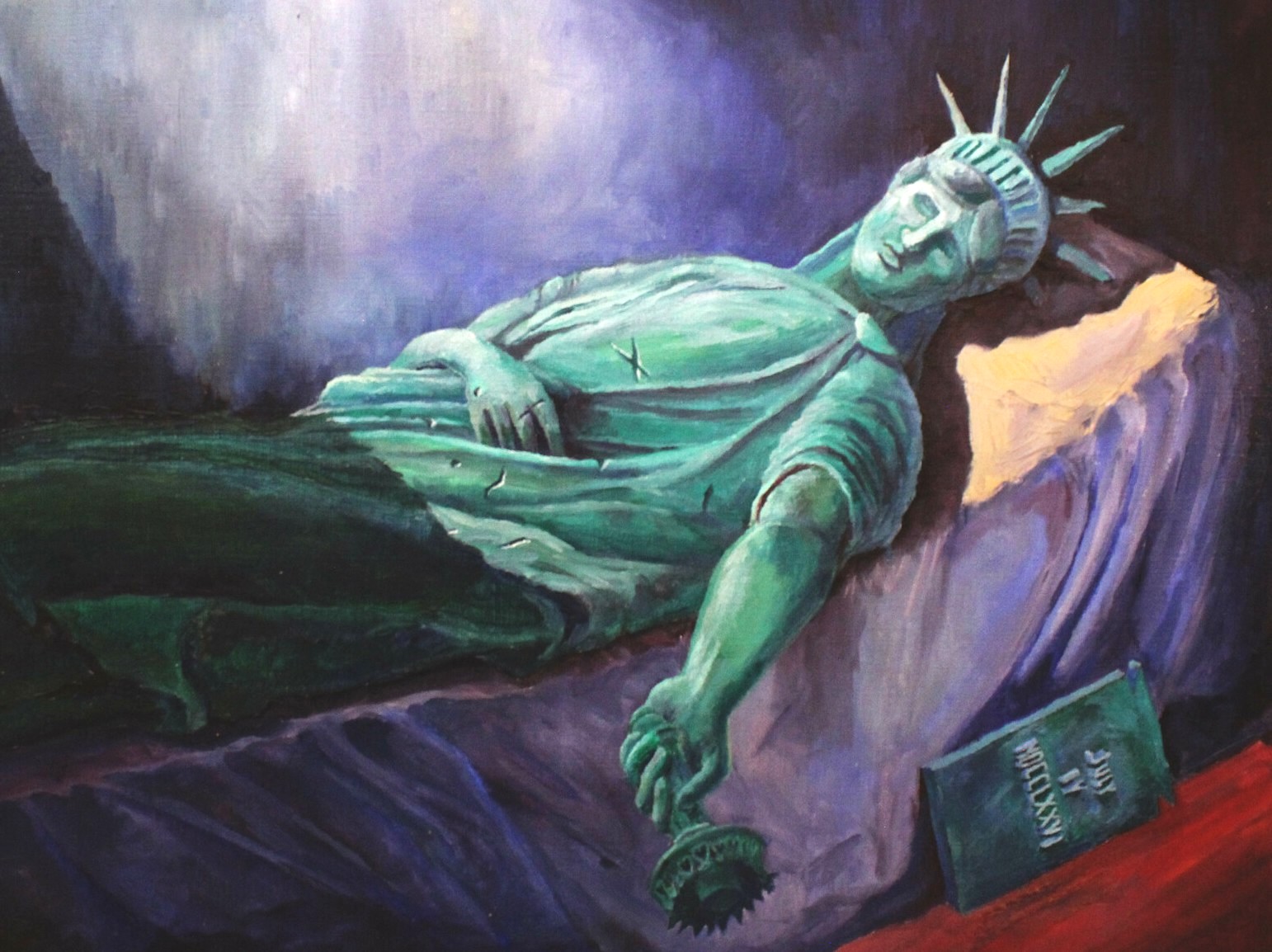 On January 20, 2021, the most radical, most extreme and most liberal group of Democrats in the history of the United States will take control of the White House, the Senate and the House of Representatives. On January 20, 2021, the nation will gather to witness the transfer of political power. It could well be a gathering to witness the loss of an ideal and the end of an era in America as the land of the free and the home of the brave.

Make no mistake, our worst fears and the worst case scenario will soon be realized. The purge of Christians and conservatives has already begun. They are already being canceled across the board on Facebook, YouTube, Twitter and the airwaves. The war against the Constitution, the takeover of the Supreme Court, the slaughter of the unborn (abortion), the destruction of biblical marriage, the end of the traditional family, the LGBT+ tsunami – it’s all coming, relentless in its fury.

To say the outlook will be grim would fail to describe the forces that are in operation:

“The agencies of evil are combining their forces and consolidating. They are strengthening for the last great crisis. Great changes are soon to take place in our world, and the final movements will be rapid ones” (Testimonies, vol. 9, p. 11).

Who can we thank for this? Who’s responsible for putting the most anti-Christian, anti-Bible, pro-abortion, pro-gender theory, pro-cancel culture, pro-LGBT+, pro-Laudato Si’, pro-Fratelli Tutti and the most pro-Marxist group of politicians into office? We have the Christians in America to thank. We can thank Catholics, Protestants and even Seventh-day Adventists who put these people in office. They may be celebrating and rejoicing now, but the day will come, and it is almost here, when they will regret what they have done. Once you’ve crossed the Rubicon, like when Caesar entered Rome with his army and established a dictatorship and eliminated the opposition, there is no turning back. [1]

Under Joe Biden’s Equality Act which he promised to pass during the first 100 days in office [2], Christian morality will be denounced by this law as intolerant. Those who resist the normalization of the transgender lifestyle will be harassed, threatened, silenced, prosecuted and imprisoned. Those who oppose globalism, open borders, climate change and ecumenism will be labeled the enemies of science and progress. Those who oppose, resist or protest will be demonized and prohibited from having a voice or platform to speak out. This is not something that will happen in the future, it is happening right now.

If you watch the mainstream media or listen to what Nancy Pelosi, Chuck Schumer and others are saying, Trump and his supporters and conservatives are evil, they are fascists, they are dangerous and the Democrats will make sure they are never in power again. And what is their evidence? Well, they say, “Look at what some Trump’s supporters did this week at the United States Capitol.”

The same people who are denouncing the chaos that took place “one day” this week at the United States Capitol are the same people who have been promoting, excusing and encouraging violent protests for the past “four years.” Think about it. These people, who in their fake indignation, are upset by what happened last Wednesday by “some” Trump supporters, said absolutely NOTHING about the last FOUR YEARS of riots, looting, burning of police stations, shootings, murders, church burnings, violence, assaults and destruction of homes and businesses.

Those who defended chaos and violence for the last 4 years are the same people who are now condemning the chaos and violence that took place this past Wednesday. Even the North American Division of Seventh-day Adventists, who were not seen or heard of during the last 4 years of left-wing political terrorism, has now come out of hiding to speak out against what happened in the US Capitol by Trump supporters. [3]

So on January 20, 2021, we will come together to mourn the loss of a nation. America, as we knew it, cannot survive much longer. However, America as the image of the beast that will speak like a dragon and make the world worship the first beast by imposing its doctrines, well, that America will be born. And when Joe Biden takes office and when the celebrations begin, thanks to the Christians who voted him in, know that the sins of the land will be crying out to God for judgment.

“With unerring accuracy the Infinite One still keeps account with the nations. While His mercy is tendered, with calls to repentance, this account remains open; but when the figures reach a certain amount which God has fixed, the ministry of His wrath begins. The account is closed. Divine patience ceases. Mercy no longer pleads in their behalf” (Prophets and Kings, p. 364).