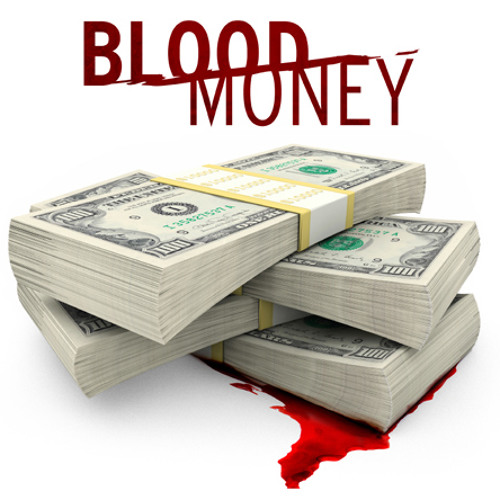 Seventh-day Adventist institutions have a long history of receiving money from the abortion business. Different news reports have revealed that institutions such as Loma Linda University and La Sierra University have received funding from abortionist, Dr. Edward C. Allred. [1] Dr. Allred has claimed to have personally performed more than 250,000 abortions. At one point, his abortion clinics performed 1/3 of all abortions in California and generated tens of millions of dollars each year [1] during the 35+ years he was in the abortion business.

Now, the November/December 2020 issue of Gleaner magazine, the official publication of the North Pacific Union of Seventh-day Adventists, reported that one of its institutions received $100,000 from “Ed Allred of Los Alamitos, CA.” This is the same Dr. Edward C. Allred who made his vast fortune with his notorious population control abortion clinics. In an article called “MEA Flips and Shares Blessings” in the November/December 2020 Gleaner magazine, p. 23, you will see how the church still praises God for abortion money. [2] [3]

First of all, let me share with you what God thinks about the abortion business and specifically, about abortion money. The following list is especially offensive to God for these acts are destructive to human life.

“These six things doth the LORD hate: yea, seven are an abomination unto him: A proud look, a lying tongue, and hands that shed innocent blood, an heart that deviseth wicked imaginations, feet that be swift in running to mischief, a false witness that speaketh lies, and he that soweth discord among brethren.” Proverbs 6:16-19.

“Hands that shed innocent blood.” This is an abomination in the eyes of the Lord. God “hates” this. But then there is another component to shedding innocent blood that aggravates this sin even more. We are talking about when money is involved. God not only hates murder for hire and blood money, He curses it. This is how God feels about the modern abortion industry.

“Cursed be he that taketh reward to slay an innocent person. And all the people shall say, Amen.” Deuteronomy 27:25.

There are doctors in America who live luxuriously in beautiful mansions because they have become rich from the business of taking lives. The abortion industry is a multibillion dollar business. And every dollar this business generates is cursed and stained with blood. You can’t pray the curse away. You can’t sanctify what God has cursed by publishing a praise report in our journals. They are in the business of killing for hire. Make no mistake, God’s curse is on this nation, on the abortion industry, on its money and dare we say – on many of our institutions.

“Her princes in the midst thereof are like wolves ravening the prey, to shed blood, and to destroy souls, to get dishonest gain.” Ezekiel 22:27.

The word of God tells us that they are not doctors or nurses; they are wolves who traffic in death for money. Blood money is “dishonest gain.” And if Jesus overturned the tables because the people were making a dishonest gain selling doves and lambs for sacrifice, we can only imagine what He will do when His professed people are receiving dishonest gain from child sacrifice.

Will we collaborate with abortionists to betray the most innocent? Would the church today accept the 30 pieces of silver that betrayed Christ to finance its mission? If not, why do we take blood money from abortionists if Christ identifies with the “least” of humanity?

Has money become more important to us than morals and values? Will financial gain at the cost of innocent lives make us participants in the same filthy negotiations that Judas did with the chief priests:

“What will ye give me, and I will deliver him unto you? And they covenanted with him for thirty pieces of silver” Matthew 26:15.

Judas was tormented by his guilt, but he gave back his blood money when he said:

“I have sinned in that I have betrayed the innocent blood. And they said, What is that to us? see thou to that. And he cast down the pieces of silver in the temple, and departed, and went and hanged himself.” Matthew 27:4-5.

At least Judas admitted his sin and returned the money. Our people don’t even have the grace to admit when we are wrong. Seventh-day Adventist institutions are keeping their blood money, year after year. Those who betray innocent blood for reward will not escape:

Seventh-day Adventism is being misrepresented when it is funded and supported by money that comes from the mass killings of babies. It is time for our churches to see the danger of taking money from abortionists. This is causing our tongues to be tied and our voices to remain silent amid the horrible slaughter of the innocent:

“Speak up for people who cannot speak for themselves. Protect the rights of all who are helpless.” Proverbs 31:8 (GNT).

So while the death camps in abortion clinics continue their bloody business, our institutions will continue to be the recipients of those ill-gotten gains. The tragedy is that most of our people won’t even care. There’s no urgency to do anything or to end our collusion with abortionists.

“Even from the days of your fathers ye are gone away from mine ordinances, and have not kept them. Return unto me, and I will return unto you, saith the LORD of hosts. But ye said, Wherein shall we return?” Malachi 3:7.