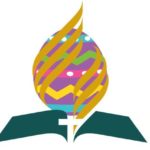 What happened to the Protestant cry of “the Bible and the Bible only?” Protestants used to announce their rule of faith as “Sola Scriptura” (by scripture alone). God’s word is supposed to be the only standard used by Protestants for faith and practice, because it is the only sure foundation on which we can build. […] 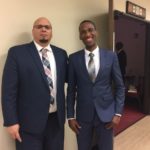 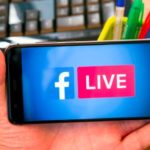 On Saturday, March 20, 2021, we will be live streaming each meeting on our Facebook page for those who are unable to attend. You don’t need a Facebook account to view. Just click on the following link during the scheduled times to watch: https://www.facebook.com/adventmessengers The speaking schedule is Central Time (Dallas, TX). 9:30 am – […] 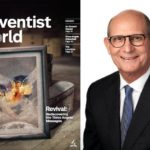 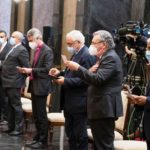 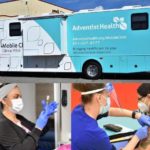 On March 2, 2021, Kiyoshi Tomono from Adventist Health Network announced the launching of a new mobile health clinic that will be used for “COVID vaccine distribution.” The plan is to visit “rural areas” to “distribute vaccines.” [1] Daniel Wolcott, president of Adventist Health Kern County Care Delivery said that the “first assignment” for this […] 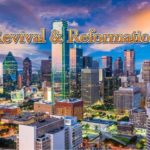 We want to invite you all to a full day of revival, reformation and spiritual renewal. The theme is called “Watch & Be Ready.” Everyone is welcome to join us in worship as Amazing Word Ministries and Advent Messenger will come together to share God’s word in the Dallas/Fort Worth area on Saturday, March 20, […] 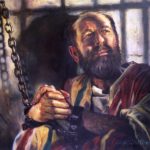 This is a Sabbath sermon that shows how Paul was in chains for preaching Christ, the Hope of Israel. Jeremiah was also a man of contention to the whole world because he faithfully preached God’s message. God’s word says woe to this world because offenses must come, but it also says woe to me if […] 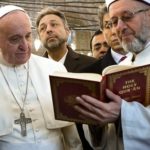 First, Pope Francis signed a declaration of peace on “Human Brotherhood” with the Grand Imam in Abu Dhabi, United Arab Emirates; then Pope Francis made a historic visit to Iraq and met with Ayatollah Ali al-Sistani, one of the most important Shiite Muslim religious leaders, and held an interfaith service with him to put aside […] 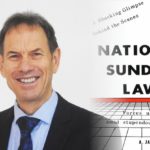 Three days ago Bob Larsen, President of the North New Zealand Conference, disavowed the National Sunday Law book in an interview with the local media. The news sought an official response from the Seventh-day Adventist Church about a mass distribution campaign currently underway in New Zealand. The media wanted answers as to why some in […]