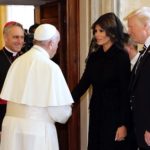 Melania Trump revealed this week when she traveled to the Vatican with with President Trump that her allegiance is to Pope Francis and to the Catholic faith. Melania’s spokesperson confirmed that she is in fact Catholic. Prior to her meeting the Pope Francis, Melania traveled to a children’s hospital to meet with many of the sick […] 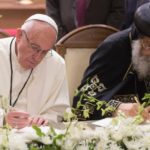 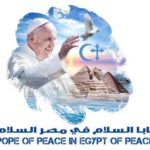 In preparation to Pope Francis’ historic visit to Egypt, the Vatican has rolled out a new logo commemorating the event which takes place April 28-29. The logo shows the Muslim Crescent next to the Christian Cross, which visually places the “religion” of Jesus Christ and the Christian faith on the same level with the teachings […] 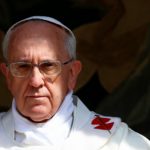 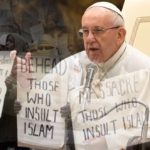 Pope Francis recently denied the existence of Islamic terrorism in a message read during a meeting on Popular Movements in Modesto, CA. These words are an extreme example of where political correctness is taking us and an attempt to shape our thinking that we are not suppose to offend anyone, particularly the Muslim community. “Christian […] 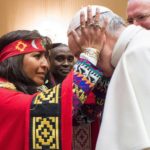 Pope Francis received representatives from different pagan, indigenous traditions at the Vatican and defended their rights to their identity and connection to the earth. The meetings were coordinated by the International Fund for Agricultural Development (IFAD) a specialized agency of the United Nations. Instead of teaching these precious souls for whom Christ died for that […] 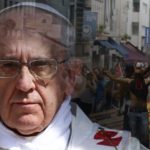 Law and order is the foundation of civilization. You cannot have a peaceful and just society unless there is respect for law and order. Both civil and moral law demands respect towards other people. This includes respect for life, property and civil and religious liberties. Can you imagine in this time of civil disorder, where […] 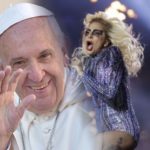 In an act that is considered the first of its kind, Pope Francis didn’t allow the world-wide Super Bowl audience to pass by him without promoting his new world order, globalist agenda. The Pope shared the following message to the hundreds of millions of people on Super Bowl Sunday: “May the Super Bowl this year be a sign […] 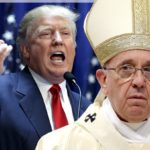 At the same time during Donald Trump’s inauguration, Pope Francis was being interview by a Spanish newspaper. Antonio Caño asked the Pope about Trump’s ascendancy to power in the United States. The Pope said that we are living under very “tense” moments and then gave comparisons of Trump to the rise of Hitler. During the […] 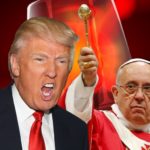 Last year Pope Francis attacked Donald Trump’s plan to build a wall on the border with Mexico. He stated that those who build walls instead of bridges are not “Christian.” Donald Trump responded by saying that the Pope’s words were “disgraceful.” He went on to state that no religious leader, including the Pope, has the right to […]