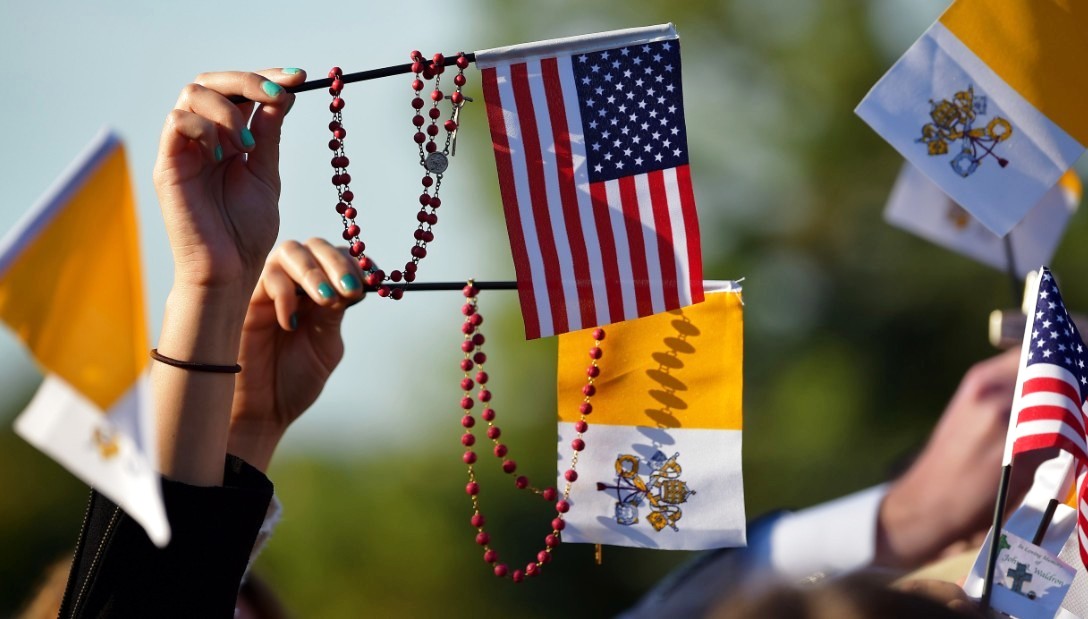 “Let the watchmen now lift up their voice like a trumpet, and give the message which is present truth for this time. Let them know where we are in prophetic history, that the spirit of true Protestantism may awaken all the world to a sense of the value of the privileges of religious liberty so long enjoyed” (Review and Herald, January 1, 1889).

Jesuit priest and editor of the Jesuit’s America Magazine, Father James Martin, S.J. is a Vatican advisor and a self-proclaimed apostle of the LGBT+ movement. [1] It was announced that Father James Martin, S.J. will participate and speak at the Democratic National Convention, [2] which in 2020 has become the most pro-abortion platform in its history. This is not a surprise, as the Jesuits and many in the American Catholic hierarchy have been embracing leftist ideologies for decades.

It was also announced that Roman Catholic Cardinal Timothy Dolan would participate in the Republican National Convention. [3] Rome is playing both sides and has all her bases covered. They have a seat and a position of influence in both camps. The Vatican has made a long and valiant fight to regain the temporal power it lost in 1798. In the course of its struggle for restoration, even when everything seemed as if all hope had been lost, Rome today is in a position to see her dream finally fulfilled.

Seventh-day Adventists have preached for decades that Rome’s deadly wound (Revelation 13:3) would be healed. We are about to see some amazing prophetic developments, regardless of who wins the presidency on November 3, 2020. Who will win in 2020? Rome! No matter which party takes over the presidency, Democrats or Republicans, Rome will still come out on top.

Whatever Rome’s motive may be for sitting at the table with both political parties, the conclusion can only lead to the United States fulfilling the prophecies of Revelation 13. We believe this move by Democrats and Republicans will eventually lead to the image and mark of the beast crisis described in Revelation 13:11-18. According to prophecy, the United States and political Protestantism will play a prominent role in restoring the papacy to its former power.

Will we keep quiet about these important developments? We believe not. We have a great responsibility in seeing these prophetic signs. It is up to us to give a warning and to seek to stay the hand of the enemy as long as possible through the preaching of the everlasting gospel of Revelation 14:6-12. We are told in the Spirit of Prophecy that the final developments will be rapid:

“The agencies of evil are combining their forces and consolidating. They are strengthening for the last great crisis. Great changes are soon to take place in our world, and the final movements will be rapid ones” (Testimonies, Vol. 9, p. 11).