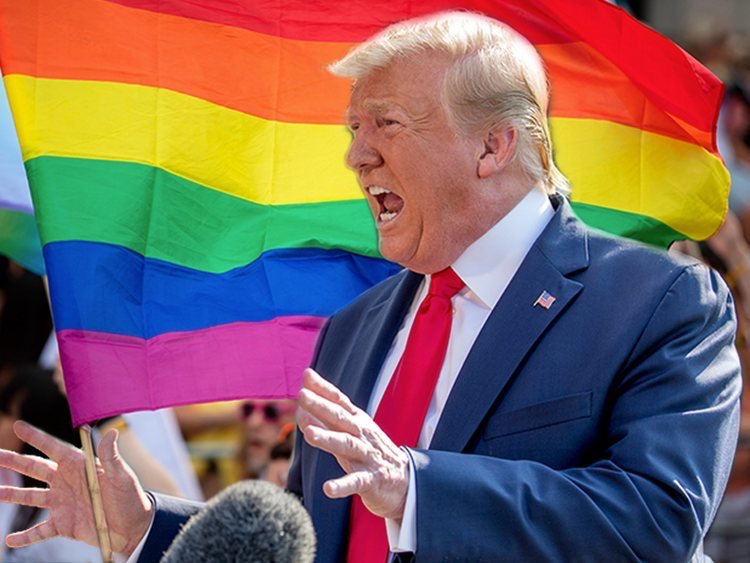 Richard Grenell is the first openly gay person to serve in a U.S. cabinet-level position. U.S. President Donald Trump nominated Grenell to serve as the U.S. Ambassador to Germany in 2018. Later President Trump appointed Grenell as Acting Director of National Intelligence in the Trump Cabinet in 2020. [1]

Last week, Grenell posted a 3-minute video on Twitter praising Donald Trump’s “historic” accomplishments for the LGBT+ movement during his time as president. In the video Grenell called Trump “the most pro-gay president in American history.”

Donald Trump was flattered by Grenell’s video and words of praise and gave a reply on Twitter on August 19 with the words: “My great honor!!!”

Here we can see once again that the future survival of our American Republic will not depend on the outcome of the 2020 presidential elections. Our hope is neither in a president nor in a policy. Both parties have sold out to the LGBT+ movement. LGBT+ activists are playing both sides. They have taken over the Republican and Democratic parties. It doesn’t really matter who is in office; nothing is going to stop the sexual revolution that is sweeping the world.

The homosexualization of America will continue no matter who wins on November 3, 2020. LGBT+ militants are coming for our children. Nothing and nobody will stand in their way. They will especially be targeting Christians with traditional views on marriage and sexuality. If our church leaders continue to ignore the LGBT+ threat to civil and religious liberty, one day they are going to realize it when it’s too late. The threat of Christian persecution, jail and huge fines by the gay lobby is very real. [2] 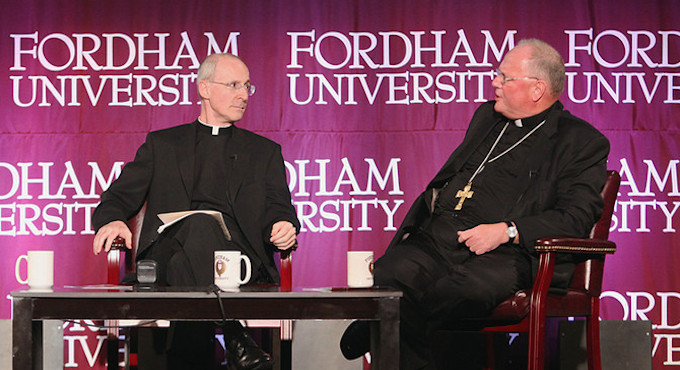 The Jesuits have it all under control. Jesuit Priest James Martin (left) appeared at the 2020 Democratic National Convention and Cardinal Timothy Dolan (right) will attend the 2020 Republican National Convention this week. Here they are both at Forham Jesuit University.

And just like the LGBT+ movement is playing both sides of the political spectrum, Rome is doing the same thing. Rome’s representative will be at the Republican National Convention starting Monday, August 24, 2020. Roman Catholic Cardinal Timothy Dolan will make an appearance with top Republican leaders along with the Trump 2020 campaign, just like Jesuit Priest James Martin, S.J. participated in the 2020 Democratic National Convention this past week. [3]