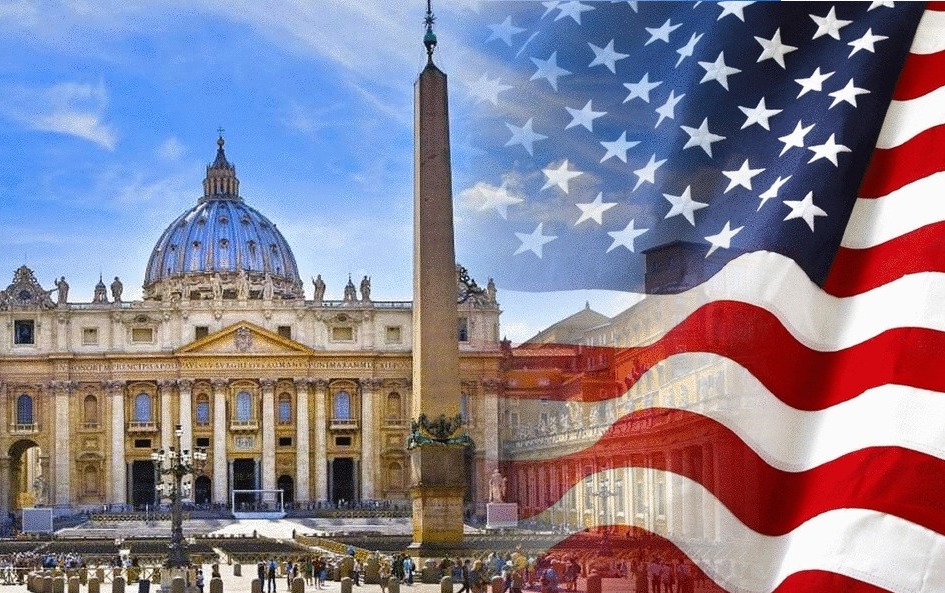 If President Trump elects another Roman Catholic to the United States Supreme Court, that would be 6 out of 9 total members. That’s over 66%. This is NOT representative of the religious make-up of this nation.

Protestant America is indeed forming an “image” of the “Roman hierarchy” (Spirit of Prophecy, vol. 4, p. 278). Prophecy foretells that Romanism will become more and more prominent until finally our legislators, including the U.S. Supreme Court, will undo the U.S. Constitution.

“Protestantism shall give the hand of fellowship to the Roman power. Then there will be a law against the Sabbath of God’s Creation, and then it is that God will do His ‘strange work’ in the earth” (Bible Commentary, vol. 7, p. 910).

“Our country shall repudiate every principle of its Constitution as a Protestant and Republican government and shall make provision for the propagation of papal falsehoods and delusions, then we may know that the time has come for the marvelous working of Satan and that the end is near” (Testimonies, vol. 5, p. 451).

We can see the signs of the times that Jesus warned about:

“And when ye shall see Jerusalem compassed with (Rome’s) armies, then know that the desolation thereof is nigh.” Luke 21:20.

Rome is becoming more popular and influential than ever. The world is captivated by the power it wields over politics. As a result, a day of retribution and greater chaos looms on the horizon:

“The Protestant world will learn what the purposes of Rome really are, only when it is too late to escape the snare. She is silently growing into power. Her doctrines are exerting their influence in legislative halls, in the churches, and in the hearts of men. She is piling up her lofty and massive structures, in the secret recesses of which her former persecutions will be repeated. Stealthily and unsuspectedly she is strengthening her forces to further her own ends when the time shall come for her to strike” (The Great Controversy, p. 581).

We better find ourselves working to get the final warning message out during these dangerous times. As our Lord would say, let us labor “while it is day: the night cometh, when no man can work” (John 9:4).