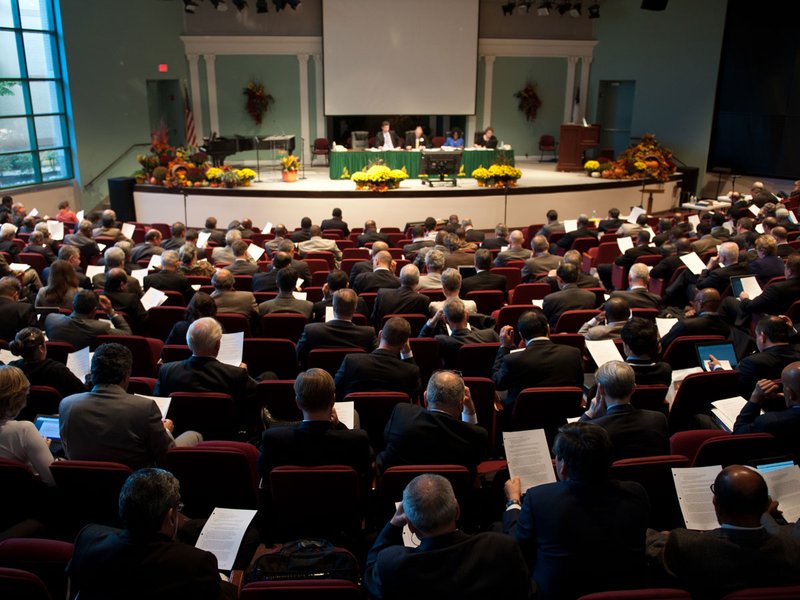 The agenda for the October 2018 General Conference’s Annual Council is being set. The Unity Oversight Committee, the committee tasked with outlining a compliance process for those who continue to illegitimately ordain women, has sent its recommendations to the General Conference Administrative Committee (GC ADCOM).

On July 17, 2018 the GC ADCOM voted to approve the recommendations and now the proposals are one step closer to becoming the agenda for the 2018 GC Annual Council. So what were the actual recommendations by the Unity Oversight Committee that will finally bring the church into unity on women’s ordination? Here’s what they’ve published in their own words:

“The outlined process includes setting up a number of compliance review committees that will address specific issues of non-compliance and will make recommendations to the General Conference Administrative Committee.” [1]

That’s it? The solution being proposed to deal with non-compliance is to create more committees? What’s even more puzzling is that these proposed committees will have no disciplinary powers. They can only make recommendations, and guess who will receive their recommendations of non-compliance? The same General Conference Administrative Committee – the very same comittee where the entire compliance procedures originally began two years ago. Unbelievable! In two years we have gone full circle back to the same starting point.

So at the upcoming October 2018 Annual Council, the General Conference Executive Committee will essentially take up a debate and a vote on whether or not to create more committees that will review cases of non-compliance throughout the church – then only to make more recommendations back to themselves. This is progress?

They don’t need any more committees or recommendations. The GC ADCOM already KNOWS that there is non-compliance in the church! It’s no mystery that women are still being ordained into ministry in violation to the voted policies of the world church. [2] Nobody is denying this. The real question is: “What is the church actually going to do about stopping non-compliance – besides creating more committees whose only job is to inform them that there is rebellion in the ranks? What are the actual consequences, if any, for those who willfully violate the descisions of the world church by continuing to ordain women into ministry?” These are the questions that are getting buried under a mountain of ineffective church bureaucracy.

In a decision that did not please everyone, the world church voted “no” to ordaining women on three different occasions, [3] mainly because there is no scriptural warrant to do so. However, individual conferences within the church continue to ordain women. [4] The inefficiency to quickly deal with this crisis is creating a great injury to the church.

“All heaven is looking upon the remnant people of God, to see if they will make truth alone their shield and buckler. Unless the truth is presented as it is in Jesus, and is planted in the heart by the power of the Spirit of God, even ministers will be found drifting away” (Manuscript Release, Vol. 11, p. 91).

These actions fly in the face of the authority of the world church. Actions should have consequences; but this doesn’t seem to be the case in Adventistism, at least not on this issue.

“God held Eli, as a priest and judge of Israel, accountable for the moral and religious standing of his people, and in a special sense for the character of his sons. He should first have attempted to restrain evil by mild measures; but if these did not avail, he should have subdued the wrong by the severest means. He incurred the Lord’s displeasure by not reproving sin and executing justice upon the sinner. He could not be depended upon to keep Israel pure. Those who have too little courage to reprove wrong, or who through indolence or lack of interest make no earnest effort to purify the family or the church of God, are held accountable for the evil that may result from their neglect of duty. We are just as responsible for evils that we might have checked in others by exercise of parental or pastoral authority as if the acts had been our own” (Patriarch and Prophets, p. 578).