“Welcome to the City of Minneapolis, now, hand over your wallet!” In July 2020 alone, 100 robberies and 20 carjackings have been reported by police in Minneapolis. Victims are being maced, assaulted and threatened with guns. [1] The news video above reveals that Minneapolis is experiencing a 46% increase in carjackings and a 36% increase in robberies compared to this same time last year. Crime has become so bad that police are now telling residents they should prepare to be robbed. [1]

Below are the tips being offered by police because they will not be able to respond to 911 calls:

In dangerous situations when seconds count, police in Minneapolis warn residents that they will not be responding to their calls for help. Residents are on their own. In other words, peace, civility, law and order are now history. But the citizens of Minneapolis should not be surprised. This is what happens when you defund the police. When you abolish the police, there is no one left to help you. 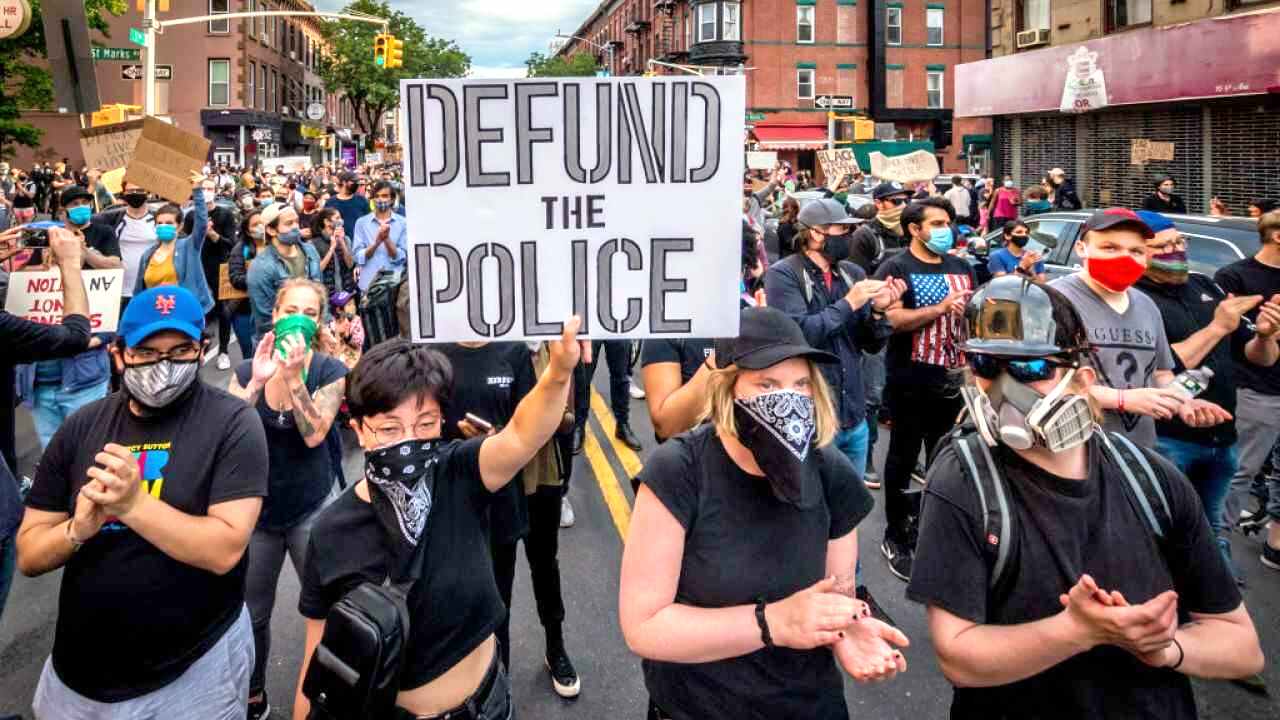 Carjackings, home invasions, burglaries, murders, robberies are skyrocketing. Now the reduced and underfunded police departments are telling their residents to be prepared to hand over their valuables to criminals. This is what happens when you reduce the number of law enforcement officers. This is what happens when you try to appease the mob. Minneapolis wanted to abolish the police, and now they are at the mercy of the mob that hasn’t yet been appeased. The mob is now robbing and attacking citizens.

Now the diminished police force has issued a notice telling people how to be “good victims.” Bow down to the criminals and give them what they want. Kneel down and hand over your possessions to the mob, your new leaders. Don’t fight them. Submit. Really? What if criminals start sexually assaulting their victims? Are they supposed to be a good victim and lay down and enjoy the abuse? It’s this same kind of delusional thinking that led to the police being defunded.

When the rioters, looters and anarchists demanded less policing, the authorities essentially responded by yielding to their demands. Now crime has increased. What they did only allowed criminals to attack and rob more innocent people. How can they complain when they get exactly what they asked for? Minneapolis leaders are complicit in all the increase in crime that is sweeping the city.

The "defund the police" movement, is one of reimagining the current police system to build an entity that does not violate us, while relocating funds to invest in community services.

Let’s be clear, the people who now oppose this, have always opposed calls for systematic change. https://t.co/SEh97GS9hg

In the above Tweet you will see Ilhan Omar, the U.S. Democratic Representative for Minnesota’s 5th Congressional District, which includes the entire city of Minneapolis, and City of Minneapolis officials calling for the defunding of the Minneapolis Police Department. Ilhan Omar is from Somalia, East Africa and she is now turning her district into a lawless community that resembles her home country. Residents are asked to kneel down and ask their assailants for mercy. It’s these failed, left-wing politicians that are responsible for this horrible situation. They first tell us not to obey or cooperate with the police, but now tell us to be sure to obey and cooperate with criminals.

Beginning of Sorrows For Minneapolis

Minneapolis has finally become a true liberal Utopia. Burning, looting and appeasing the mob by defunding the police. How is this working out? The city has been decimated with $500 million in damages. Hundreds of businesses are forever gone. And now citizens must acquiesce to criminals. Is this what the “woke,” naive, unemployed and terrorized residents of Minneapolis were expecting?

It’s going to get much worse when property values start to fall. It’s going to get worse when people wanting to flee this disaster zone can’t sell their homes. What about when home owners’ insurance prices go through the roof? What about when mortgage companies refuse to do business in Minneapolis? What’s not being reported is that insurance companies are pulling out of these places. This will have a devastating effect on the cost of insurance and a drop in property value.

“The civil disturbance that started in Minneapolis after the killing by police of George Floyd spread to 20 other states — an unprecedented property insurance catastrophe that will likely impact policy renewals and could even persuade some insurers to exclude coverage for damage caused by riots.” [2]

Coming to a City Near You

The problem is that we have leaders all across the nation who are also calling for the defunding and abolishing of police departments in their communities. There is also a call to empty the prisons. Democratically run cities like Portland, Seattle, New York, Atlanta and Chicago are following in the same footsteps of Minneapolis. By defunding the police they are in essence funding the criminals. 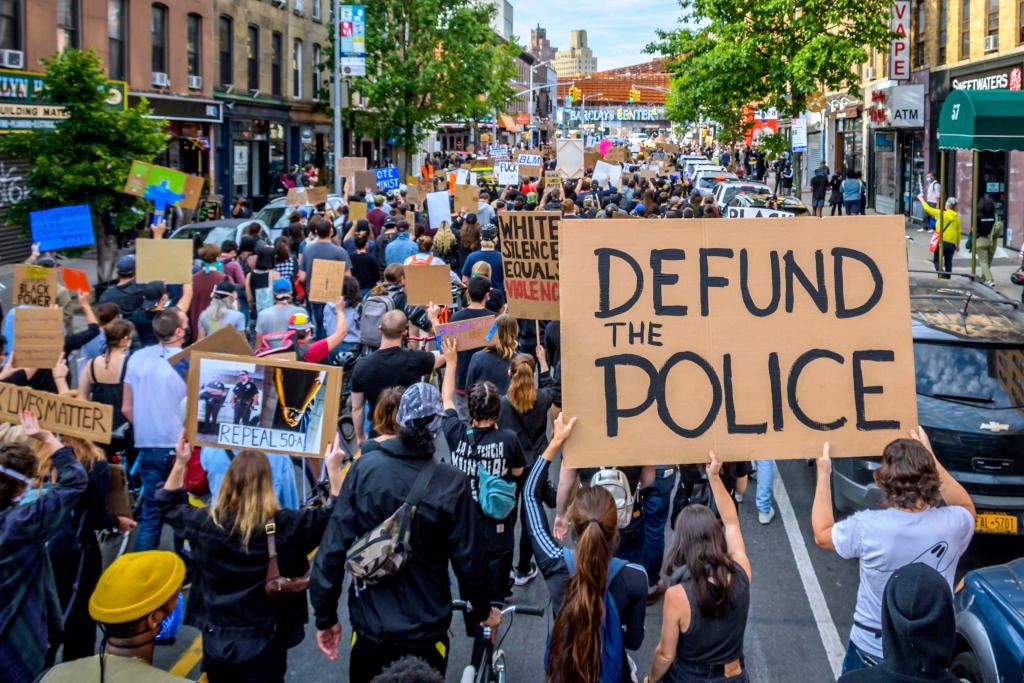 This is like a dream come true for criminals whenever the police start telling people to give the bad guys whatever they want because they will not be helping them. This sounds like a Hollywood movie, but it’s ACTUALLY TRUE! This is happening in 2020 and it’s here. They are now achieving their goal, total chaos and lawlessness. Is this their Utopia? Is this what they want to bring to every city across America? Well, this is the inevitable result every time we pander and cave to the rioting mobs. This will happen every time we coddle the anarchists.

First we were told to defund the police and this would solve our problems. This misguided idea only made things worse. Now we are being told that if we give thieves and criminals what they want, there will be no more violence. Sure. Yea, right. Society without law and order will only bring more chaos and anarchy.

“Let the restraint imposed by the divine law be wholly cast aside, and human laws would soon be disregarded. Because God forbids dishonest practices, coveting, lying, and defrauding, men are ready to trample upon his statutes as a hindrance to their worldly prosperity; but the results of banishing these precepts would be such as they do not anticipate. If the law were not binding, why should any fear to transgress? Property would no longer be safe. Men would obtain their neighbor’s possessions by violence; and the strongest would become richest. Life itself would not be respected. The marriage vow would no longer stand as a sacred bulwark to protect the family. He who had the power, would, if he desired, take his neighbor’s wife by violence. The fifth commandment would be set aside with the fourth. Children would not shrink from taking the life of their parents, if by so doing they could obtain the desire of their corrupt hearts. The civilized world would become a horde of robbers and assassins; and peace, rest, and happiness would be banished from the earth” (Great Controversy, p. 585).