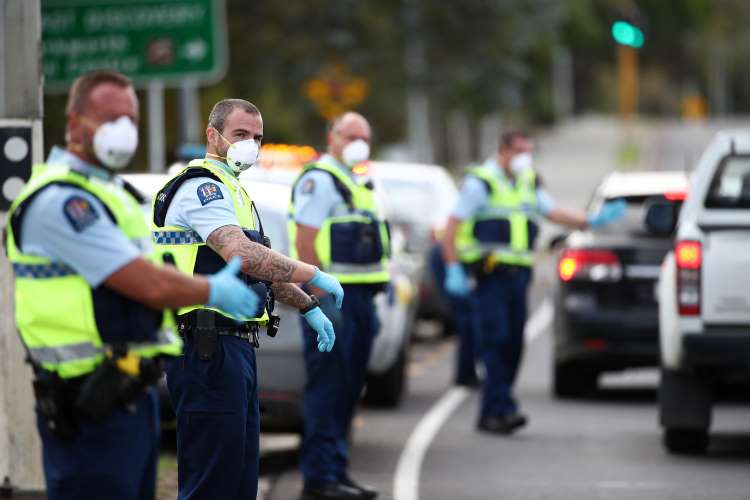 Governments are seizing unlimited powers under the COVID-19 crisis. Under new powers granted to police in New Zealand (Alert Level 4), officers can now “enter, remain and inspect” any place of residence that is suspected of housing an “unsanctioned gathering.” The new rules also give police the authority to set up random roadblocks and checkpoints and use any “force necessary to compel, enforce, or ensure compliance” with the new lockdown measures. [1]

We are not talking about China or North Korea or some puppet state where police overreach is so common. We are talking about a democracy that has a Bill of Rights. These new police powers violate Sections 16, 18 and 21 of the New Zealand Bill of Rights:

Section 16 – Everyone has the right to freedom of peaceful assembly.

Section 18 – Everyone lawfully in New Zealand has the right to freedom of movement.

Section 21- Everyone has the right to be secure against unreasonable search or seizure, whether of the person, property, or correspondence or otherwise. [2]

The New Zealand government, as in other places around the world, is locking people in their homes, shutting down the economy, putting record numbers of people out of work, ruining the livelihood of many businesses and causing a financial collapse. All of this is being done in the name of stopping the spread of COVID-19.

Every time a government assumes so much authority over the lives of its people, it will be abused and exploited by some. And it is almost impossible to get back the freedoms that have been lost. This type of power is seldom taken only temporarily. The effects are usually long term. And with few protests from freedom-loving people, it appears that we are getting used to this overreach.

We saw this after 9/11. After the terrorist attacks of September 11, 2001, we were all subject to new rules and regulations for flying. Our shoes had to be removed, full-body scanners were implemented and many underwent full-body checks that made people feel as if they were being groped or sexually assaulted. This was life after 9/11. Airplanes were turned into cattle trucks as people were herded like livestock into transport vehicles (airplanes).

Our civil rights are temporarily suspended each time we pass through airport security. But there will surely be new adjustments for life after COVID-19. Mandatory masks, gloves, temperature readings, social distancing orders and now random home inspections without permission. Will this be limited to New Zealand only? According to the following video from the United Nations World Health Organization, there is a plan to implement certain new and unthinkable policies that have to do with entering your home: