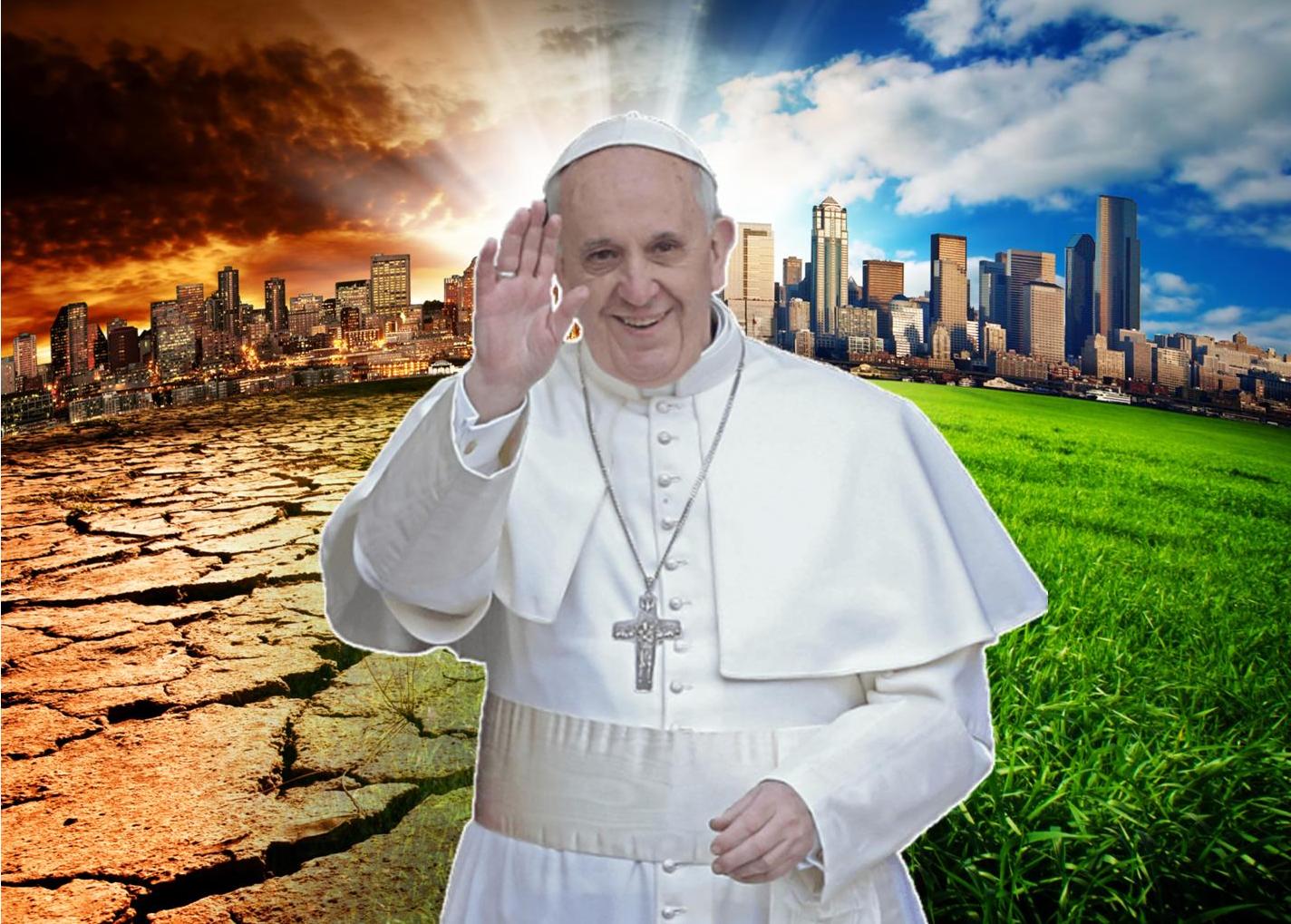 Environmentalism has become the new universal religion of the world. Everyone is embracing the theology of ecology. Christians, Muslims, Hindus, spiritists, pantheists and even secular humanists are coming together to solve the common global problem of saving planet earth. This green pseudo-religion is replacing the biblical doctrines of the church. There are many advocates of all belief systems fighting for this great radical cause.

Pope Francis celebrated World Day of Prayer for the Creation on September 1, 2020. The Vatican published the Pope’s message in which he exhorted the churches to draw closer to each other in ecumenism. The Pope is pushing for a brotherhood among the religious to coincide with his environmental agenda. In an age of chaos that has been created by riots and pandemics, the Pope is pushing humanity to reconcile into one brotherhood, one common home and one universal purpose. And it doesn’t matter what you believe or who you worship, you can still find purpose, meaning and spirituality in Pope Francis’ interreligious brotherhood of humanity.

“I strongly encourage the faithful to pray in these days that, as the result of a timely ecumenical initiative, are being celebrated as a Season of Creation … It is an opportunity to draw closer to our brothers and sisters of the various Christian confessions.” [1]

Not only did Pope Francis advocate for a brotherhood between people of different faiths, he also called us to embrace spiritualism. He tells us to listen to those who invoke the mystical powers of Mother Earth. These spiritual mediums of the Amazon rainforest, according to Pope Francis, can bless us with their pantheistic wisdom:

“Let us also learn to listen to indigenous peoples, whose age-old wisdom can teach us how to live in a better relationship with the environment … Next month, in October, the Amazon region, whose integrity is gravely threatened, will be the subject of a Special Assembly of the Synod of Bishops.” [1] 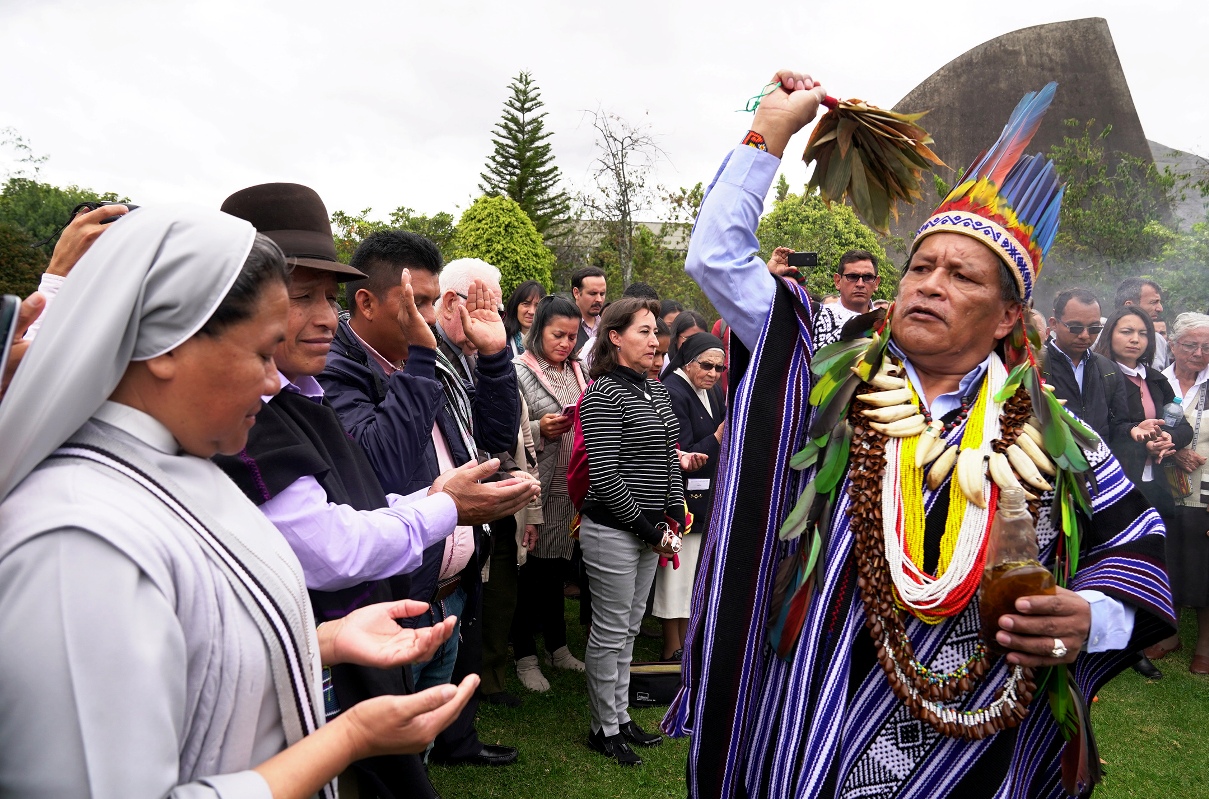 This scandalous demonic mixing of the sacred with the profane is the foundation of the Pope’s future for our world. Such pagan practices (spiritualism) have deeply penetrated Catholic and Protestant thinking. We are exchanging demons and false gods for the God of the Bible. But this call is not just limited to churches. In his World Day of Prayer for Creation, Pope Francis also called on world leaders to act immediately and take “drastic measures”:

“The forthcoming United Nations Climate Action Summit is of particular importance. There, governments will have the responsibility of showing the political will to take drastic measures to achieve as quickly as possible zero net greenhouse gas emissions and to limit the average increase in global temperature to 1.5 degrees Celsius with respect to pre-industrial levels, in accordance with the Paris Agreement goals.” [1]

Rome is also spreading her wine to the kings of the earth (Revelation 17:13) with the call to act promptly for the sake of saving the world from any more suffering due to climate change.  The Great Apostasy of Revelation 17 and 18 is almost complete. Babylon’s children are coming home. The kings of the earth, her daughters, the false prophets, spiritualism and even the merchants of the earth are joining the great spiritual decline. 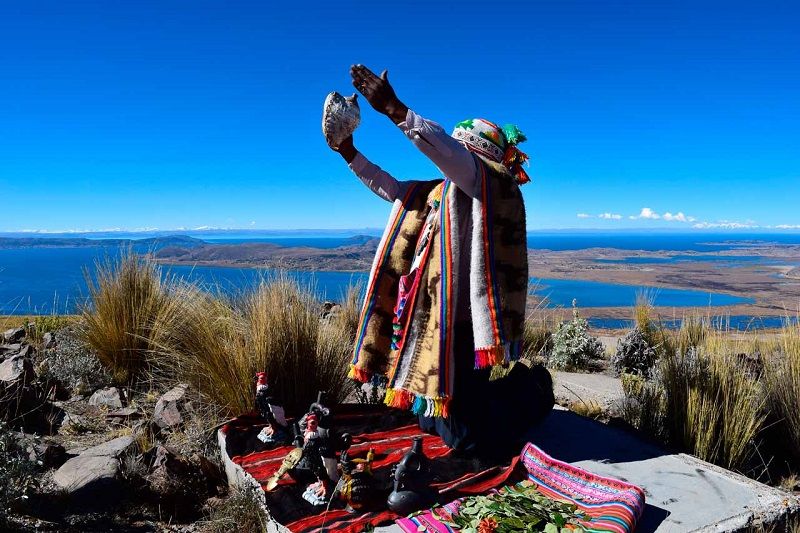 Where are the faithful preachers of righteousness who will announce the fall of Babylon at such a momentous time as this? Where are those who feel the urgent responsibility to point out this prevailing iniquity? Today, before our eyes, Babylon is actually making “all nations drink of the wine of the wrath of her fornication” (Revelation 18:4). Just as intoxicating wine blurs our distinction between right and wrong, the doctrines of Rome will confuse the world between truth and error, between the holy and the profane.

That is why God’s only remedy prior to the final decline and destruction of Babylon is to heed the end-time call to come out:

“Come out of her, my people, that ye be not partakers of her sins, and that ye receive not of her plagues. For her sins have reached unto heaven, and God hath remembered her iniquities” Revelation 18:4, 5.

May God have mercy on us and keep us faithful as we watch our world descend into greater errors and falsehoods.