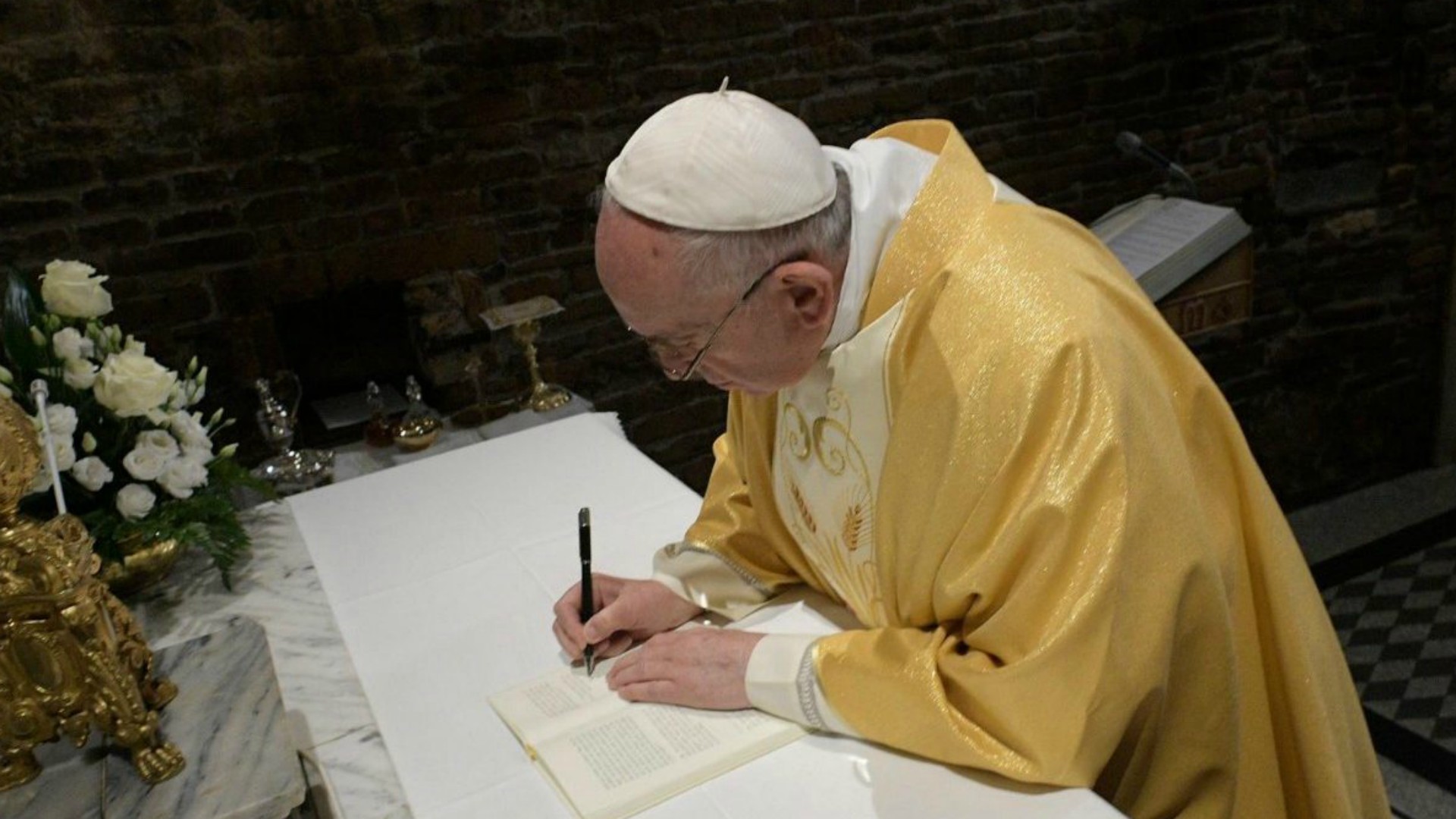 The Vatican has just announced that Pope Francis will be signing his new encyclical entitled “All Brothers” on October 3, 2020. The new papal encyclical will emphasize the need to establish a new “fraternity” that unites us all. The signing ceremony will take place at the tomb of St. Assisi following a special mass commemorating the event.

“In a statement released on Saturday, the Director of the Holy See Press Office, Matteo Bruni, said the encyclical is entitled “Fratelli tutti” or “All Brothers” on fraternity and social friendship … Pope Francis will sign a new encyclical after Mass celebrated in the Basilica of St. Francis on 3 October … This gesture of Pope Francis gives us new courage and strength to ‘restart’ in the name of the fraternity that unites us all … The title of the Pope’s new encyclical (All Brothers) recalls a central theme of his magisterium.” [1]

Strange events in the religious world will soon be unfolding before our eyes. The end-time prophetic stage is being set. While spiritualism (pantheism) is abounding and green Sunday laws are being agitated, the religious faiths are moving beyond ecumenical dialog and are fast becoming one fraternal organization. This is a fulfillment of the following inspired statement:

“Under one head—the papal power—the people will unite to oppose God in the person of His witnesses. This union is cemented by the great apostate” (Testimonies, Vol. 7, p. 182).

Rome has apparently had the most to gain from the last 60 years of ecumenism. The entire world is being “cemented” into the great apostate “fraternity” found in Revelation 13, 17 and 18. These important prophetic chapters describe the final union of the world in one body to oppose God and His truth. These events take place just before the second coming of Jesus.

These chapters in Revelation also reveal that the world has rejected Bible truth—God’s law, His Sabbath, His righteousness, His gospel and the other great themes of Revelation 14:6-12. In the place of truth, Rome will “cement” a foundation of social unity on the principles of radical Mother Earth environmentalism, universalism, Marxism and other left-wing, anti-Christian propaganda.

The world will be in rebellion against God while thinking they are honoring Him. Instead, they are aligning themselves with the devil’s representative, the antichrist, and not even know it. This kind of unity is impossible when purchased at the cost of God’s truth. Notice how the prophet tells us that those who reject Bible truth will ultimately side with the antichrist. This is exactly what we are seeing today:

“Those who become confused in their understanding of the Word, who fail to see the meaning of antichrist, will surely place themselves on the side of antichrist.” Bible Commentary, Vol. 7, p. 949.

The end is nearer than we think. God’s word clearly foretold this crisis hour which is upon us. Can we remain indifferent as we witness the accurate fulfillment of Bible prophecy? Are we ready for the storm to break? Shall we fear and tremble or prepare ourselves for this trying hour that is about to come upon the whole earth? What are you and I doing about it?

We pray that our response will be to move forward with the clear and necessary truths found in the Three Angels’ Messages of Revelation 14. Let us now take courage and make every effort to not just look for but to hasten the coming of our Lord Jesus Christ by proclaiming His message.