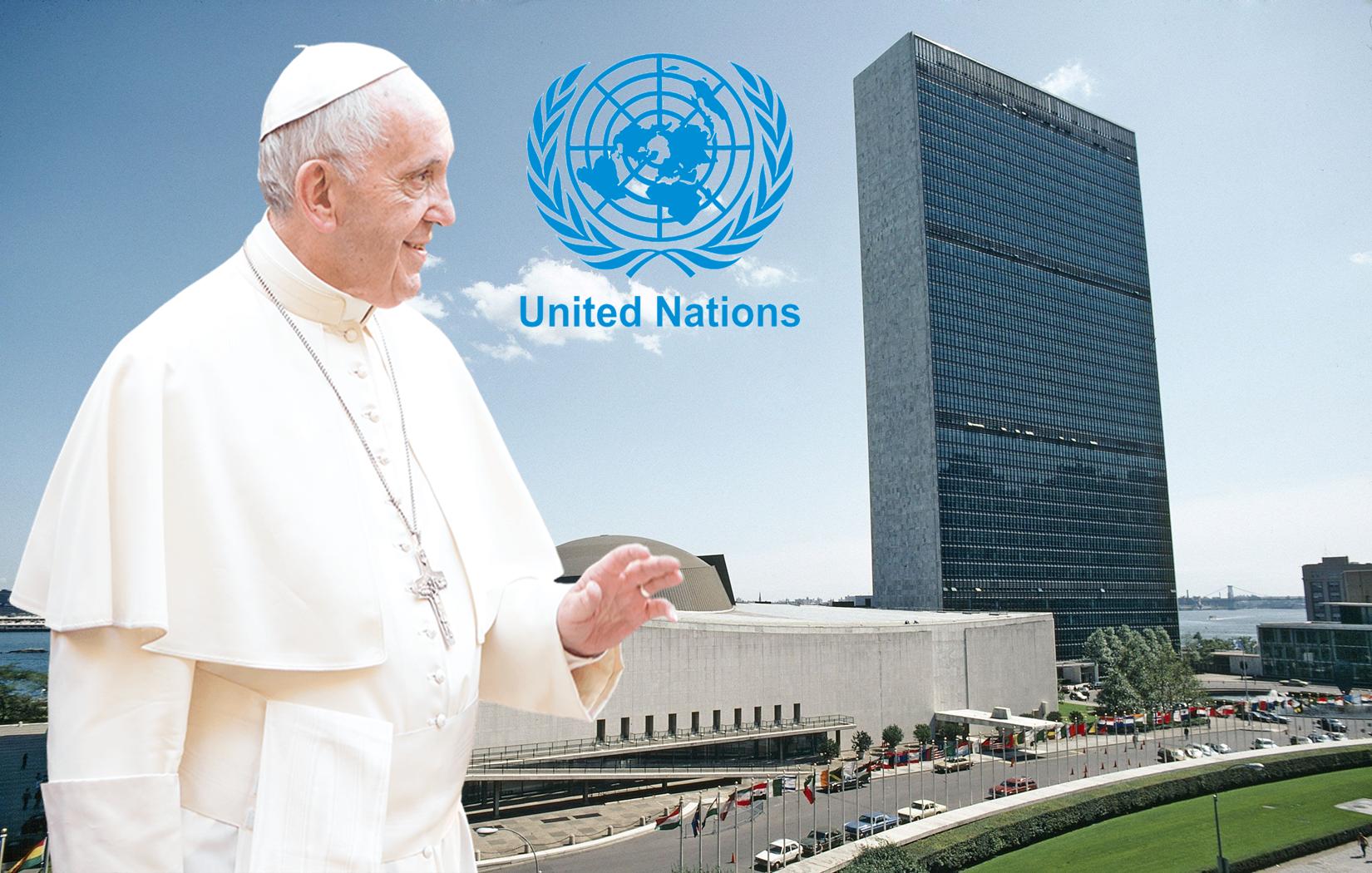 On September 25, 2020, Pope Francis will promote his social and climate agenda in the international community. He will address the 193 member states of the United Nations General Assembly and is expected to urge them to adopt his policies on “integral ecology” (Laudato Si’) that addresses the environment, the economy and social justice.

Pope Francis to address the UN General Assembly on Friday, September 25, via video message (because of COVID). It will be on the fifth anniversary of his in-person address. https://t.co/tTT46HL7lH pic.twitter.com/udrqdwVk7N

The Boston Pilot, the official newspaper of the Roman Catholic Archdiocese of Boston, published the following:

“When he addresses, via video message, the U.N. General Assembly … Pope Francis is expected to speak about using the coronavirus crisis as an opportunity to rethink economic, political and environmental policies in a way that will benefit humanity and the earth.” [1]

The Vatican and the kings of the earth are coming together (Revelation 17:12, 13) at the United Nations to promote Catholic social teachings on caring for the planet and preserving nature. If people really understood what’s behind all these efforts, they would become frightened. We know what this will lead to:

“All nations and tongues and peoples will be commanded to worship this spurious sabbath. This is Satan’s plan to make of no account the day instituted by God, and given to the world as a memorial of creation. The decree enforcing the worship of this day is to go forth to all the world” (Bible Commentary, vol. 7, p. 976).

“Fearful is the issue to which the world is to be brought. The powers of earth, uniting to war against the commandments of God, will decree that all, ‘both small and great, rich and poor, free and bond,’ (Revelation 13:16), shall conform to the customs of the church by the observance of the false sabbath. All who refuse compliance will be visited with civil penalties, and it will finally be declared that they are deserving of death” (Great Controversy, p. 604).

What happened to the principle of separating world politics from the religious influences of the church (Rome)? Civil government has a duty to uphold law and order and to offer justice and equality to its citizens (Romans 13:4). But we were also warned (Revelation 13:3, 12) that the power of the state will be used to enforce Sunday worship on the world. We will soon see our civil institutions hijacked for this purpose. Satan has often used the secular power of the state to impose tyranny and demand allegiance, and he will do it again in these last days.

The Vatican wants to re-establish Sunday observance. Pope Francis has been pushing Sunday through his encyclical on climate change for 5 years, and here he is pushing his environmental pretensions upon the world’s political systems. When passed, we would actually be replacing God and His laws with an all-powerful and oppressive civil government. Making Sunday observance mandatory through all of these environmental policies is only the first step on the road to tyranny and persecution. Yet Pope Francis is making the revival of Sunday worship central to his mission.