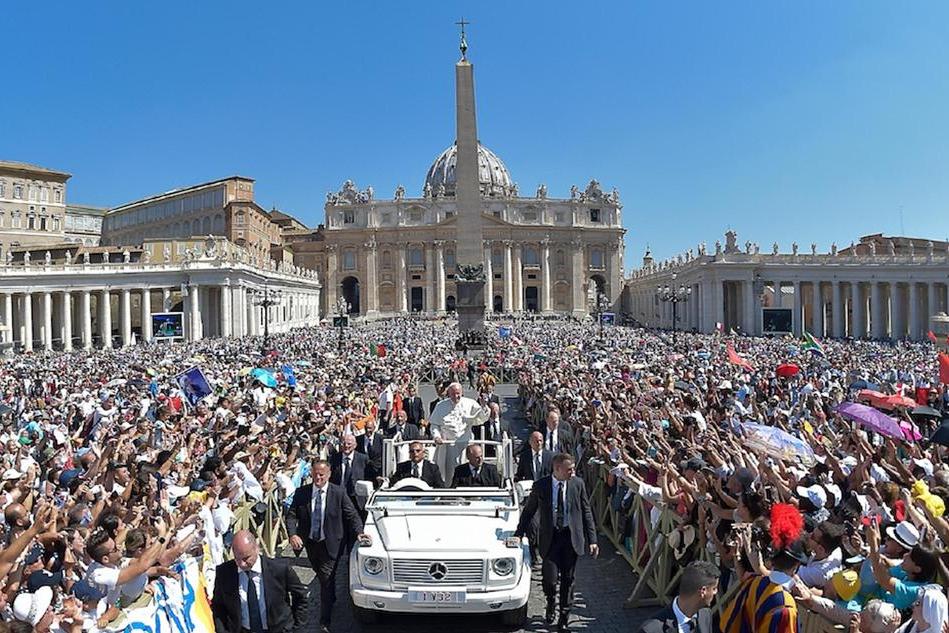 We are seeing the final act of the drama develop before our eyes. The union of all the churches is an event of the end-times that will happen only one time – unlike wars, earthquakes and famines which are events that repeat themselves throughout history. Protestants are becoming absorbed into the Roman Catholic Church and this significant act on the part of Protestantism will lay the foundation for setting up the image of the beast in America.

A new poll has come out confirming that Catholics and Protestants have become indistinguishable from each other. Pew Research Center conducted a survey on the eve of the 500 Anniversary of the Protestant Reformation that states that both Protestants and Catholics in Europe and in the U.S. “now overwhelmingly express a willingness to accept each other as neighbors and even as family members.”

Rome’s agents have used the ecumenical movement to first bring the Protestant Churches to the table, and now after 50 years of “dialog” they have come to view matters in the same light. Protestantism is now converting over to Roman Catholicism and is “wondering after the beast.” All of Europe is going over to Rome and Protestant America is next in the agenda:

“The Protestants of the United States will be foremost in stretching their hands across the gulf to grasp the hand of Spiritualism; they will reach over the abyss to clasp hands with the Roman power; and under the influence of this threefold union, this country will follow in the steps of Rome in trampling on the rights of conscience” (Great Controversy, 588).

The image of the beast is forming before our eyes as we see these words being fulfilled. When this prophetic statement was written over 100 years ago, at that time any hopes of reconciliation between Catholics and Protestants seemed impossible to everyone. But look at the situation today – Protestants can’t seem to compromise their faith fast enough! They are running to Rome for reconciliation and are shedding the image of being a “rebellious daughter.” They are returning by and large, collectively, to their “mother church.”

The overwhelming majority today see these previously irreconcilable faiths as identical in almost every way. When Rome looks at the Protestant churches she sees an image of herself. This is scary when you think about it because Rome never changes. The goal of Rome has almost been complete, which is to totally abolish the Reformation’s “protest.” The old, long-standing, historical, Protestant faith with its protest has been an obstacle in preventing Rome from regaining her supremacy in both spiritual and political matters. However, every obstacle that is standing in the way must be removed as Rome achieves her ultimate objective. The Reformation’s protest has been silenced all thanks to the disastrous results of the Vatican-Protestant interfaith dialog and cooperation. May this be a warning sign to every church and to every Christian believer.

“It was by associating with idolaters and joining in their festivities that the Hebrews were led to transgress God’s law and bring His judgments upon the nation. So now it is by leading the followers of Christ to associate with the ungodly and unite in their amusements that Satan is most successful in alluring them into sin. ‘Come out from among them, and be ye separate, saith the Lord, and touch not the unclean.’ 2 Corinthians 6:17” (Patriarchs and Prophets, 458).