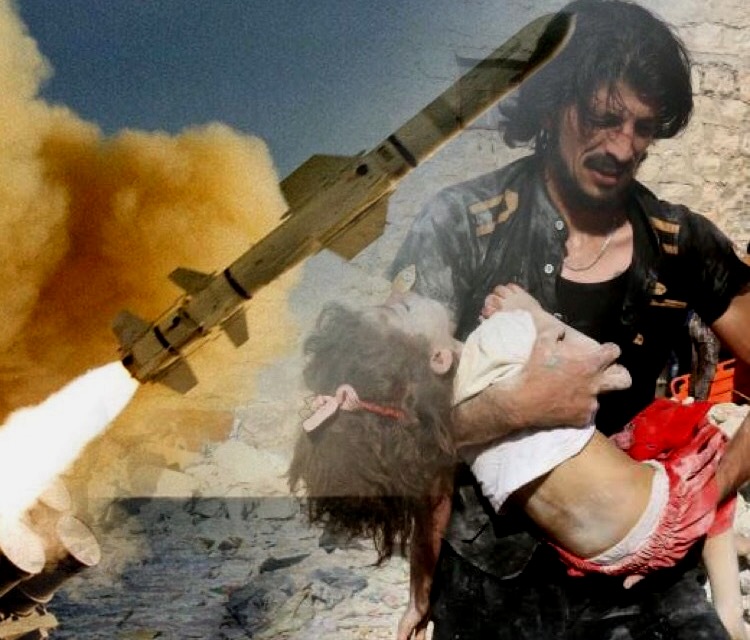 “From whence come wars and fightings among you? come they not hence, even of your lusts that war in your members?” James 4:1.

US President Trump has just fired over 50 Tomahawk cruise missiles at Syria. This was a response to the Syrian government for dropping chemical weapons upon its citizens. The chemical attack killed at least 86, including 30 children and 20 women.

Why is there so much war, violence and terror increasing in the world today? And why are the leaders of this world incapable of stopping these acts? The problem is that acts of war and terror and sin do not only come because of economic injustice, greed, racial tensions or religious conflicts. The Bible tells us that these are only symptoms of a much more deeper problem. God identifies that the real issue for all the tragedies we are seeing today is the human heart.

“For from within, out of the heart of men, proceed evil thoughts, adulteries, fornications, murders, Thefts, covetousness, wickedness, deceit, lasciviousness, an evil eye, blasphemy, pride, foolishness: All these evil things come from within, and defile the man.” Mark 7:21-23.

Corrupt and wicked thoughts, actions, reasonings, passions and appetites are the results of a sinful and unregenerate heart. It is only the restraining work of the Spirit of God upon the heart that can contain and suppress the evil thoughts and affections that control men. And as men reject the Holy Spirit who constrains the heart from fully turning towards evil, the result will lead to the terrible consequences that we are seeing today.

Rebellion against God and His moral law is leading this world to reject His grace and love that would restrain us from evil. Our world is radically taking a turn for the worst possible scenario. Evil is in control of the hearts of men. Satan has been given temporary control of the hearts of men who refuse to heed the warnings of God. Evil is in authority and is bringing the world into a period of war, terror and bloodshed. This was the same violence that led to the destruction of the world before the flood.

“And God said unto Noah, The end of all flesh is come before me; for the earth is filled with violence through them; and, behold, I will destroy them with the earth.” Genesis 6:11-13.

This violence does not just describe the international conflicts or acts of terrorism – this violence is also daily being repeated in our schools, homes and in all segments of society.

“The perversity and cruelty of men will reach such a height that God will reveal Himself in His majesty. Very soon the wickedness of the world will have reached its limit and, as in the days of Noah, God will pour out His judgments” (The Upward Look, 334).

“In the days of Noah the overwhelming majority was opposed to the truth, and enamored with a tissue of falsehoods. The land was filled with violence. War, crime, murder, was the order of the day. Just so will it be before Christ’s second coming” (Bible Commentary, Vol. 1 p. 1090).

These acts of violence will only continue to increase as we get nearer to the second coming of Christ. There will never be an end to the conflicts we are seeing today – not until Jesus Christ returns to establish His kingdom of perfect justice and righteousness.

“The ambassadors of peace shall weep bitterly. The highways lie waste, the wayfaring man ceaseth: he hath broken the covenant, he hath despised the cities, he regardeth no man. The earth mourneth and languisheth.” Isaiah 33:7-9.

We are commanded to pray and work towards peace. We should be the first in encouraging every effort to bring peace to our world. But that peace is intimately linked together with godliness and honesty. Our prayers for our leaders is for godliness, honesty and peace. For without the former two, we shall never have any peace.

“I exhort therefore, that, first of all, supplications, prayers, intercessions, and giving of thanks, be made for all men; For kings, and for all that are in authority; that we may lead a quiet and peaceable life in all godliness and honesty.” 1 Timothy 2:1, 2.