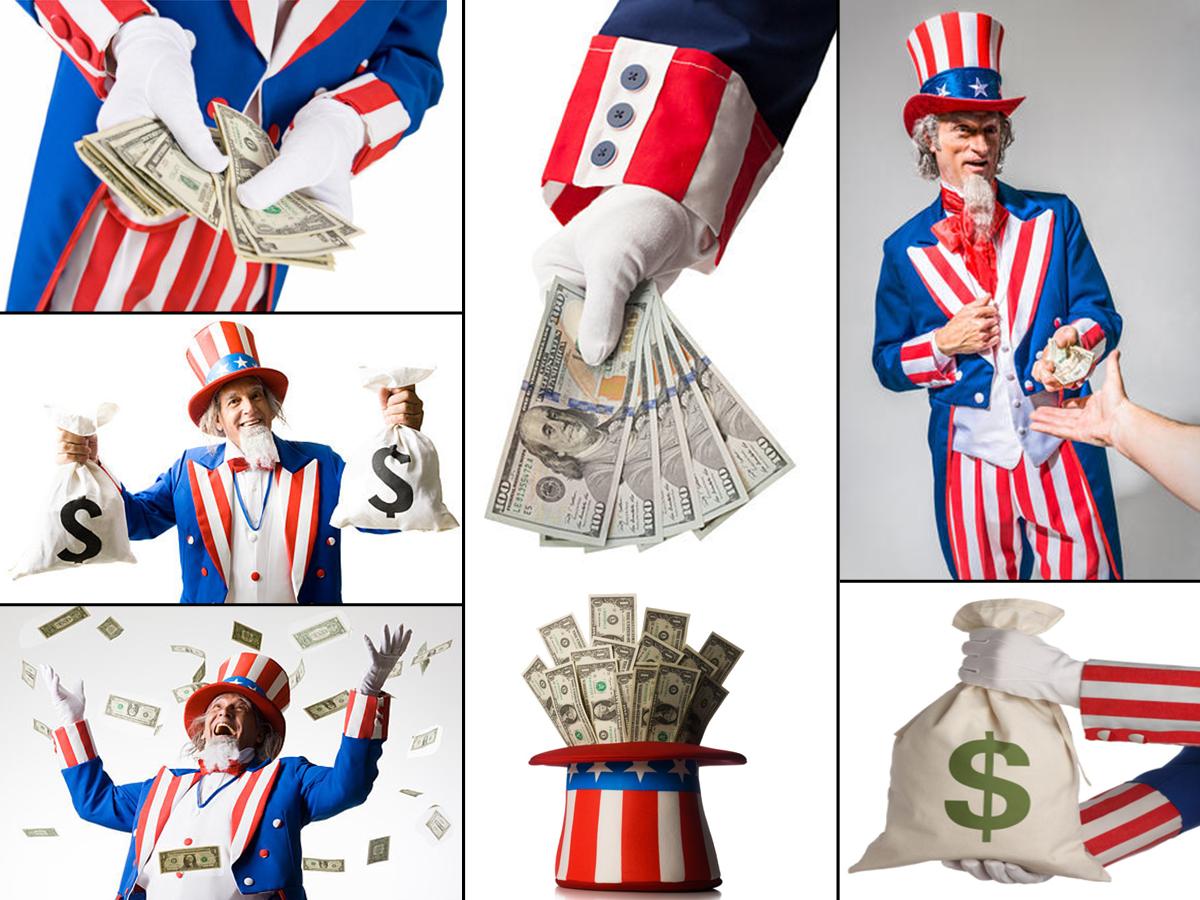 Last year, the United States Congress passed the Paycheck Protection Program (PPP). For the first time in our nation’s history, the federal government has subsidized clergy salaries across the country. What happened to the separation of church and state? We can thank the federal government for using Covid-19 to further erode our US Constitution and the churches for their voluntary participation. Both the Bible and the Spirit of Prophecy tell us that pastors’ wages are supposed to be paid with tithes, not taxes. When the federal government begins to pay our pastors’ salaries, many questions should arise about how this relationship affects the separation of church and state.

“The light which the Lord has given me on this subject is that the means in the treasury for the support of the ministers in the different fields is not to be used for any other purpose. If an honest tithe were paid, and the money coming into the treasury were carefully guarded, the ministers would receive a just wage” (Manuscript 142, 1903).

“Neither was there any among them that lacked: for as many as were possessors of lands or houses sold them, and brought the prices of the things that were sold, And laid them down at the apostles’ feet: and distribution was made unto every man according as he had need.” Acts 4:34, 35.

Federal funds received by churches and other religious nonprofits have been fully disclosed by a nonpartisan oversight group. It turns out that Seventh-day Adventist entities, conferences, churches, ministries and institutions are some of the biggest beneficiaries of the taxpayer-backed program. We have all the names. All are listed in an easy-to-use database. We will see that entities of the Adventist Church, the independent ministries, the two SDA Reform Movements and even the Shepherd’s Rod have been lining up to receive government assistance and handouts.

All of this money was given to the churches indirectly, through banks and moneylenders and not directly through the government, so no one saw the need to question whether or not churches should support their pastors with tax dollars. Our federal government is literally supporting churches financially by paying their clergy. Can no one see the problem with this? The US Government has never subsidized any church payroll since we ratified our US Constitution. This is an effort to establish an image of the beast and entangle the church with the state as Catholics, Protestants and Seventh-day Adventists compete for these funds.

They call these tax subsidies “loans” and the churches were able to apply for them at their local bank. But the truth is that the money for these “loans” was provided by government tax dollars. And if the “loans” were used to pay salaries, then they could be forgiven, meaning the money was more of a grant to fund religious purposes – thereby eroding even more our US Constitution. So here is the list of Seventh-day Adventist entities that received tax dollars. Please note that this is not a complete list. Local churches and church-owned academies and high schools are not included because there are too many to name. Click on the blue links to see the details:

Entities Owned and Operated by the Church 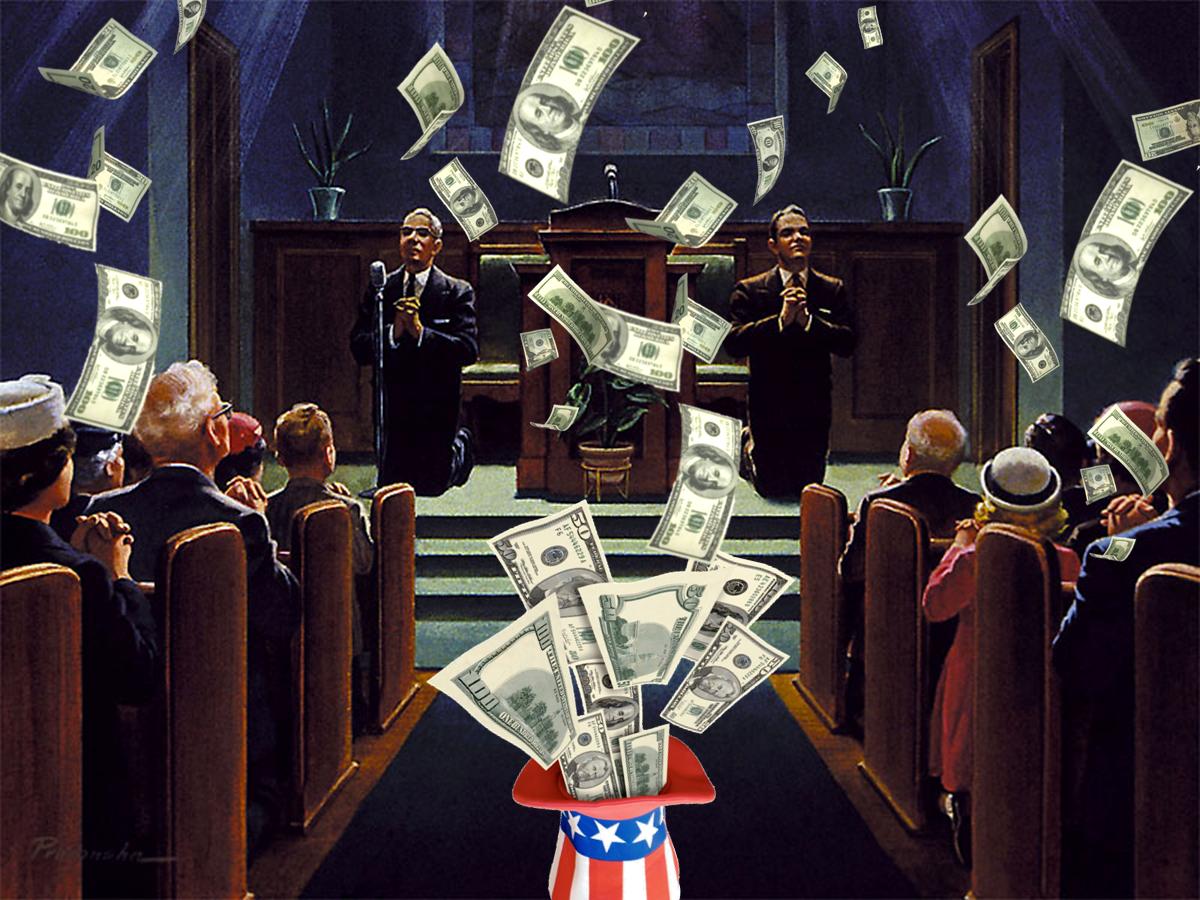 If you add all the money received by these entities from the Seventh-day Adventist Church, you get $72,125,850 in tax-payer money. Remember, these figures do not include local churches that also applied for tax money. These figures also do not include church schools at the academy and high school levels. This creates a problem because this money was supposed to be for “small businesses.”

Is the Church One or Many?

This was a tax-funded program designed to help small businesses with fewer than 500 employees. The Seventh-day Adventist Church is not a small business and has much more than 500 workers. Unfortunately, when applying for government funding, the church has had to describe itself as a collection of small businesses in order to individually qualify for the more than $72 million that the “church” has collectively received.

But we as Seventh-day Adventists know perfectly well that churches, conferences, unions, divisions and the General Conference are not independent entities. When it serves our purposes, we are NOT many churches, but one church, with more than 20 million members; a representative organization that is “one” global family. But when applying for tax money, each organization, church, conference and union applied individually so that we didn’t go over the 500-employee limit. Tragically, many “real” small businesses did not receive any funding because the big church organizations, Roman Catholic, Protestant and Adventist, got most of the money. Remember, the PPP tax money for small businesses was limited and did run out quickly.

It was not just church owned entities that were holding out their hands for government assistance. There are self-supporting ministries that are independently owned and have now become tax-funded, government-supported ministries. These ministries claim to be a little more in line with the blue print given to us by God, but they just can’t seem to keep their hands in their own pockets. Interestingly enough, they seem to have found a new way to finance God’s work in these last days:

Both the International Missionary Society (IMS) and the Seventh-day Adventist Reform Movement have taken federal tax dollars to pay their pastors and workers. Remember, both the Bible and Spirit of Prophecy state clearly that those who labor in the gospel are to be paid with tithe, not taxes.

The Reform Movement has asserted that their dispute with the General Conference has been over the question of participation in combat, and they raise a valid point about the need to become noncombatants. But this argument becomes invalid when their leaders request money from these same governments that traffic in death and profit from war to finance their missions and pay their pastors. If we don’t want to be seen as disingenuous, we must not only be noncombatants, but we must also keep our hands in our own pockets.

The Nevada Conference of the Seventh-day Adventist Reform Movement received $7,552.

Well, the Shepherd’s Rod has been replaced with the Hireling’s Rod. It’s the hirelings that are seeking Caesar’s taxes while doing the work of the Shepherd.

What is most troubling is that all of these Seventh-day Adventist organizations, ministries and churches claim in their fundraising efforts that it is “only by the grace of God and the contributions of the faithful” that they can continue to do God’s work. That’s not true. It is because of our US tax system, however oppressive or corrupt, that allows them to stay funded and engaged in ministry.

“Every man according as he purposeth in his heart, so let him give; not grudgingly, or of necessity: for God loveth a cheerful giver.” 2 Corinthians 9:7.

Those who take tax money to fund their ministries are violating God’s plan for fundraising. Taxes are not given “cheerfully,” but “grudgingly.” Tax payers do not “purpose” in their hearts to support your mission. Their money is forcibly removed from them, and yet we can’t seem to see the problem with this.

So don’t think for a second that taking tens of millions of dollars or even tens of thousands of dollars doesn’t change anything. Sooner or later it does. How can you, with a clear conscience, bite the hand that feeds you? How do you protest the great changes taking place in our country and the national sins (abortion, the LGBT+ agenda, feminism, transgenderism, environmentalism, ecumenism and Romanism) while receiving money from the very people who are leading us into the final apostasy? That’s a serious conflict of interest.

We are not only silent on the moral issues of the day, but what happened to all the so-called lovers of religious liberty when the government started putting money in the pockets of all the Adventist pastors? Where was the protest? There wasn’t any. Why haven’t we heard anything about the $75 million dollars lining the pockets of those who are supposed to be the “watchmen” on the wall?

Well, maybe it’s the money that is keeping us quiet. Maybe that was the plan all along.