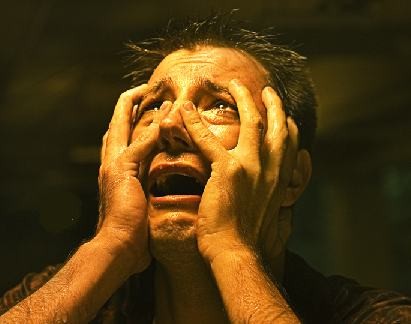 Terror has become routine. Terror watch lists don’t seem to be working. Terror task forces can’t stop innocent people from being targeted. Security measures, legislation, surveillance, tracking and vetting is not slowing down the frequency and escalation of terror attacks.

The most recent act of terror took place in Manchester, UK and targeted children, teenagers and mothers attending a music concert. 22 were killed and 120 more were injured, many severely.

These attacks have become so routine that we are almost becoming indifferent and desensitized because we are so used to them. Dialog, education, multiculturalism, religious toleration, ecumenism, interfaith cooperation have all failed to secure peace and prevent the death of innocents at the hand of terrorists.
Some believe that by annihilating ISIS that terror attacks would stop. But if ISIS is blotted out of existence, would terror really disappear? How many other organizations or groups would be ready to take its place – Hamas, Hezbollah, Muslim Brotherhood, Al-Qaeda, Boko Haran or others?

Part of the reason why terror has become a global phenomenon in recent years is because this is one of the major end-time scenarios that would exist just prior to the imminent return of Jesus. Notice how terror will precede the second coming of Christ in the clouds of glory:

“Men’s hearts failing them for fear, and for looking after those things which are coming on the earth: for the powers of heaven shall be shaken. And then shall they see the Son of man coming in a cloud with power and great glory.” Luke 21:26-28.

What is it that causes this global fear and panic? Jesus tells us that it will be cause by “wars and commotions.” Yet Christ says to His followers not to be “terrified” over these events. Why? Because wars, conflicts and terror must “first” come to pass before the second coming:

“But when ye shall hear of wars and commotions, be not terrified: for these things must first come to pass.” Like 21:9.

Jesus didn’t predict a utopia of peace and harmony throughout all the earth prior to His second advent. Revelation 11:18 tells us that the “nations” would be “angry” during the time that God will judge the world and reward them for their works.

So all these efforts to eradicate terror will only result in newer organizations and groups taking their place. The real cause for the chaos in these last days is not by direct decree of God. God only predicts the conditions that would exists. Our world is only reaping the consequences of rejecting the entreaties and mercies of the Son of God.

Sadly our generation is departing from Christianity as God’s word is being replaced with man-made philosophies and secular humanism. Too many today are sacrificing the truths of God’s word for the sake of securing the appearance of peace and acceptance with the multicultural, politically correct New World Order. But there is no true lasting peace on earth without first seeking peace with our Creator and God.

“Thou hast destroyed thyself; but in me is thine help.” Hosea 13:9.

These destructions come as a result of iniquity.

“Return unto the Lord thy God; for thou hast fallen by thine iniquity.” Hosea 14:1.

The suffering we see is partly due to the punishment visited as a result of rejecting God and His moral law – a law that ensures true lasting justice and peace for all people. By stubborn rejection of divine love and mercy, mankind is causing the protection of God to be withdrawn from us, and Satan is permitted to rule this world according to his will.

“God does not stand toward the sinner as an executioner of the sentence against transgression; but He leaves the rejectors of His mercy to themselves, to reap that which they have sown. Every ray of light rejected, every warning despised or unheeded, every passion indulged, every transgression of the law of God, is a seed sown which yields its unfailing harvest. The Spirit of God, persistently resisted, is at last withdrawn from the sinner, and then there is left no power to control the evil passions of the soul, and no protection from the malice and enmity of Satan.” Great Controversy, p. 36.

When Christ returns then will every form of terror finally cease. The Lord will establish an everlasting kingdom where truth and righteousness will reign. The global rein of terror will end, but the people of God will live on for eternity.