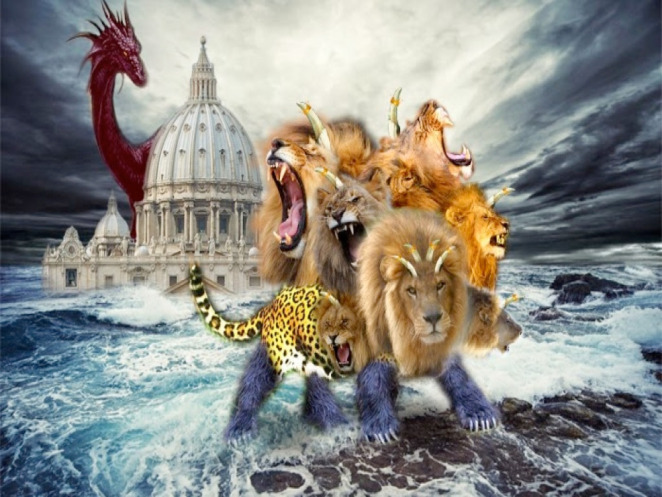 Over the years there have been different voices who have expressed that our historic beliefs were only useful during the 19th Century and that somehow today they are no longer needed. Some have argued that our teachings about the beast and the image, the union of the churches, the enforcement of the mark, 666 and the future persecution of the Remnant people are not an accurate description of the future.

Nothing could be further from the truth. The opposite is actually true. Historic Seventh-day Adventist eschatology is more accurate and more relevant today than at any other time in history. In fact, the closer we get to the end of time the more spiritually significant our final warning message becomes.

Consider the bold predictions made over 130 years ago regarding the issues that will be at the forefront during the final crisis:

“Thus the message of the third angel will be proclaimed. As the time comes for it to be given with greatest power (Latter Rain) the Lord will work through humble instruments, leading the minds of those who consecrate themselves to his service … The fearful results of enforcing the observances of the churchby civil authority (Sunday law), the inroads of Spiritualism, the stealthy but rapid progress of the papal power,—all will be unmasked. By these solemn warnings the people will be stirred. Thousands upon thousands will listen who have never heard words like these” (Great Controversy, p. 606).

1. Rise of the Papal Power

It is worthy to notice that when these predictions were made over 130 years ago the Pope was not traveling all over the world promoting a one world religion. [1] Today, Rome has achieved what medieval popes could only dream about. Rome has become the spiritual conscience of the world and the greatest geopolitical influence with regards to spiritual matters. [2]

Rome’s influence today has spread beyond medieval Western Europe. They are now working to shape the religious and political landscape in Asia, Africa, Australia, South America, North America and in all of the civilized world. The healing of the deadly wound (Revelation 13:3) is one of the clearest indications that we are at the end. And unlike earthquakes, floods, wars and natural disasters this “healing” only happens one time in Bible prophecy.

This is an astounding prediction that is now unfolding before our eyes. When Ellen White warned about the coming “three-fold union” Protestants and Catholics weren’t even having any interfaith conversations. Ecumenism is a modern phenomena. Protestants and Roman Catholics have only recently been engaging in building bridges during the last 60 years. However, inspiration predicted that not only would Protestants and Catholics unite but they would also reach across the “gulf” to embrace Spiritualism:

“The Protestants of the United States will be foremost in stretching their hands across the gulf to grasp the hand of Spiritualism; they will reach over the abyss to clasp hands with the Roman power; and under the influence of this threefold union, this country will follow in the steps of Rome in trampling on the rights of conscience” (Great Controversy, p. 588).

When this statement was penned in 1888 it seemed almost incomprehensible that Bible-believing Protestants would form a “three-fold union” and would be entering into collaboration and joint worship services with Roman Catholics, pagans, spiritualists, indigenous faiths, pantheists, Buddhists, Hindus, Jainism and witches. It is happening, just like Historic Seventh-day Adventist eschatology said it would. [3] [4]

This is a topic that many Seventh-day Adventists are struggling to recognize. And our failure to heed God’s warning on this matter is causing us to take a stand on the wrong side. Two important points are made about the Sunday law in the two statements above. (1) Sunday laws will come through stealth; meaning that they will be mixed in with other issues to conceal their true nature. (2) Climate disasters will be given as one of the main reasons for establishing these Sunday laws.

Pope Francis’ climate encyclical ‘Laudato Si’ was created to be implemented as legislation. That is what Catholic experts and scholars are saying about ‘Laudato Si.’ This was not written to simply be a conversational piece for pastors and churches. According to Catholic experts ‘Laudato Si’ is “legislation” that they are predicting will become “law” within 10 years or less. [6]

And instead of affirming our Historic Seventh-day Adventist eschatology, instead of proclaiming the special truths of Revelation 14:6-12 (the Three Angels’ Message) as the only solution to our world’s current moral crisis, we are joining the ranks of the enemy and embracing the climate change movement – the same movement that is promoting the Pope’s green Sunday rest agenda. [10]

We are seeing with our eyes world events that our Seventh-day Adventist pioneers wished they could see. We are witnessing  prophetic fulfillments that all of the ancient prophets hoped they could live to see. Historic Seventh-day Adventist eschatology is the culmination of all the ancient prophecies. Our teachings on the end-times are sure, clear, significant, relevant, necessary, dependable and trustworthy.

We have not followed the teachings of one individual or of a small group of people. We have followed the moving of the Spirit of God through the Spirit of Prophecy. And it won’t just be one person or one voice who will proclaim this solemn end-time message during the closing work. Praise God! Notice how our message will close with power:

“By thousands of voices, all over the earth, the warning will be given” (Great Controversy, p. 612).