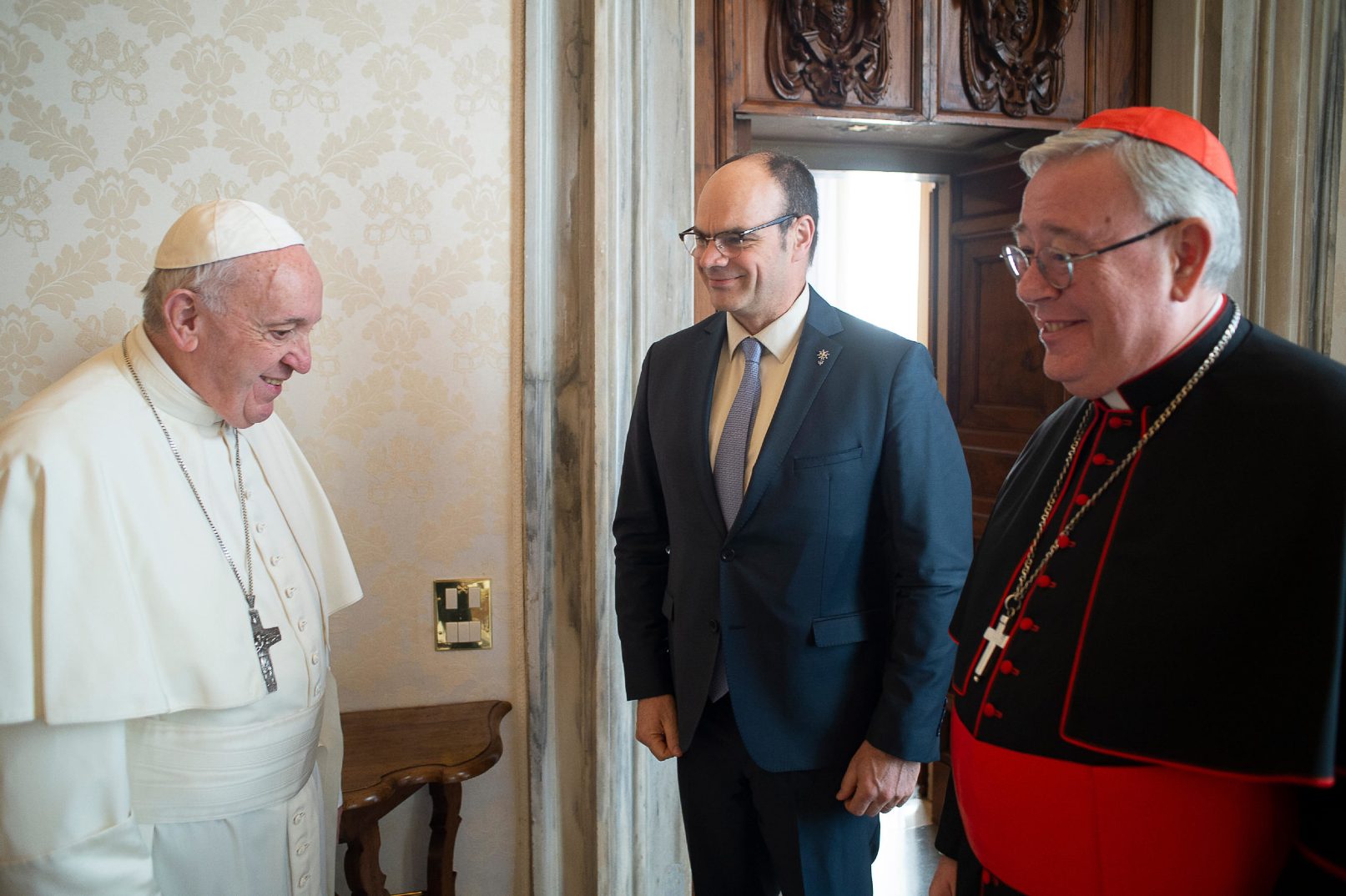 “And power was given him over all kindreds, and tongues, and nations. And all that dwell upon the earth shall worship him [beast], whose names are not written in the book of life of the Lamb slain from the foundation of the earth” Revelation 13:7, 8.

These verses describe the consolidation of worship. This ecumenical unity is a matter of Bible prophecy. The great beast power of Revelation will bring the churches together and unite them into one, by any means necessary. Whether through ecumenism, through man-made or natural disasters or by a future Sunday law, Rome wants everyone to be on her side. One thing is certain: this call for unity is being accelerated by the Vatican as a result of the coronavirus crisis.

On April 2, 2020, the Vatican released a news report on a new joint statement signed by the Presidents of the two largest and most influential Catholic and Protestant organizations in Europe. The joint statement signed by the COMECE and the CEC was titled “Let us stay together” and spoke of “renewed commitment” and “solidarity” in the face of the “coronavirus pandemic.” [1]

Commission of the Conferences of Catholic Bishops of the European Union (COMECE) – Jesuit Cardinal Jean-Claude Hollerich is president of the COMECE. This Roman Catholic organization has 33 different bishops who represent the Vatican’s political interest throughout the European Union. [2] President Jean-Claude Hollerich signed on behalf of the COMECE.

Conference of European Churches (CEC) – Christian Krieger is the President of the CEC. This is a community of 114 Orthodox, Evangelical, Protestant and Anglican churches [3], plus 24 National Councils of Churches [4] and 17 Associated Organizations [5] from all the countries in Europe. President Christian Krieger signed on behalf of the CEC members.

Not only did these two Presidents sign a “solidarity” document representing Catholics and Protestants, they also traveled to the Vatican to receive the Pope’s blessing. This is a day of mourning for the successors of the Reformation because today’s Protestants are embracing serious theological errors. The entire religious and political world is congregating in Rome to coordinate their operations as predicted by prophecy:

As the coronavirus pandemic spreads across Europe, churches are rapidly uniting with the Vatican. The response has been to try to change the religious landscape by showing solidarity, love and unity with all religions. This is what Rome wants and it does not matter that the end justifies the means, even if it is through pandemics. Rome never lets a crisis go to waste without capitalizing on it because prophecy tells us that she will become the greatest religious superpower in the last days:

Rome is being restored to all its former glory. Under the reign of the Antichrist, no one will be allowed to overshadow the authority of the Papacy. During this season of unprecedented fear and hysteria, the religious world has joined Rome for peace and unity. This is happening thanks to interfaith fellowship and worship. Ecumenical commitments will continue to increase throughout the world by all the world’s religions:

Many will see this as a wonderful step in the right direction. But inspiration reveals to us that this false unity and hope is being built upon rebellion and transgression to God’s moral law and will only lead to more terror and confusion:

“God is permitting the elements of confusion and disorder to bear sway for a season. A power from beneath is working to bring about the last great scenes in the drama … Transgression has almost reached its limit. Confusion fills the world, and a great terror is soon to come upon human beings. The end is very near. We who know the truth should be preparing for what is soon to break upon the world as an overwhelming surprise” (Testimonies, vol. 8, p. 28).

We live in dangerous times. Our world is changing rapidly, and the coronavirus has shown us how quickly things can deteriorate in an instant. Those who conspire to implement tyranny would love to keep God’s people imprisoned and locked up so that the third angel’s message is not shared. The good news is that during this time of crisis, God is still in control! He will work in a supernatural way so that His people can fulfill their divinely appointed work:

“The opposition of the enemies of truth will be restrained that the third angel’s message may do its work” (Great Controversy, p. 610).

“The bulwarks of Satan will never triumph. Victory will attend the third angel’s message. As the Captain of the Lord’s host tore down the walls of Jericho, so will the Lord’s commandment-keeping people triumph, and all opposing elements be defeated” (Testimonies to Ministers, 410).