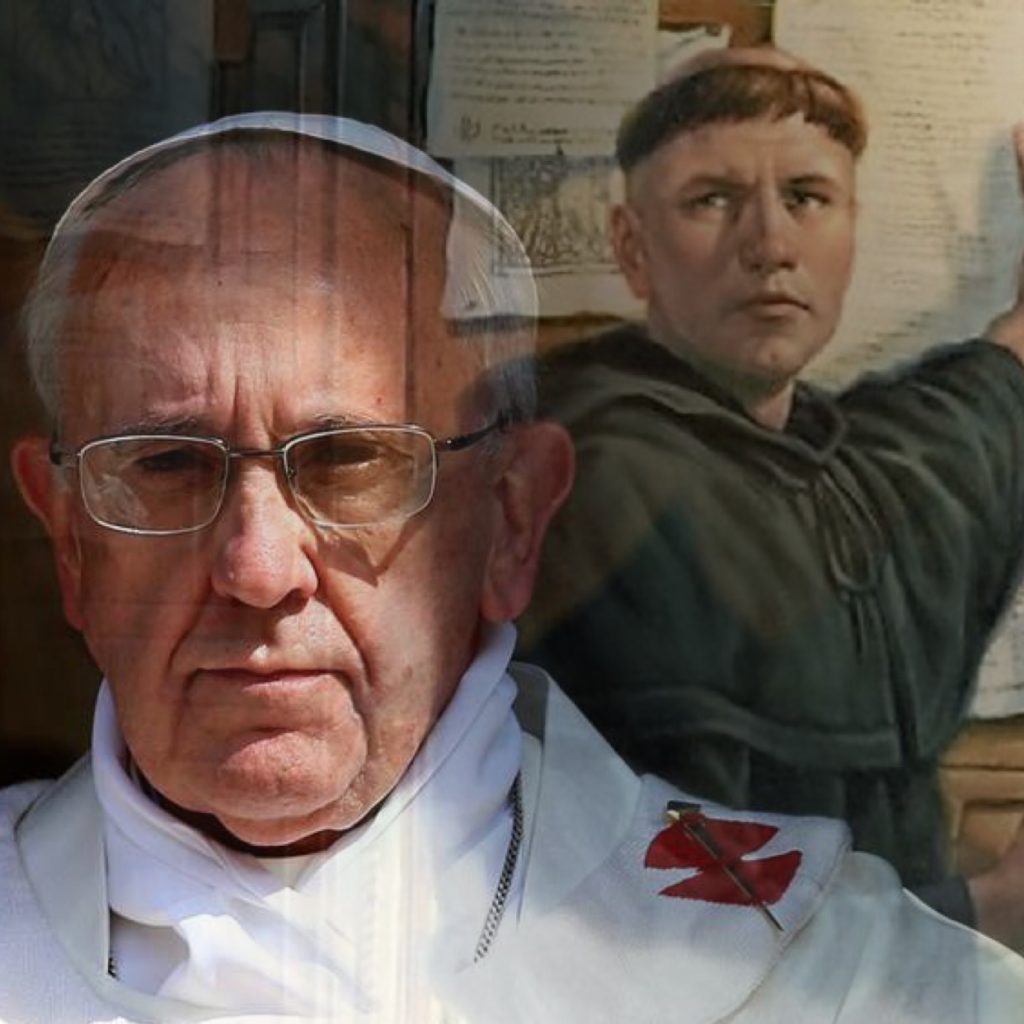 Pope Francis has praised the move on the part of the World Communion of Reformed Churches (WCRC), the largest association of Reformed Churches representing 80 million members in 108 nations. The WCRC has joined the Methodist Church and the Lutheran Church by signing their names to the Joint Declaration on the Doctrine of Justification.

This declaration was an agreement between the Lutheran Church and the Roman Catholic Church that basically ended the protest raised by Martin Luther 500 years ago. It states that the churches now share a “common understanding” on justification, God’s grace and salvation – the very doctrinal issues for why the Protestant Reformation began in the first place.

The 74-million strong World Lutheran Federation, and the Roman Catholic Church signed the agreement between the two faiths on October 31, 1999.

The World Methodist Council, with its 80.5 million members, unanimous decided to adopted the same agreement with the Catholic Church in 2006.

Roman Catholics, Lutherans, Methodists, and now various Reformed Protestant Churches have united in their basic understanding and teachings of the “gospel.”

This signing ceremony between Protestants and Roman Catholics took place in the town of Wittenberg, Germany. It was in Wittenberg that Martin Luther nailed his 95 Theses to the door of the Roman Catholic Church on October 31, 1517 protesting the corruption of the church. 500 years later Protestants have come full circle. And in the very place where Protestantism was born, Protestantism has died.

A new era of cooperation and unity has begun. Rome is now experiencing a time of healing and reconciliation with this latest signing. Rome has overcome the divisions of the past and is coming into full unity with the Protestant Churches. These churches have now accepted each other’s faith as equally valid.

Even though Christians are called to unity, this unity should not be achieved by sacrificing the clear Biblical teachings of Scriptures. Doctrine is paramount, especially when it concerns the principles of the faith.

Notice the reasons why millions of sincere Christians during the Dark Ages left the fellowship of the Roman Catholic Church in the first place.

“After a long and severe conflict, the faithful few decided to dissolve all union with the apostate church if she still refused to free herself from falsehood and idolatry. They saw that separation was an absolute necessity if they would obey the word of God. They dared not tolerate errors fatal to their own souls, and set an example which would imperil the faith of their children and children’s children. To secure peace and unity they were ready to make any concession consistent with fidelity to God; but they felt that even peace would be too dearly purchased at the sacrifice of principle. If unity could be secured only by the compromise of truth and righteousness, then let there be difference, and even war.” (The Great Controversy, 45).

These attempts by the modern churches to bridge the differences between Protestants and Catholics is dangerous. Rome hasn’t given up any of her doctrines. Error will never bring sanctification or righteousness.

When Protestants sign these statements with Rome they need to know that they are compromising their faith on the alter of a false synthetic unity that will lead to the destruction of the historic Protestant faith.

The scriptures have declared that the papal power of Prophecy would use peace and unity to destroy the pure faith of God’s people:

Below is an adapted version of the poem entitled “First They Came” to illustrate the spiritual crisis the Protestant churches are in. May God preserve the spirit of the Protestant Reformation as we endeavor to keep the flame alive.:

First Rome came for the Lutherans, and I did not speak out—
Because I was not a Lutheran.

Then Rome came for the Methodists, and I did not speak out—
Because I was not a Methodist.

Then Rome came for the Reformed Churches, and I did not speak out—
Because I was not a Reformed Christian.

Then Rome came for me—and there was no one left to speak out for me.