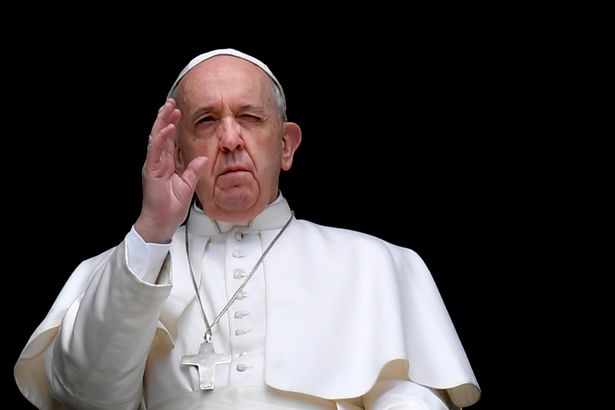 The political machinery of the Vatican has no rival. Its religious and diplomatic power is so great that its influence, according to Bible prophecy, will be felt around the world. Notice what the word of God tells us:

“And all the world wondered after the beast … and they worshipped the beast, saying, Who is like unto the beast? who is able to make war with him?” Revelation 13:3, 4.

Yes, the world is completely amazed at the great influence that Rome exerts in the political field – with its tremendous long-range tentacles that span all corners of the earth – and growing!

“Rome is aiming to re-establish her power, to recover her lost supremacy” (Great Controversy, p. 581).

Its diplomacy is so influential that it can help influence the laws of any nation either directly or indirectly. We know from both history and Bible prophecy that Rome’s innumerable religious, cultural, and social agendas are primarily to further and serve the spiritual and political interest of her own end. This is described as the wine or doctrines that she spews out on the whole world:

Take, for example, an article published in a secular newspaper located in Ventura County, California called the ‘Tri County Sentry.’ They published a news story called, “All Humankind Should Heed Pope Francis.” This is not a religious publication making this call; it’s a secular newspaper. It is not only the religious world that has embraced Rome. The secular world is promoting the papacy as the main diplomatic power in the world that “all of humanity” must follow.  Here is what the newspaper published:

“We must heed and act on the Pope’s urgent message right now. Each of us must be visible and vocal and persistent in acting upon his message to bring hope during this trying time to millions of our brothers and sisters around the world who are suffering. The Pope’s urgent call for bold action, including a universal basic wage to help those caught in the trap of poverty, is both just and common sense.” [1]

Within the last few decades we have been seeing the rise of the Vatican in global politics. Rome has emerged in its struggle to surpass everyone as the world’s most influential superpower. Rome is not content with being preoccupied only with its “religious” tasks; rather, she is feverishly engaged in a race to be recognized as a spiritual and temporal power throughout the world.

We are living in a day in which the activities of the United States, the European nations, China, Russia and even the Islamic nations are publicly criticized and scrutinized. However, Rome, whose power and influence is much more aggressive, is never questioned in her effort towards her ultimate goal: the Catholicization of the world!

The signs of the times are obvious. The healing of the “deadly wound” will only happen one time, and we are seeing it come to pass. The prophecies are being fulfilled. The question during this solemn time of earth’s history should be: Whose side of this controversy are we going to be on? Are we allying ourselves with the Great Apostate? Or are we allying ourselves with God’s faithful people who keep the commandments of God and have the testimony of Jesus (Revelation 12:17).

On one side is the dragon, the beast, the false prophets and the entire world who are conspiring to make war against the Remnant people. On the other side are the faithful, loyal,  obedient, commandment-keeping people who will be proclaiming God’s final message (Revelation 14:6-12) to the world. There is no middle ground or compromise between these two sides. Whose side will we be on?