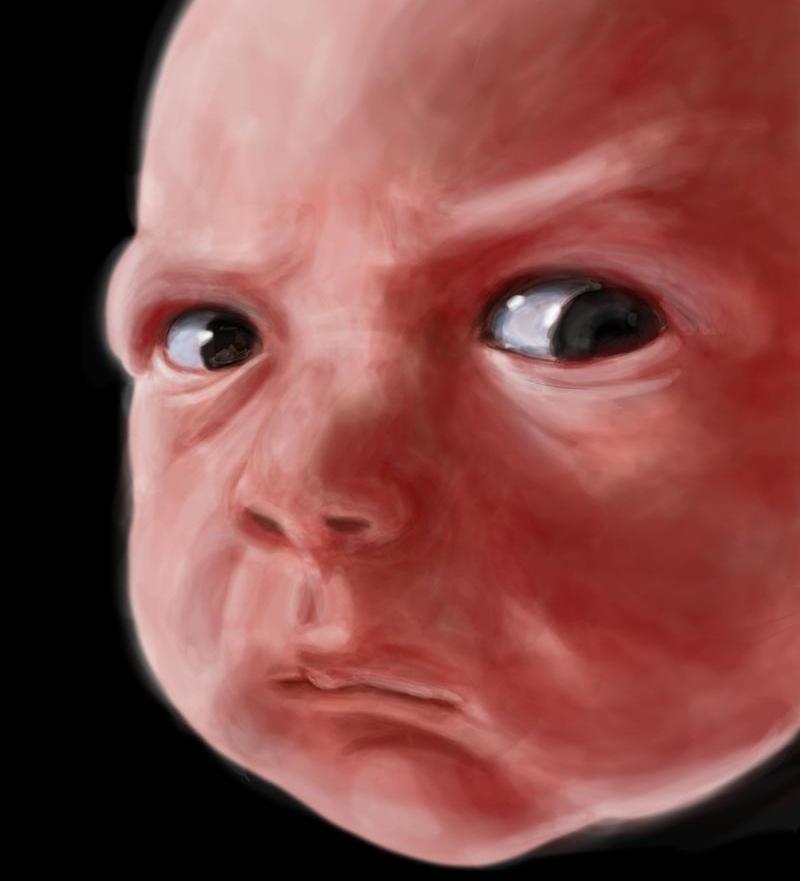 The Seventh-day Adventist Church has issued a statement after the historic vote to legalize abortion in Argentina. [1] We were hoping for a courageous and Spirit-filled response, as our broken generation is literally standing at the gates of hell ready to fall in. We were praying that maybe Adventists in Argentina would not act like those in the United States and that perhaps they would take a stand and proclaim the truth of God’s word on the issue of abortion.

We were wrong. The wishy-washy response from our Seventh-day Adventist people in Argentina was disappointing. Too many of our members have become so politically compromised that we no longer have anything to offer the world. We no longer see the need to call the nation to repentance for its sins, and we say nothing about the church’s silence on abortion.

The official response of the church was as follows:

“As Adventist Christian institutions, we defend the value of prenatal life and human dignity, understanding that this constitutes an act of faith in God, creator and sustainer of all life. We also believe that God gave us freedom of choice, which is why we do not seek to impose our beliefs through legislation. We respect the freedom of all people, as well as the laws of society.” [2]

That’s all they said about abortion. “We defend and value prenatal life, but we are not against abortion laws.” This is not a position that opposes abortion. Adventists in Argentina respect everyone’s freedom, including the freedom to kill unborn babies. What about other violent crimes? Are Seventh-day Adventists in Argentina also against laws that forbid rape, armed robbery, arson, kidnapping, child abuse or domestic violence? Or do they also respect people’s freedom to commit these crimes?

This is one of the most political responses to the abortion question. It is an attitude of passive complacency. Adventists in Argentina have been silent on this issue and only now come out to speak because they are more concerned about their own skin than about aborted children. Their statement on abortion focused more on Adventist hospitals and whether or not they will be exempt from performing abortions. The Adventist Church in Argentina continued:

“When analyzing the bill of voluntary interruption of pregnancy that the Chamber of Deputies of the Argentine Nation turned to the Senate, we want to express ourselves before what constitutes an impairment of the right to freedom of conscience. This is because said project does not include the necessary institutional conscientious objection based on the establishment’s ideology. As defenders of Religious Freedom and the principle of separation between State and Religion, we do not intend to impose our biblical conceptions or beliefs, nor to set ourselves up as a conscience of those who think differently.” [2]

However, the ideology of our institutions is based on rights guaranteed by the National Constitution and international human rights instruments, which today we warn affected. We hope that this concern is addressed. We value that conscientious objection has been guaranteed to health professionals, but we request that the guarantee be extended to all health personnel who collaborate with them. Likewise, we request that the State guarantee respect for the ideology and conscientious objection of our institutions. [2]

Our position on abortion in Argentina is this: “Leave us alone and we will not object to the new abortion law.” These are statements meant to please everyone and make us look good in the eyes of the world. There was no public repudiation or condemnation of the new on demand abortion law. The murder of the most innocent and defenseless has been legalized, and we are OK with that? In short, Seventh-day Adventists in Argentina don’t want to step on anyone’s toes or fight anyone, not even Satan.

Not a word about the spirit of evil that hides behind the new abortion law in Argentina, which was endorsed by the majority within the legislative branch. Not a word about the new late term abortions, up to 9 months, which is the most barbaric act committed today. Why are we silent? Because of religious liberty? What kind of religious liberty are they talking about? The kind practiced by the ACLU, the Southern Poverty Law Center and other left-wing liberal advocacy groups?

It is clear that for Seventh-day Adventists both in Argentina and in the General Conference, the real fundamental issues that need legislative action are immigration, the environment and other globalist causes, but not the murder of innocent children. And it is also clear that since the legalization of abortion in Argentina, the Seventh-day Adventist Church, as well as other religious organizations, will allow the murderous wave of abortion to advance in the nation without opposing it.

The poor defenseless children in the womb have been left alone in their struggle to survive. No political or religious organization is willing to help them. Every day our people resemble the Laodicean church more and more: “I know thy works, that thou art neither cold nor hot: I would thou wert cold or hot. So then because thou art lukewarm, and neither cold nor hot, I will spue thee out of my mouth.” Revelation 3:15, 16.

How strikingly different we have become from the church of God in previous generations:

“From the days of Christ until now, his faithful disciples have excited the hatred and opposition of those who love and follow the ways of sin” (Great Controversy, p. 46).

“The third angel is represented as flying in the midst of heaven, symbolizing the work of those who proclaim the first, second, and third angel’s messages; all are linked together. The evidences of the abiding, everliving truth of these grand messages that mean so much to us, that have awakened such intense opposition from the religious world, are not extinct” (Selected Messages, Vol. 3, p. 405).

The greatest danger our people face today is the misguided attempt to preach a gospel without the Holy Spirit, without Christ, without denouncing sin, without preaching repentance and without creating any opposition. We are so afraid of offending others that we have accepted the lie that loving people means compromising the gospel by making it smooth and comfortable.