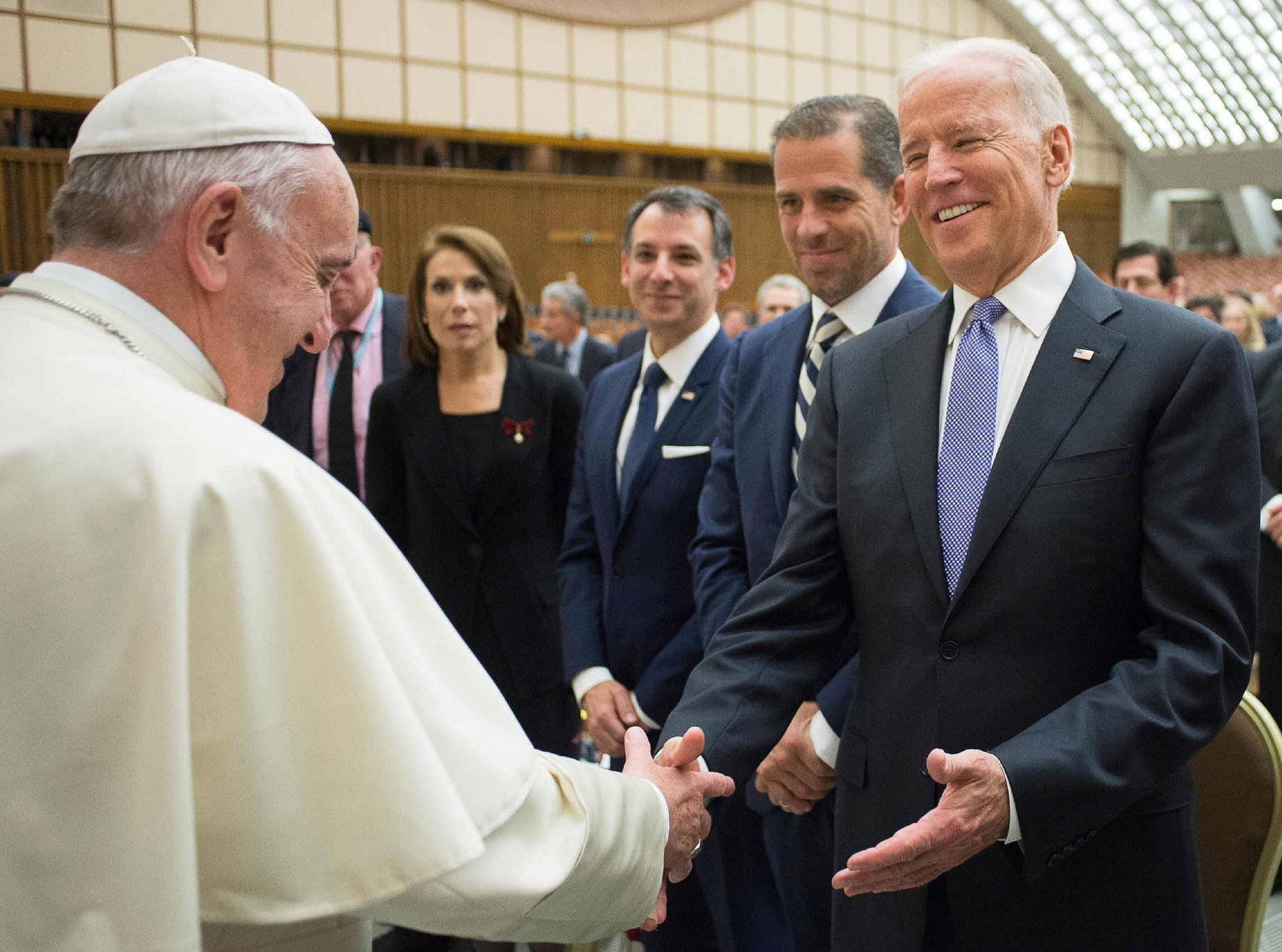 The Joe Biben administration and Pope Francis’ pontificate are creating an unholy alliance that will enforce Catholic social doctrine, while denying others their religious freedoms. Joe Biden and Pope Francis are strategically teaming up to use their power to propel the world towards the Great Reset, which is the resurgence of global socialism under the guise of Catholic social justice. This union is the culmination of Vatican II and represents what Rome has been trying to bring to the world.

Modernism and liberalism are the epitome of the current papacy and the American presidency. We see a union between the global left and Pope Francis as they commit to working together on areas of common ground. We are not talking about the Pope speaking out on the current problems of our world. No. What is worrying is his participation and engagement with liberal policies that go beyond the scope of a religious institution. There is no problem when church leaders weigh in on issues that arise in politics. Churches can certainly speak up for or against any political measure. But that is not what we are seeing under the pontificate of Pope Francis.

In fact, the Pope and other religious leaders have been silent on the real moral issues (abortion, gay marriage, transgender identity, etc.) while engaging in political issues that God’s word does not sanction. A new morality has been created. It’s no longer about the 10 Commandments. It’s about climate change, open borders, mass migration, universal income, wealth redistribution, ending capitalism and Sunday sacredness (Laudato Si’). The voice of the church is being misapplied and misused by self-serving politicians dressed as clerics. Instead of sharing what God says about salvation and sin, religious leaders are trying to reshape our world politically with Marxism (Fratelli Tutti).

One of the main issues on which the Vatican and the United States are coming together is climate change. Both President Joe Biden and Pope Francis have called this one of the biggest problems facing the world. Joe Biden is making climate change the centerpiece of his administration and has surrounded himself with scientists from the Pontifical Academy of Sciences. These are scientists who are appointed by the Pope to become members of the Vatican-based group.

Joe Biden has appointed Eric Lander, a Fellow of the Pontifical Academy of Sciences, [1] as his Presidential Scientific Advisor and Director of the Office of Science and Technology Policy, a new position in the White House cabinet. [2] This unholy alliance is trying to use religion to “depoliticize” the issue of climate change. Rome has become the new propaganda tool to persuade all the world religions to embrace their climate message. So we are being bombarded by Pope Francis who is telling us that climate change is not a political issue, but a religious and moral imperative that must be addressed immediately.

This type of collaboration between church and state will continue to grow and will ultimately be seen as the solution for bringing permanent religious, social and political change. The church is taking a more active role in facilitating global policy, and politicians and governments are coming together to implement these reforms. This trend towards political and religious unity is the foundation for the unholy alliance between the Vatican and the United States.

Considering that such a unity will allow Rome to more effectively promote a new social and political society (Fratelli Tutti), many Protestant leaders are already reaching across the gulf and clasping the hand of Rome in the work of remodeling of our political and religious structures. Everyone is coming together, and the Biden administration will implement Rome’s policies faster than you can imagine in the coming months.

Let us beware of such a union. Prophecy declares that such a framework will be used to implement the mark of the beast. There will be a movement to establish Sunday observance by law (Laudato Si’). We have known for years that such a movement was coming. These predictions are based on the Word of God. Prophecy predicts that a sinister power would arise in the last days and impose a “religious” test on the people.

“And all that dwell upon the earth shall worship him, whose names are not written in the book of life of the Lamb slain from the foundation of the world.” Revelation 13:8.

The above versus describes a religious requirement imposed by the state. The seed of this development is present in this new unholy alliance between the Vatican and the United States. And although the whole world may be in favor of this cooperation, God is against it. The beast power of Revelation 13 will eventually pronounce a death penalty on those who refuse to worship the beast and receive his mark, but God will pronounce the penalty of everlasting death upon those who do (Revelation 14:9).

The stage for this final conflict is unfolding before our eyes. Governments must be very careful not to participate in any attempt to impose religious propaganda on their people by law. That is not part of the state’s business, and religion is always in a much healthier spiritual condition when its doctrines are confined to its own legitimate sphere and away from politics. Establishing a religious test in these last days is something that God never authorized or commanded, and it will only bring persecution on the minority.

“Sooner or later Sunday laws will be passed. But there is much for God’s servants to do to warn the people. This work has been greatly retarded by their having to wait and stand against the devisings of Satan, which have been striving to find a place in our work. We are years behind” (Review and Herald, February 16, 1905).